This Company Wants To Be ‘The Netflix of Virtual Reality’

NextVR wants to change how you watch sports 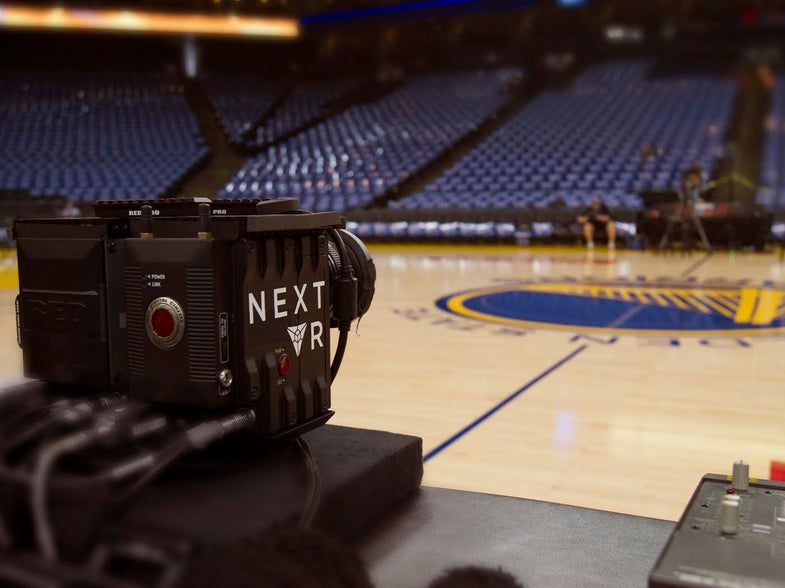 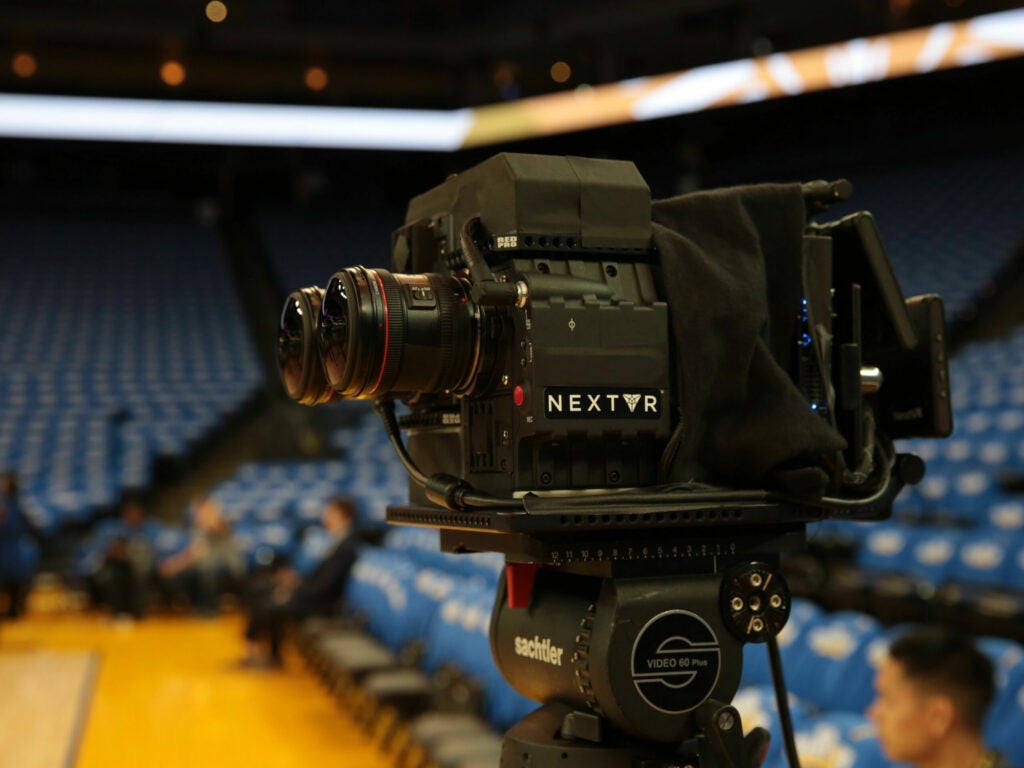 This camera will capture your favorite basketball players in VR.

That includes the tournament’s quarterfinals, semifinals, and title game (in total, seven games). While the company won’t disclose the number of users who will don the Samsung Gear VR headset to witness Butler’s Roosevelt Jones’ unique push shots, NextVR is banking that fans will have a strong appetite for VR-enhanced live events — it has signed a five-year deal in February with Fox Sports, which owns the rights to premier athletic events like the World Series, the Daytona 500, and the 2017 Super Bowl.

“I would categorize us a Netflix of virtual reality,” says D.J. Roller, a NextVR co-founder whose previous credits include cinematographer for both a 3-D broadcast of an N.B.A. All-Star Game and IMAX film of a U2 concert (he also designed an underwater 3-D camera). “Netflix has a technology platform, but they also produce content. And we do produce content, but we’re not a production company for hire.”

For the Big East Tournament, NextVR will place 4 paired cameras around the basketball court: one at midcourt, one at either basket stanchion, and another high up in the arena. A fiber-optic cable will whisk the footage to the NextVR production compound inside Madison Square Garden. Like any typical TV production booth, the studio is full of switches and mixers, and a director will be responsible for cutting between camera vantages.

But what will be different at this live sporting event is the video encoding software on-site that will convert the vast troves of data into streams that will then transmit to Gear VR users around the world.

Though users will be able to download the Big East broadcast for free via the NextVR app, Roller envisions the company producing or co-producing future broadcasts with ads or pay-per-view fees footing the bill. No one is quite sure how exactly virtual reality will evolve within the roughly $26 billion per year sports TV industry, and NextVR is interested in partnering with entities, like Fox Sports, that hold valuable broadcast rights in order to demonstrate what its technology can do.

“We partner with rights holders, whether a broadcaster, a league, a team, or an artist,” says Roller. “And we deliver full stack, from camera to delivery.”

“Full stack” is tech-speak for everything included. Given the inherent technical complications to produce this new medium, Fox Sports would rather let NextVR figure out the production challenges than build a shop from scratch.

Since NextVR claims to be unable to estimate the size of its audience, just how large is the potential user base? A Piper Jaffray analyst in 2015 bullishly forecast that Samsung would sell 5 million Gear VR units by the end of this year, though actual reality suggests demand might be softer than that: in February, the company began giving the $99 headsets away for free as a sweetener for purchasers of the new Galaxy S7. 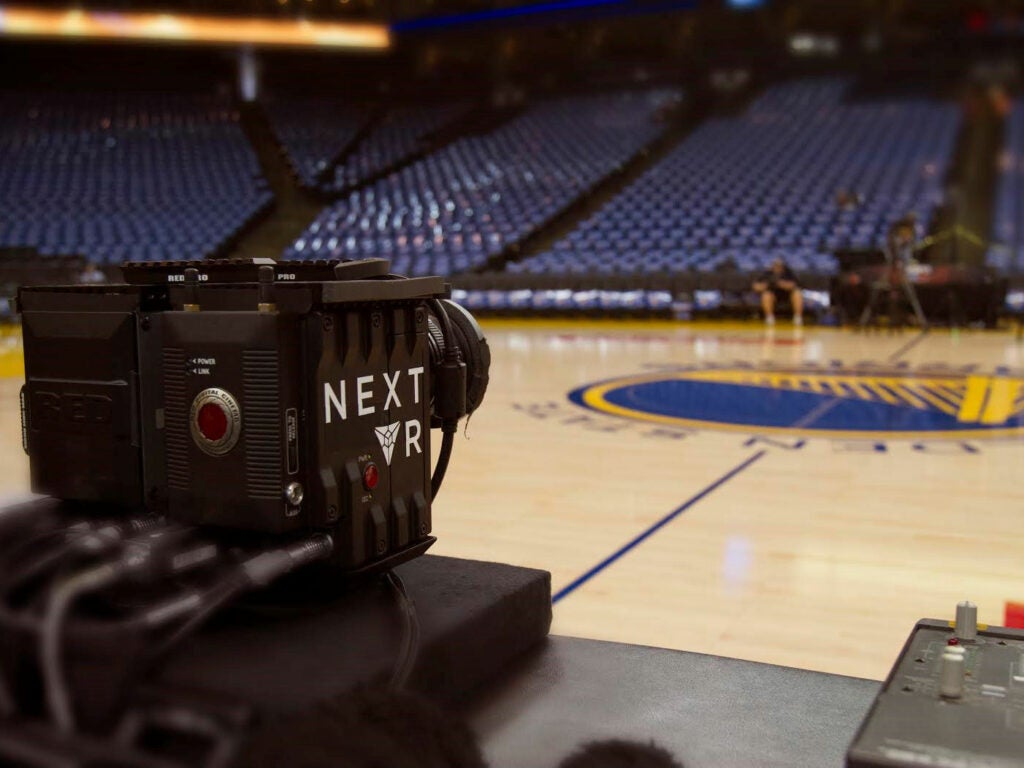 Regardless of the actual amount of Gear VR users, NextVR wants to produce a turn-key platform that is both capable of delivering a consistent and exemplary VR experiences (that will then rope in early adopters). A NextVR spokesman stressed to Popular Science that the company plans to be “goggle-agnostic” — capable of running its productions on any of the headsets that are believed to come to market in 2016, which includes the Oculus Rift, HTC Vive, and Sony Morpheus.

We are so accustomed to the ritual of watching television — even if you have cut the cord, there are still steps you follow every time you go to Hulu or Amazon Prime. The real challenge NextVR must supplant is whether the product will be high-quality, or gripping, enough to develop from novelty into a bona fide broadcast medium. Otherwise, why would a fickle public justify with no shortage of screens vying for its attention justify an investment? Whether this new medium will complement traditional broadcasting or ultimately replace it is an open question.

Roller notes that in spite of the rise of television and then the Internet, sports radio broadcasts continue to have a strong niche. He says the strength of live sports VR is in its “immersiveness,” of virtually embedding the viewer in a place where no tickets are available – like beneath the baskets.

According to Roller, “If you were watching on television, you may be looking at a tight shot of something going on. Whereas if you’re at the game or in VR, you’re seeing what’s going on, on the court, but you turn to your right, and you look and see a coach yelling at a player. You’re spatially aware in a way you never would be with television.”

Early attempts have been less than successful — many of those who donned Gear VR headsets to watch the first VR presidential debate in October 2015 found the experience lackluster or frustrating. As Wired‘s David Pierce wrote in a scathing review: “Everyone looked like faceless holograms, and the set felt glossy and fake. It was like being in Disney World’s Hall of Presidents, watching a bunch of animatronic not-quite-people reenacting historical events.”

The quality of the footage, though, will inevitably improve – that’s the way of all tech. And odds are that 3D VR will indeed become a major force in sports broadcasting, one of the few areas of media that continues to grow.

And, with a single sideline ticket for the Big East Tournament championship game currently fetching $800 on Stubhub, watching the game on a $99 Gear VR may feel like a more-than-adequate substitute for being there, even today.