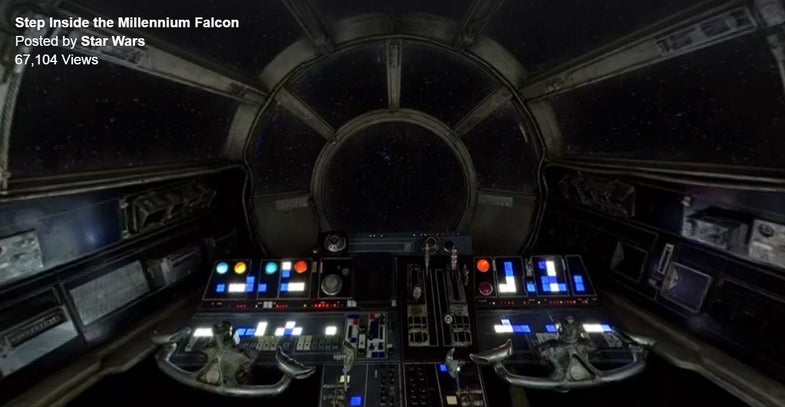 Step Inside the Millennium Falcon

Make yourself at home at the controls of the fastest hunk of junk in the galaxy with this 360-degree photo of the Millennium Falcon’s cockpit!

If you’re reading this, odds are you’ve at some point wanted to pilot the Millennium Falcon. Yeah, me too, mostly just every moment I’m awake. We’ve seen hobbyists build drone versions of the iconic spaceship, learned what sounds make the old smuggler tick, and pretended to fly it across Google Maps. Some dedicated fans have even built a replica.

Today, the official Star Wars Instagram showed off the next closest thing to a real life Falcon cockpit: a 360-degree panoramic photo. 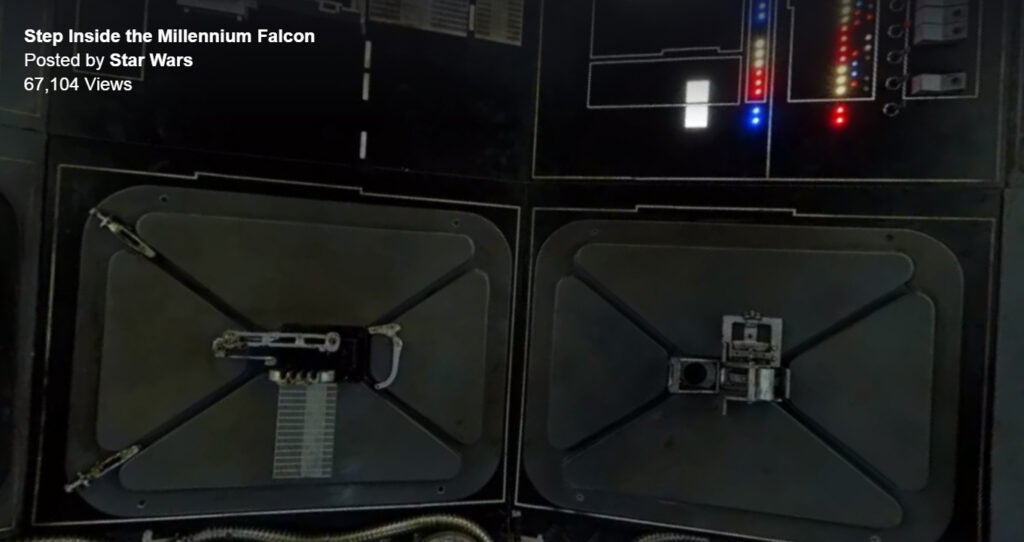 Look at those panels 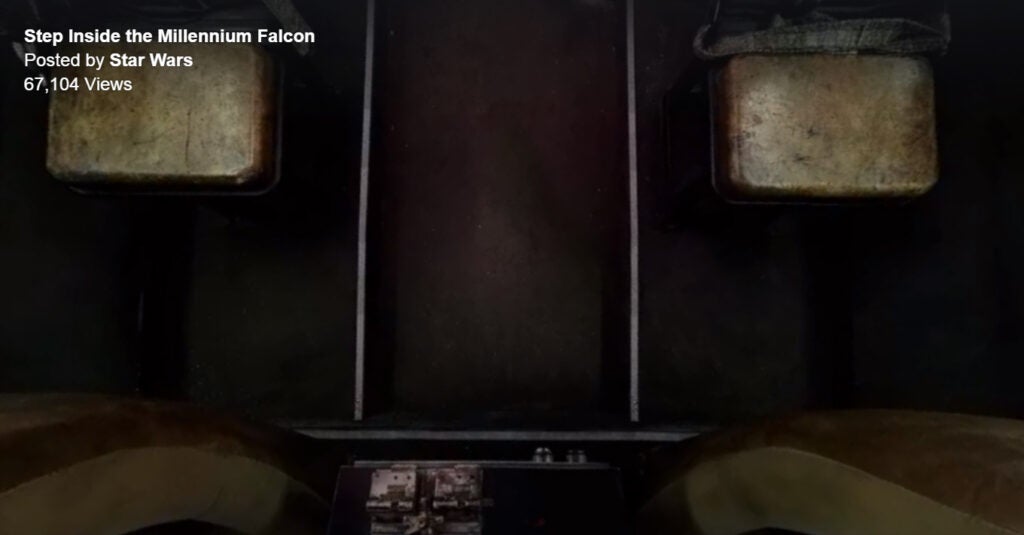 Han Solo and Chewbacca once stood here. We like them.

And other angles, far less dull than those. Explore away!