Your EZ-Bake Oven has nothing on this 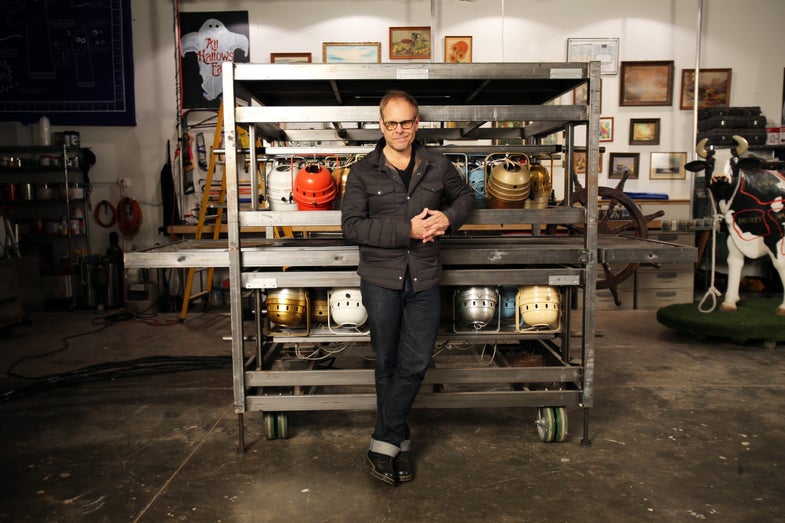 Food Network star Alton Brown is about to start on his second national culinary variety show, the Eat Your Science tour. As he prepares to embark on his journey, he invited Popular Science to his secret workshop to see the Mega Bake and the Jet Cream, the stars of his first national tour, the Edible Inevitable tour.

If you ever played with an EZ-Bake Oven as a kid, you’re familiar with the concept of cooking with the heat produced by a light. The Mega Bake takes the concept to a whole new level, using 54 one-thousand-watt lights to get the oven to over 600 degrees in the center. Brown used it on the Edible Inevitable tour to make pizzas in under three minutes, and showed us how he does it.