Evidence Of Expanding Universe May Have Been Just Dirt 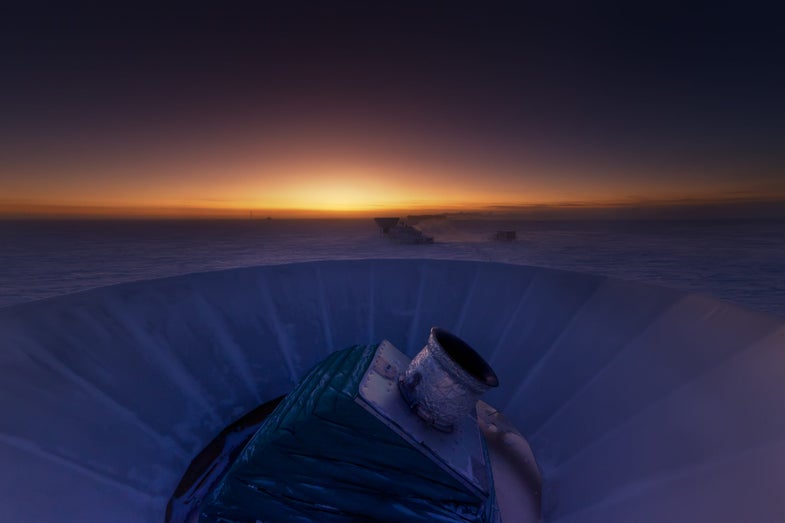 In March 2014, the BICEP2 telescope announced the detection of gravitational waves from the Big Bang. Unfortunately, the finding didn't pan out. Steffen Richter, Harvard University
SHARE

It was a huge win for Big Bang supporters when, in March 2014, a team of astronomers claimed they had found direct evidence to support the concept of cosmic inflation—the super-rapid expansion of the Universe that occurred just fractions of a second after it exploded into existence. The discovery was monumental, completely altering our perception of the early moments of space and time. “This is huge, as big as it gets,” Marc Kamionkowski, a theoretical physicist at Johns Hopkins University who was not part of the team, told the New York Times.

But alas, sometimes these things are just too good to be true. In a new paper (that leaked a week early), the same researchers who made the momentous discovery say that they were probably mistaken about their findings. It turns out that cosmic dust within our own galaxy muddled the signals detected by their instrument BICEP2, a huge telescope near the South Pole. So the primordial signatures they thought they had found were actually just a bunch of space trash.

For years, the researchers, from the Harvard-Smithsonian Center for Astrophysics, had been looking for unique ripples in space-time. A physicist named Alan Guth theorized in 1979 that if the Big Bang and cosmic inflation did indeed occur, then the event would have created phenomena called gravitational waves—traces of the Universe aggressively bursting into being. Up until last year, the ripples were only a hypothetical concept, as no evidence had been found to support their existence. Then, the Harvard-Smithsonian team claimed they had found signatures of these waves in the sky, creating some major metaphorical waves among the early-Universe community. 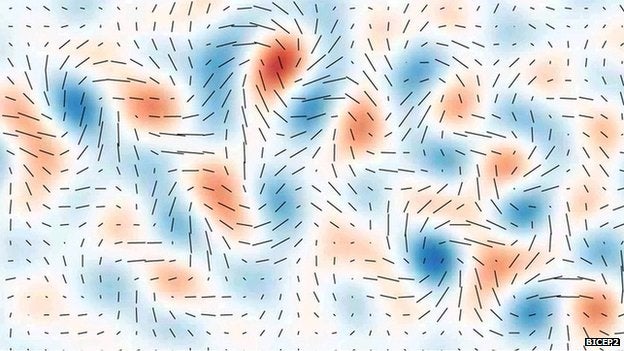 The swirl patterns captured by BICEP2

Yet it seems the team didn’t account for similar-looking patterns. BICEP2 aims to measure light coming from the Cosmic Microwave Background (CMB)—extremely old radiation that was created shortly after the Big Bang. Specifically, it looks for swirls in the light’s polarization, and BICEP2 stumbled upon certain swirl patterns that the researchers thought were direct imprints of gravitational waves.

The only problem? Spinning grains of dust in the foreground of the galaxy can produce the exact same swirl patterns, something the team failed to properly account for. After the researchers published their findings, the Planck space telescope made a much more detailed map of the intergalactic dust circulating in the area of the sky BICEP2 observed, revealing that the results may have been just dust in the wind. 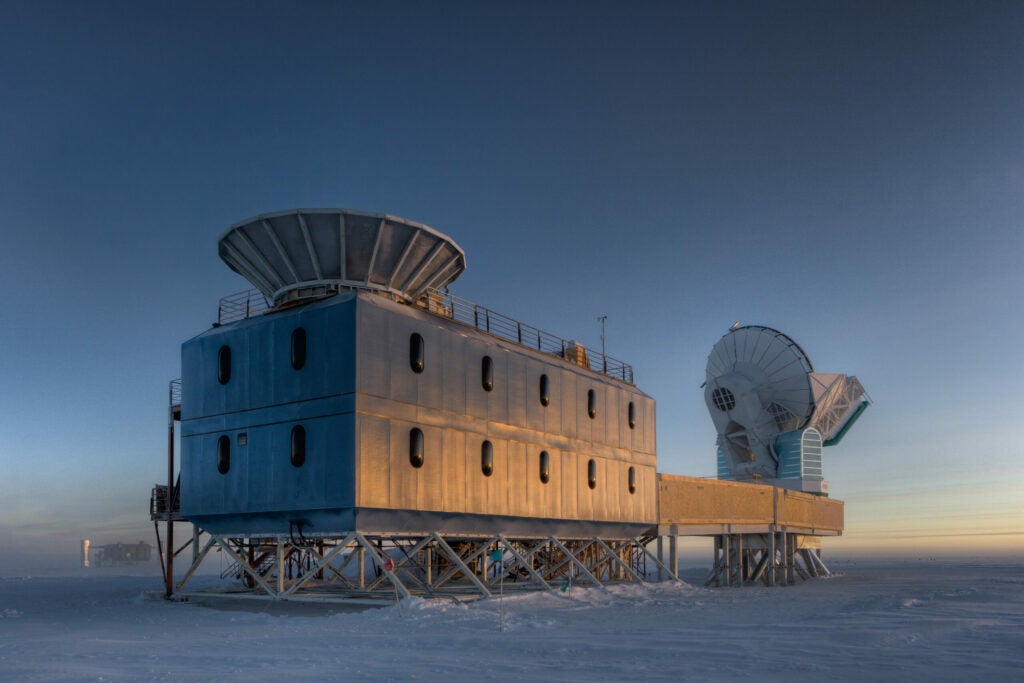 Located three-fourths of a mile from the geographic South Pole, the DSL houses the BICEP2 telescope
Space