A new antibacterial paper could lead to food wrappers that keep food fresh longer, shoes that never stink, and bandages... 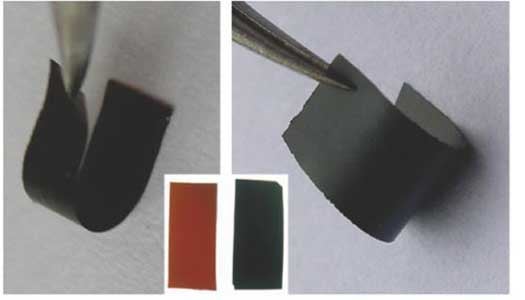 A new antibacterial paper could lead to food wrappers that keep food fresh longer, shoes that never stink, and bandages with a built-in ability to deter infection. It turns out a paper-like material made of graphene – thin sheets of carbon just a single atom thick – have antibacterial properties that could have vast applications.

A team of Chinese researchers was exploring new applications for graphene when they decided to make a sheet of “paper” from graphene oxide. They tried to grow both bacteria and human cells on the material and found that while the bacteria couldn’t find a solid footing to colonize, the human cells were more or less unaffected. As such, the paper could be used to make bandages that discourage bacterial infection. It could also be used in live tissue storage, packaging of food products, or integrated into textiles that don’t allow bacteria to breed.

Graphene isn’t new – it was first created in atom-thick sheets a lab in 2004 – but researchers are still figuring out the myriad uses for the stuff. It’s been used to create low-power lighting, to enhance transistor function, and to build better batteries. The revelation that it’s also naturally antibacterial opens it up to a range of new applications, most obviously in clinical environments.