Astronauts Are Getting Augmented Reality Headsets This Week 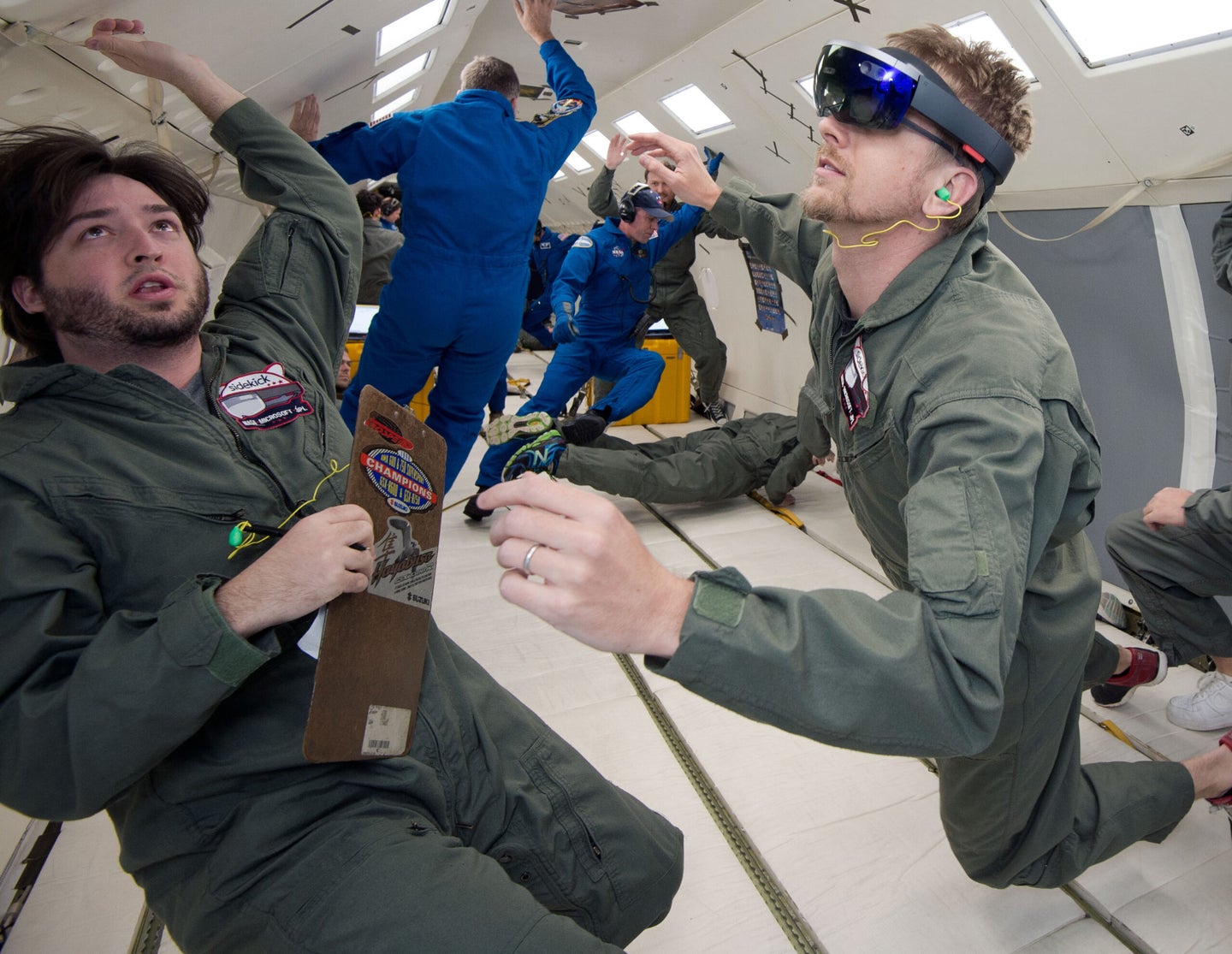 Virtual and augmented reality devices have slowly edged their way into our lives, popping up on headsets and in cars. Now, they are boldly going where no AR or VR has gone before, into space.

This week a resupply mission will carry two Microsoft HoloLenses to the International Space Station (ISS). The devices will be used by astronauts like real-time instruction manuals, part of a NASA project called Project Sidekick. The idea is to facilitate closer communication between astronauts in space and ground control. A technician in Houston could see what an astronaut wearing the HoloLens is seeing in real time. The person in ground control could then draw a circle around a particular piece of hardware or button on the space station, pointing it out to the astronaut and making instructions for repairs or experiments even more clear than relying on written or vocal instructions.

“HoloLens and other virtual and mixed reality devices are cutting edge technologies that could help drive future exploration and provide new capabilities to the men and women conducting critical science on the International Space Station,” Sam Scimemi, director of the ISS program said in a statement. “This new technology could also empower future explorers requiring greater autonomy on the journey to Mars.”

To make sure the devices would work in a low-gravity environment, the headsets were tested on NASA’s Weightless Wonder, a jet that allows people to experience brief moments of weightlessness while the plane is diving towards the ground. You can watch these tests in the short video below. It’s essentially watching highly educated engineers float around weightless making strange movements in the air with their fingers, set to dramatic music.

Even though this is augmented reality, and not virtual reality, we all know that it’s only a matter of time before astronauts start getting trapped in crazy holodeck adventures. You have to admit, it might make time in the cramped quarters of the ISS fly by.