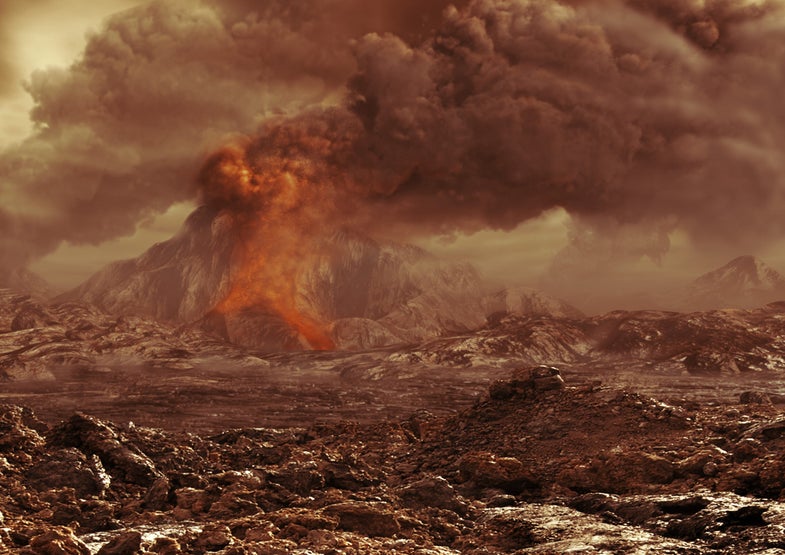 This week, an international team of scientists announced that they found new evidence that there might be active volcanos on Venus.

Writing in Geophysical Research Letters the researchers announced that the spacecraft Venus Explorer had recorded unusual temperature signals on the planet’s surface.

“We have now seen several events where a spot on the surface suddenly gets much hotter, and then cools down again,” Eugene Shalygin, lead author of the study, said.

Researchers knew from earlier studies that there were volcanoes on Venus at some point, likely in a region known as the Ganiki Chasma. Maps of the surface showed young-looking rock deposits, and atmospheric tests picked up sulfur dioxide in the atmosphere (a tell-tale sign of a volcanic eruption on Earth), but neither provided definitive proof of recent eruptions.

“We knew that Ganiki Chasma was the result of volcanism that had occurred fairly recently in geological terms, but we didn’t know if it formed yesterday or was a billion years old,” co-author James Head said. “The active anomalies detected by Venus Express fall exactly where we had mapped these relatively young deposits and suggest ongoing activity.”