A Manga Take on Culture and Cuisine

Sitting around a campfire with my brother, the conversation always turns to one of two things: science or food. I... 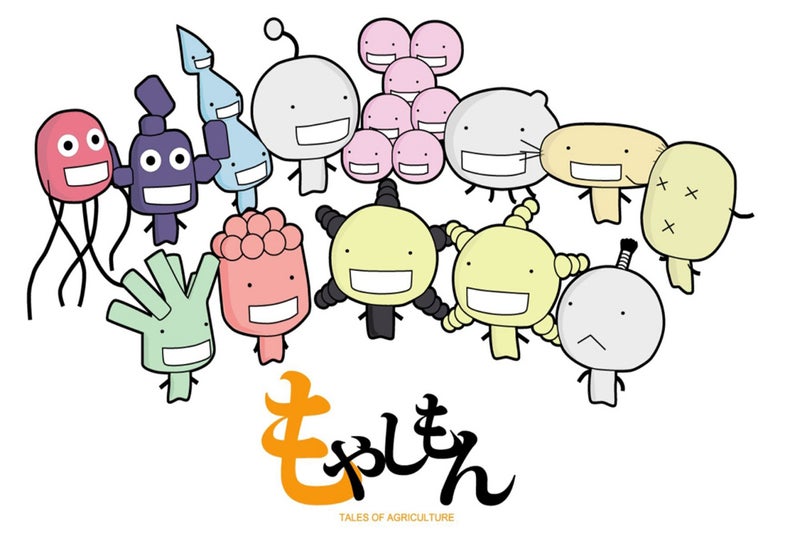 Sitting around a campfire with my brother, the conversation always turns to one of two things: science or food. I inhabit a family of experimental foodies, so it’s inevitable. My father brews beer and runs a home charcuterie, my brother bakes his own bread and does all his household cooking, I have a freezer full of natto1 and will wreck you in an Iron Chef-style competition, and I’m convinced my mother can cook any dish on the entire planet from memory. Given the overlap between the two aforementioned topics, it’s not long before we start talking about fermentation, and more specifically, which country has the most vile, semi-legal, preserved fish product that we’re dying to try (or die trying).

In a recent conversation steeped with tales of Inuit hunters who would stuff seal carcasses with seagulls and leave the whole thing buried in the ground to ferment and cans of fermented herring that bulge with their pressurized contents, he told me about a manga called Moyashimon: Tales of Agriculture, by Masayuki Ishikawa. Food, comics, and science? This is going to be good.

Japanese manga stories often take a subject, and take it up ten notches until baking a croissant becomes a matter of life and death (I kid you not). The amount of research and passion put into the average manga series is unparalleled. While “Tales of Agriculture” isn’t right off the bat the most gripping title, it provides the same advanced level tutoring in the grand world of microbial life and fermentation. We often forget that agriculture is as much about the cultivation of microorganisms as it is about plant life, and the comic opens with the words, “Agriculture is the transmission of culture,” and what follows is a story that is equally about Japanese culture as it is about microbial cultures.

Moyashimon follows the story of Tadayasu Sawaki, a college student who has just enrolled at a Tokyo agricultural university. Sawaki is unique in that he can actually see microorganisms. They appear as adorable little critters who speak, play games, and proceed much like their real life counterparts in caricature. For example, early in the series, individual ringworm fungi are seen planning to build homes on one character, foreshadowing an uncomfortable athlete’s foot infection. Sawaki’s talent is the vehicle in which the readers learns about the microscopic world through the actions of the featured bacteria, fungi, and viruses.

The story is trove of information, and Ishikawa fills the margins with historical context and lighthearted descriptions of the featured microbes. While the human characters are fairly stock manga archetypes, every one of them is an expert in some agriculture related field, from microbiology to entomology. The topics explored aren’t limited to food, either. A visit to a hospital spurred by a bout of food poisoning becomes a lesson in the many antibiotic resistant bacterial strains lying in wait, and the nature of our own inner biome.

If you’re interested in checking it out, the manga isn’t widely distributed in book stores yet, but it’s easy to find online, and the animated and live action versions are available on CrunchyRoll and Hulu respectively. Moyashimon is a fantastic manga that will give you a greater appreciation for the delicate balance we’ve struck with the microbial life all around us, as well as inside of us. At the very least, if you’ve ever stared blankly at the wine list at a Japanese restaurant, you’ll be able to come back to it with a slightly more enriched understanding of sake2 and its history.

Hey! If you like comics and adorable microbes, you should check out Beatrice the Biologist. And if you’re in town for New York Comic Con, we’ll both be at Artist Alley, scienceing up the joint.

1Soybeans fermented with b. subtilis bacteria. More on this soon.