What Could Possibly Go Wrong: Deep-Drilling a Supervolcano

Sure, it could work, or it could also cause an earthquake or eruption 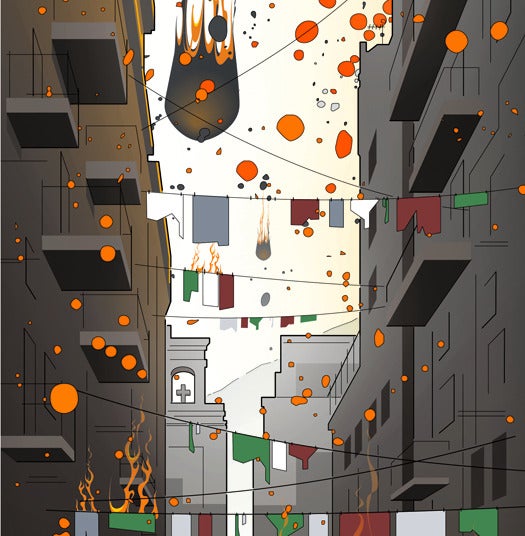 When Mt. Vesuvius erupted in A.D. 79, the people around it had little warning, and more than 10,000 of them died as a result. Bad as that was, an eruption of neighboring Campi Flegrei could be worse.

As a supervolcano, it’s in the same category as Indonesia’s Mt. Tambora, whose eruption in 1815 killed 92,000 people and caused the “year without a summer.” Campi Flegrei’s eight-mile-wide caldera is so low and unassuming that much of metro Naples was built on top, and yet a full eruption would be one of the largest in human history, the kind of geological event capable of plunging the world into a minor ice age. This time, scientists are determined to give the three million residents of greater Naples abundant warning.

That’s part of the motivation behind the Campi Flegrei Deep Drilling Project. Co-sponsored by the European Union, a coalition of scientists from 18 countries plans to drill deep into the volcano and implant sensors that will measure changes in temperature, the movement of magma, and seismic activity. The first phase of the project involves drilling a 1,640-foot borehole to study the composition of the rock; phase two, drilling the narrow 2.4-mile master hole. Data collected from sensors that the scientists place at the bottom of those holes will make it possible to map the volcano’s underground geometry with unprecedented precision. It could also give local authorities early warning if an eruption becomes imminent.
Either that, or the drilling itself could cause a disaster.

“There’s going to be seismic activity,” says Robert J. Bodnar, a geochemistry professor at Virginia Tech who has studied the site for 10 years. What’s unclear is how much of a problem that would be. Bodnar says that any drilling-induced activity would be so minor that it would be felt only by seismometers, but he admits that it’s impossible to rule out more severe consequences. If the drill hit an unexpected hydrothermal pocket it could cause explosions. Noxious gases such as hydrogen sulfide could also escape, possibly causing explosions as they escape and even triggering seismic activity. Or the gases could poison the topsoil.

The worst-case scenario, however unlikely, is that a shock to the Campi Flegrei system would set off a chain reaction that ended in an earthquake or even a full-on volcanic eruption. Similar disasters have happened before: In 2006, a scientific drilling project on the Lusi volcano in Indonesia triggered an eruption that killed 13 people and displaced 30,000. Scientists on the project argue that the hole they’re drilling is too small to be dangerous. But at press time, the project was on hold. As the mayor of Naples, Rosa Russo Iervolino, told Newsweek last fall, without a guarantee that the project is safe, “there will be no drilling in any part of the caldera.”

Monitor the volcano’s seismic activity from the surface, and develop a rapidly executable plan for moving Naples’s citizens to safety.