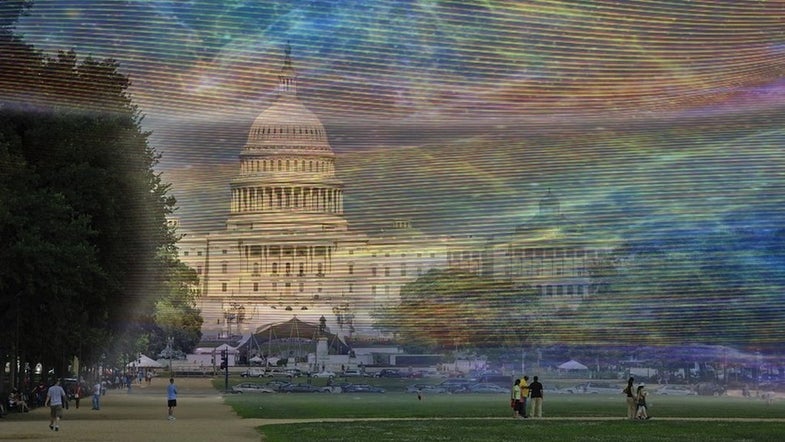 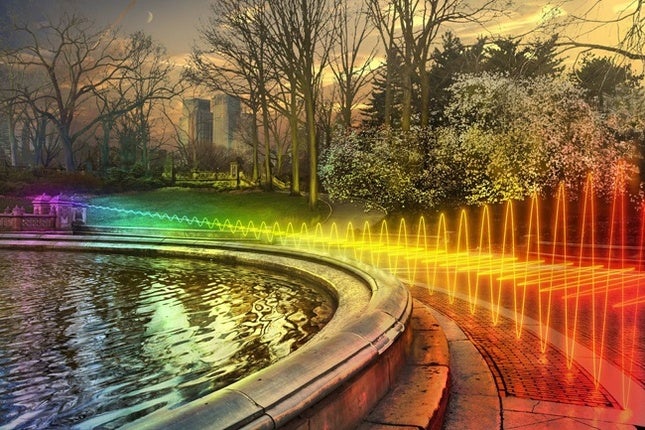 Wi-Fi is a series of invisible waves, streaming along through our houses and offices and planes. What would those waves look like if we could see them? Like these crazy exploding-rainbow images!

Well, okay, we don’t have any way of actually seeing Wi-Fi, so there’s not really a way of knowing what it would look like without speculation. But these images from Nickolay Lamm, done with help from astrophysicist M. Browning Vogel, are certainly beautiful, and pretty instructive, too. In the top image, you can see Wi-Fi waves emanating along, colored with a rainbow gradient. But Wi-Fi doesn’t just travel in a straight line, so Lamm also included the image below, showing waves emanating spherically, in pulses, from a source. “Wifi fields are usually spherical (like the one here) or ellipsoidal and extend about 20-30 meters, assuming a typical off the shelf wifi box,” Lamm writes at My Deals, where the images first appeared. 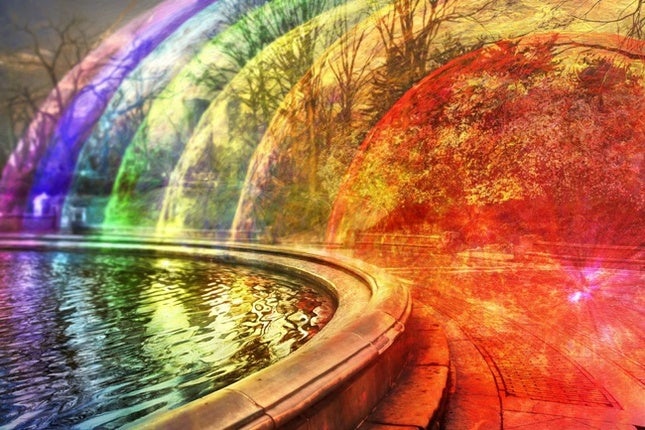 And what would those spheres and ellipses look like accounting for multiple signals? Maybe on the National Mall? Something like this: 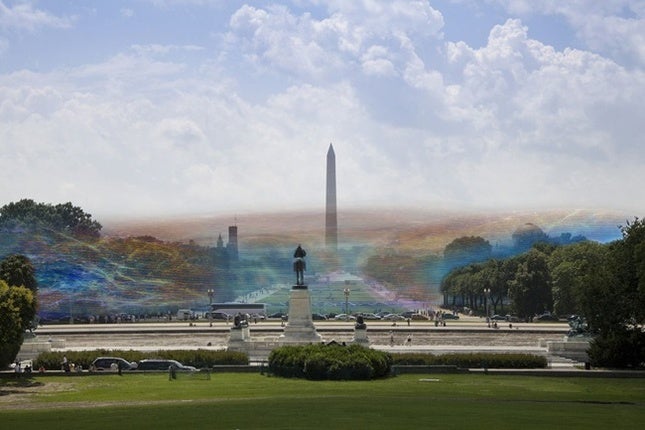 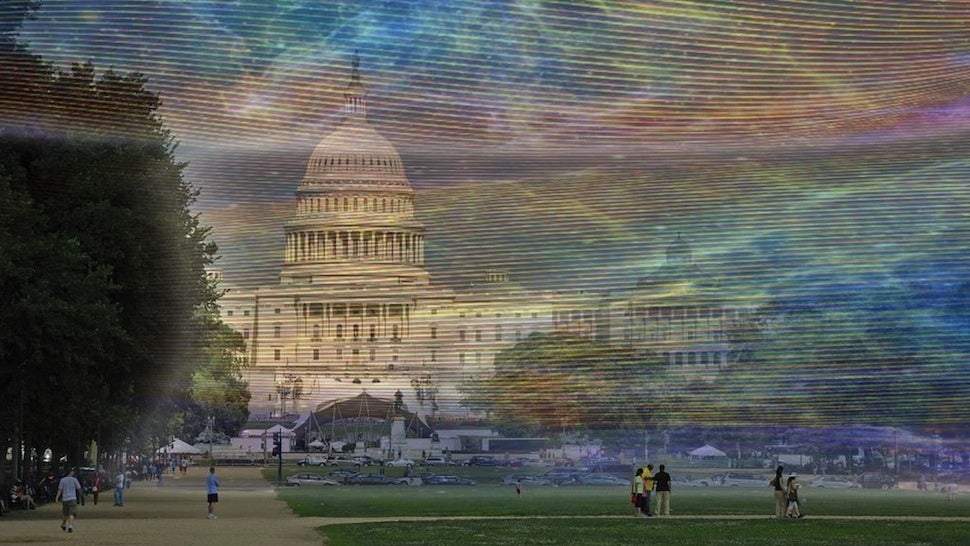 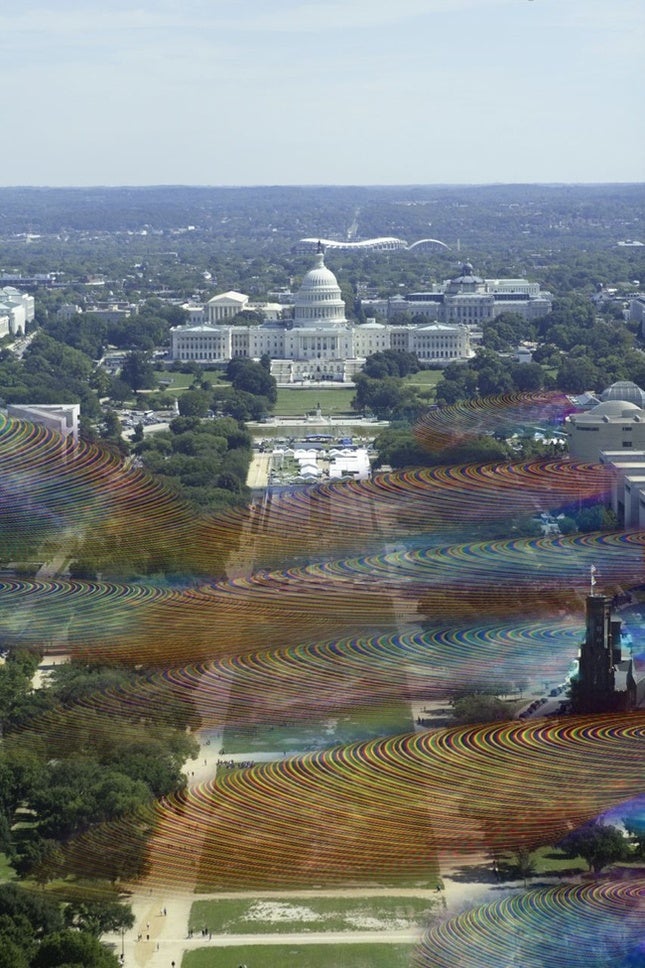 Hmm. I know it’s just a representation of invisible waves, but… how can we make this real?

[My Deals via Quora]