"I shall name it the Washington Bezost," he definitely didn't say. 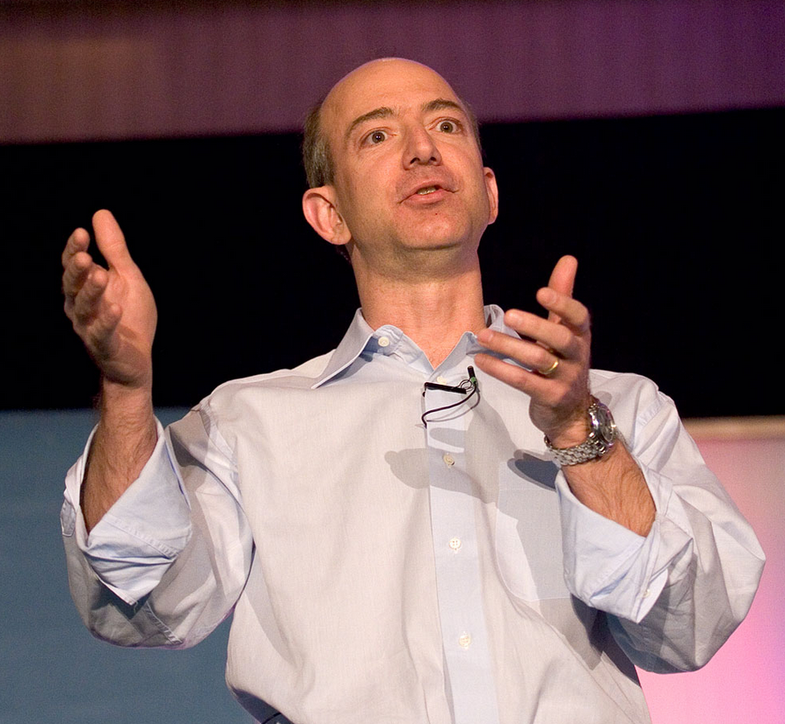 Amazon is not involved in the purchase; Bezos is buying the Post from the Graham family–which has owned it for four generations–entirely on his own, out of pocket. $250 million, it should be said, is less than one percent of Bezos’s net worth, which is estimated by Bloomberg to be about $27.9 billion. (It’s also the quarter the price of Instagram, which sold to Facebook last year for a cool billion dollars.) In another post, published on the Post, which he now owns, Bezos assured the employees of the Post that “The values of The Post do not need changing. The paper’s duty will remain to its readers and not to the private interests of its owners.” He also said that he would delegate day-to-day management of the newspaper to existing management.

The Washington Post, like pretty much every other newspaper, has been struggling lately. Earlier this year, MediaBistro reported that the paper was forced to lay off dozens of employees. Other papers of similar size have been bought by billionaires recently; just this month, Boston Red Sox owner John Henry agreed to buy the Boston Globe.

But no other purchase has as intriguing a set of possibilities as this one. Jeff Bezos, more than any other figure in tech, has totally changed the way people read, thanks first to Amazon’s store (which began primarily selling books) and then thanks to its Kindle ebook ecosystem and Kindle devices. Bezos has enough money to purchase the Post as a lark, like his space project, but he also has the infrastructure and experience to turn it into something quite different.

We’ll be keeping a close watch on this collaboration in the future.