The military is testing a weapon that aims to destroy electronics, not buildings

It's called HiJENKS, and it follows a similar project, called CHAMP. Here's how it's supposed to work. 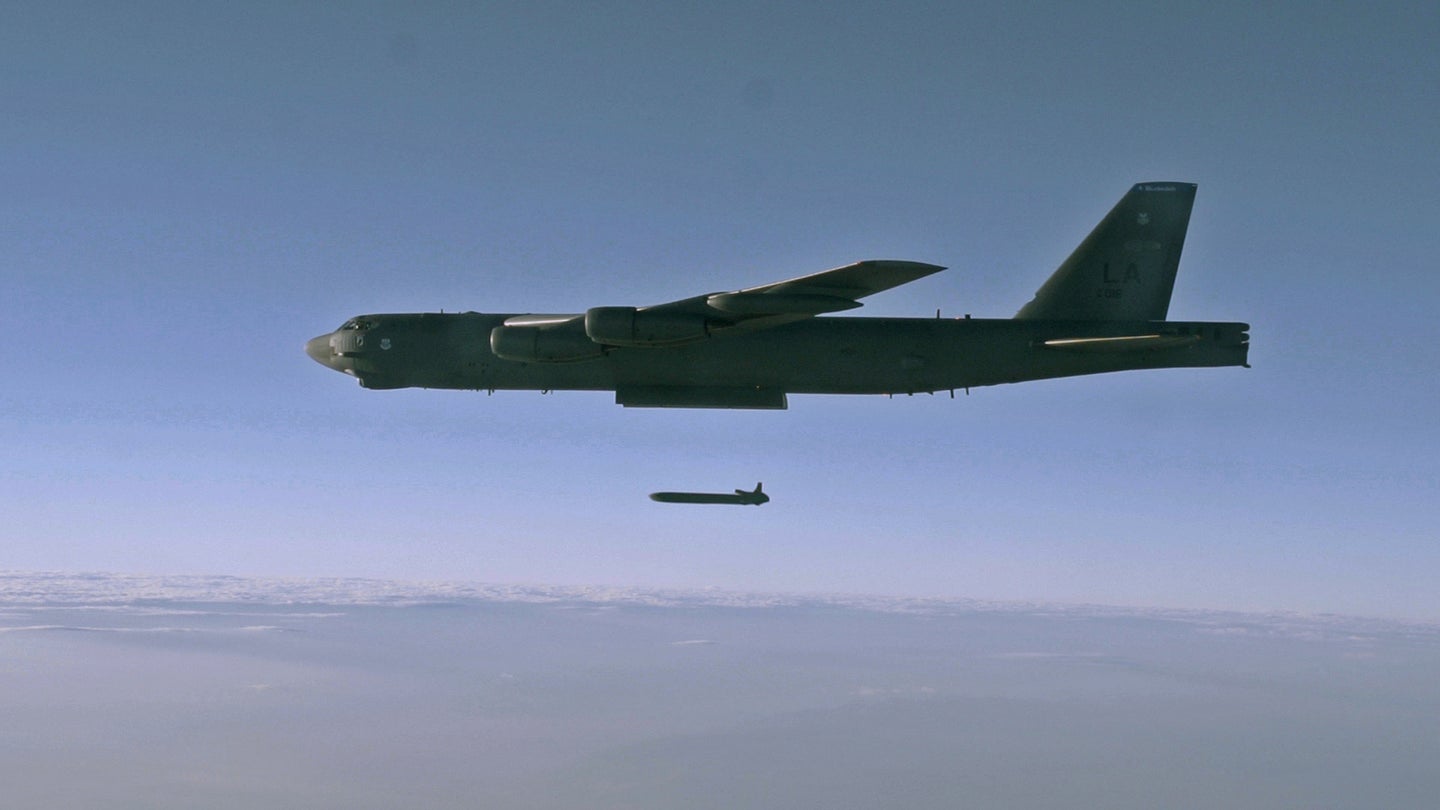 A B-52 launches an unarmed cruise missile in 2014 in Utah; CHAMP was designed to be able to deploy in cruise missiles like these. US Air Force / Roidan Carlson
SHARE

South of Death Valley and north of Los Angeles, the Air Force is testing a new weapon designed not to kill. Together with the Office of Naval Research, the Air Force Research Laboratory is conducting two months of testing on a device called the High-Powered Joint Electromagnetic Non-Kinetic Strike Weapon, or HiJENKS. It’s the culmination of a five-year project to create a machine that can destroy electronics in a targeted way.

HiJENKS is the successor to a similar weapon, the Counter-electronics High-Power Microwave Advanced Missile Project, or CHAMP. Both weapons were designed to disable electronics without using physical force, such as an explosive blast or the kinetic force from impact. Making a weapon that can disable electronics without causing physical damage to its target is hard, and it might be part of why the Air Force is open to new delivery systems, other than a missile, in this latest iteration.

In short, HiJENKS is a high-powered weapon that fries electronics with pulsed bursts of microwave energy. When it comes to targets, many weapon and sensor systems require smooth functioning of electronics to work, and a disruption that fries circuits could halt a threat while leaving the physical parts of the system untouched.

CHAMP, which HiJENKS is designed to improve upon, was built to fit in the case of a bomber-launched cruise missile. Little about the exact form of HiJENKS is known at present, though it could be mounted on a new cruise missile. Alternatively, HiJENKS might be carried in a weapon pod that draws power from a plane, or it could even become the primary weapon system of a drone flown as a wingmate to a crewed fighter.

“Heggemeier said the program hasn’t yet designated a platform for the weapon, but noted HiJENKS’ smaller footprint means it could be integrated on a wider range of carrier systems,” reports C4ISRNET.

To grasp the full ambition the Air Force has for HiJENKS, it helps to first understand its predecessor, CHAMP.

The origins of CHAMP, possibly the first non-kinetic-effect missile deployed by the Air Force, can be traced back to 2009. The Air Force was looking for a weapon that could disable electronics without causing physical damage. Functionally, CHAMP was a cruise missile that replaced an explosive payload for one that targeted electronics with high-powered pulsed microwaves. Possible targets for disruption could include the navigation computer in a missile, or the radar and targeting system of an anti-air missile installation. The Air Force demonstrated CHAMP in a test in Utah in 2012, but then the program stalled.

In 2017, CHAMP briefly gained some wider attention as a possible tool for the United States to use against a North Korean nuclear launch, though that possibility had real limits. The first is that, while not all electronics are hardened against electromagnetic energy attacks, nuclear missiles and warheads tend to be. (This is because a nuclear blast is the one kind of weapon guaranteed to produce an electromagnetic pulse, which is part of the overall horror of a nuclear detonation, though not the primary risk to people.)

Regardless of its specific limitations in that mission, CHAMP was designed to give the Air Force an option for neutralizing an electronics-dependent threat without having to kill people or destroy a building or vehicle.

When a cruise missile outfitted with CHAMP was fired at a specific building, reports Popular Mechanics, “The resulting pulse of electromagnetic radiation would fry enemy electronics, rendering vital equipment worthless without, as the Air Force Research Lab put it, ‘damage to infrastructure and danger to life.’”

In 2019, the Air Force retired the missile that carried CHAMP. HiJENKS could be in a new missile, or it could be in a range of weapons from drone payload, to plane-mounted weapon pod. Whatever the new form factor, HiJENKS appears to be developed to make it a more immediately useful weapon than CHAMP.

“HIJENKS will include improvements that ‘resolve operational issues’ that the CHAMP team experienced with the first airborne [high-powered microwave] system,” wrote Jack McGonegal of the Air Force in the spring of 2020, as part of an Air Force task force analyzing future weapons. “These improvements will most likely involve decreases in size and weight of the [high-powered microwave] payload while seeing an increase in maximum power.”

However HiJENKS develops, it carries with it some of the inherent risks in a new weapon loaded inside a familiar casing. Because the effect of the high-powered microwave is range-limited, a commander targeted by HiJENKS would be unable to tell if the missile fired is carrying deadly explosives, or tactically frustrating but nonlethal microwaves. When fired upon by HiJENKS, it would be reasonable to assume most people would respond as though under attack by a traditional weapon.

In battle, that may not make much of a difference at all. But if commanders and presidents are hoping a non-kinetic weapon like HiJENKS may expand their options in a conflict, that assumption carries the risk that it will be seen as a conventional threat, regardless.