What a no-fly zone over Ukraine would actually mean

A no-fly zone is a complex and fraught operation. Here’s a primer on the history and pitfalls. 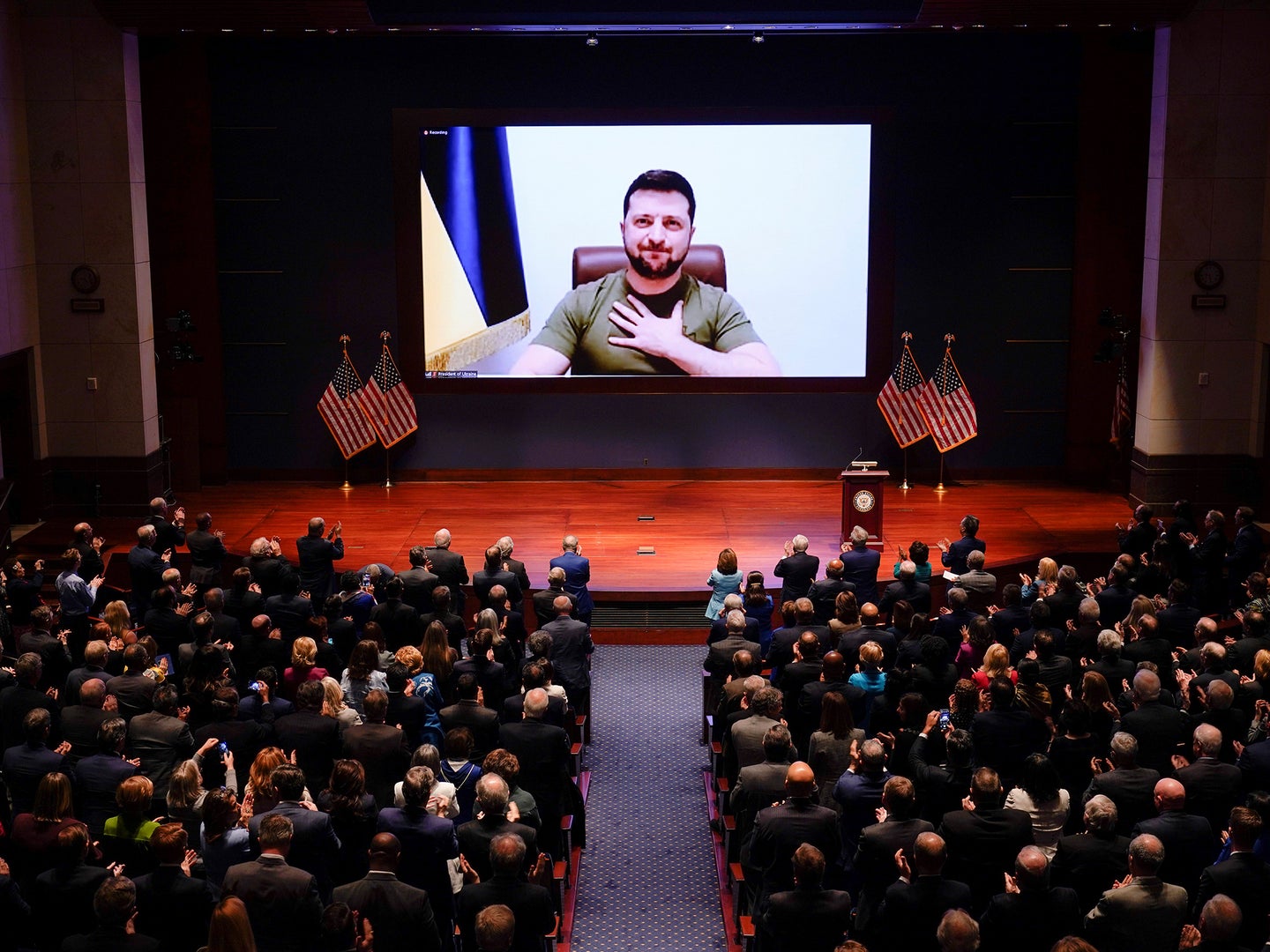 This story was published in partnership with The Center for Public Integrity. This is the second in a 10-part series on nuclear risk, military technology, and the future of warfare in light of Russia’s February invasion of Ukraine.

On the morning of March 16, Ukrainian President Volodymyr Zelenskyy addressed the US Congress. Through an interpreter, he described the present reality of life in his invaded country: “Russia has turned the Ukrainian sky into a source of death for thousands of people. Russian troops have already fired nearly 1,000 missiles at Ukraine, countless bombs, they use drones to kill us with precision.”

Zelenskyy asked for help via a humanitarian no-fly zone. “Is this a lot to ask for, to create a no-fly zone over Ukraine to save people? Is this too much to ask?”

The answer is not so simple.

The phrase “no-fly zone” is a headline-friendly term for a complex orchestration of tactics and actions. To understand Zelenskyy’s ask, and why he immediately followed it with a lower stakes alternative, it helps to first understand everything a no-fly zone entails.

In a 2013 RAND Corporation study, Karl P. Mueller defines a no-fly zone as “a policy under which an outside actor overtly prohibits some or all aircraft flight over a specified territory,” by either intercepting and directing hostile planes and helicopters out of the closed-off sky or shooting down those aircraft if they do not comply.

[Related: Russia’s hostile takeover of an active nuclear power plant was a first in war]

This zone is distinct from intercepts over a country’s own or allied airspace, in which a sovereign right to intercept is assumed or granted. It is also an explicit assertion of the right over airspace where it would not normally exist, like within the airspace of a country experiencing civil war, for example. And unlike a negotiated arrangement where multiple countries agree to not fly military aircraft over the same area, a no-fly zone assumes the ability and willingness of the faction imposing it to actually shoot down the aircraft that violate it.

In short: To ask a country to create a no-fly zone is to ask them to go to war.

While aircraft have shot at other aircraft for over a century, using an air force directly against another country is actually less complicated than setting up a no-fly zone. That’s because, Mueller writes, intercepting a flight in a no-fly zone requires an air force that can monitor the entire zone in real time, send fighters to intercept aircraft as they violate the zone, and do so with overwhelming force relative to the nation whose planes are being intercepted.

Even limited to the entire airspace of one country, a no-fly zone is a promise to identify and then attack hostile aircraft, without further escalating the war. In the case of Ukraine, that could be limited to just finding and shooting down Russia’s helicopters and planes over the country, which means using sensors to find those vehicles in flight, and then coordinating with patrolling aircraft to shoot those vehicles down.

The United States, sometimes with allies, has imposed no-fly zones a handful of times, starting with a first use over Iraq in 1991, after the first Persian Gulf War. Subsequent declared no-fly zones followed over Bosnia and Herzegovina in 1992 (enforced by NATO starting in 1993), Kosovo in 1999, and Libya in 2011. That Libya intervention, also undertaken by NATO, deserves special attention, because that no-fly zone was seen as decisively shifting the balance of the war and leading to the death of Libya’s authoritarian ruler, Moammar Gadhafi.

“Without NATO intervention, therefore, Libya’s rebellion and civil war — and resulting endangerment of civilians — likely would have ended by late March 2011, less than six weeks after the conflict had started,” political scientist Alan Kuperman has argued.

The Biden administration has consistently ruled out the possibility of imposing a no-fly zone over Ukraine, as well as directly transferring combat aircraft to the country, citing the risk of escalation with Russia and its nuclear arsenal. None of the historic no-fly zones undertaken by the United States were set up against countries with nuclear weapons, or allies with nuclear weapons who were flying in support of the country targeted.

When the United States did use aircraft for strikes against groups like ISIS in the Syrian Civil War, it actively coordinated with Russia, which was operating aircraft in support of the Assad government in Syria. A memorandum of understanding between the US and Russia, as authors Andrew S. Weiss and Nicole Ng note, set terms for “air safety protocols, the use of specific communication frequencies, and the establishment of a twenty-four-hour, on-the-ground operational communication line.” This process is known as “deconfliction,” and it reduced but did not eliminate the risk of two air forces operating in the same sky.

In Ukraine, two air forces still contest the sky. Russia, which continues to use planes and helicopters in its attack, has not kept Ukraine’s air force from flying. Ukraine, which retains some fighter aircraft and some ability to fly those jets, cannot claim the same freedom to fly that it did before the war. Confounding both militaries are ground-to-air missiles, which allow soldiers on foot, in vehicles, or at fixed weapon stations to destroy aircraft.

Some of these weapons, like human-portable anti-air missiles, can hit helicopters or planes flying only at low altitudes. A Strela missile, of the kind in Ukraine’s inventory before the invasion, can reach aircraft flying at below 10,000 feet and at a range of up to 2.6 miles. Other more powerful systems, like the Soviet-developed S-300, destroy aircraft at higher altitudes and greater distances. The S-300 is a truck that carries big anti-air missiles. Its range varies depending on what missiles it uses, with some missiles having a ceiling of 98,000 feet and a range of 55 miles.

“If this [no-fly zone] is too much to ask, we offer an alternative,” Zelenskyy told Congress. “You know what kind of defense systems we need, S-300 and other similar systems.”

Turning to anti-air missiles is not the same answer to air strikes as the arrival of one or more friendly air forces in the country, because it leaves out the broader role of other aircraft in monitoring the skies and directing intercepts. What the missiles offer, instead, is a way for the Ukrainian military to contest its own airspace by “imposing costs” on an invading air force to protect people, in uniform and civilian alike, from attacks by bombers, fighters and helicopters.

“I have a dream, these words are known to each of you today,” Zelenskyy continued. “I can say, I have a need. I need to protect our sky.”

By asking for planes but offering that he would settle for missiles, Zelenskyy may have settled for less than his dream. In so doing, he plotted a path for Ukraine to try to escape a nightmare.