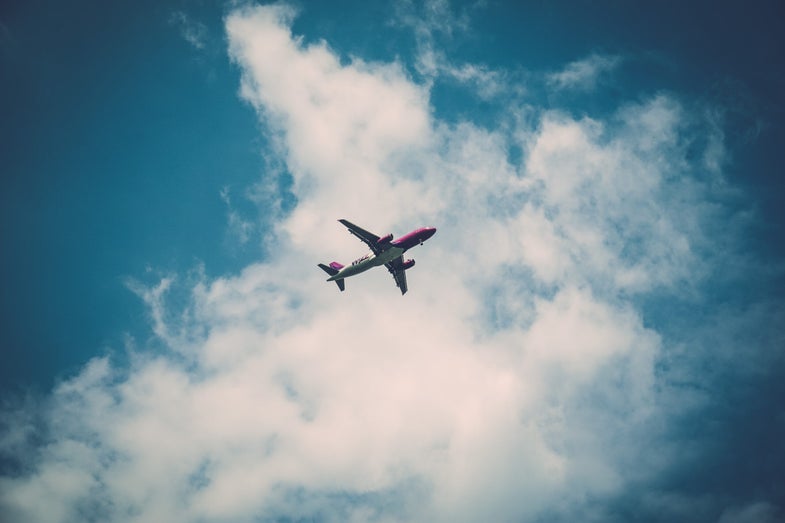 This month marks three years since Malaysia Airlines Flight 370 disappeared. On March 8, while flying from Malaysia to China, the plane deviated from its planned route, slipping from the range of radar somewhere over the Andaman Sea. MH370 and its 239 passengers likely crashed somewhere in the Indian Ocean, but even after a massive search effort, the black box was never found—leaving the tragedy permanently shrouded in mystery.

The frightening truth is that planes are essentially unaccounted for quite frequently. When you’re flying on a plane and the screen in front of you shows your position over an ocean or the poles, it’s likely that you, the passenger, know more about your plane’s location than Air Traffic Control does. But that is starting to change.

“For the first time, we’re getting aviation traffic from all over the world, including the oceans,” Daniel Colussey, the former CEO of satellite communications company Iridium, said at a conference last weekend. “It’s the first time a plane has ever been surveilled over the poles.”

In January, Iridium launched the first ten of 66 satellites that will, for the first time, be able to continuously track airplanes’ position, speed, and altitude across the entire globe. Although the network won’t be operational until the end of 2018 at the earliest, two of the satellites have already been switched on, and they started to send back data a few weeks ago.

“When we activated, we started collecting targets of opportunity. These are just any aircraft flying,” says Vinny Capezzuto, CTO of Aireon, which is the company that makes the satellite-based tracking tech. Over 62 hours, one satellite collected the unique codes and positional data of 17,000 aircraft, including those over oceans and in remote locations where radar can’t reach.

Pilots use GPS to track their plane’s position, but that doesn’t mean an air traffic controller can always find them.

Radar measures a plane’s location by sending out pings of radio waves and measuring how long it takes for the signals to bounce off the aircraft—but that only works if the aircraft is within the radar tower’s line-of-sight, with no mountains or other solid objects in the way. Radar doesn’t work over long distances, so the oceans are a big blind spot.

Starting about 15 years ago, air traffic control started using ADS-B ground stations. ADS-B, which stands for Automatic Dependent Surveillance-Broadcast, tracks the airplane’s position via GPS, and automatically broadcasts that information to Air Traffic Control as well as other planes.

ADS-B receivers are “about the size of a mini refrigerator,” says Capezzuto, and because they’re much easier to install in hard-to-reach places, they’re already improving airplane tracking. In fact, the Federal Aviation Administration likes them so much, they’re requiring all planes that fly through controlled airspace to be equipped with these broadcasters by January 2020.

However, ground-based ADS-B receivers have many of the same line-of-sight problems as radar, and under clear conditions, they only have a range of about 250 nautical miles at 28,000 feet.

“You don’t really have an option for surveillance in the ocean,” says Capezzuto. “Right now, air traffic controllers project where the aircraft should be, based on the flight plan or the pilot report, rather than reality. Deviations in the flight plan happen all the time.”

Putting the ADS-B receivers onto satellites removes the line-of-site problems, giving a birds-eye-view of planes flying across the entire globe. After receiving location data from the aircraft, Aireon’s 66 satellites will beam the information down to ground stations. The entire transaction takes about two seconds.

Satellite-based ADS-B could not have saved flight MH370—its GPS transponders had been shut off mid-flight, and it takes a different type of technology to prevent an accident. But the tracking technology could certainly make flying safer. And, when disasters do happen in remote corners of the globe, airlines will be better able to find the wreckage and discover what went wrong.

There are other advantages, too.

“Airways were designed around where we could put radar and other equipment on the ground for the navigation aids,” says Capezzuto. But with satellite-based tracking, aircraft can take more direct routes from Point A to Point B.

Plus, better precision and reliability will allow planes to safely fly closer together. Typically, over the ocean, aircraft are kept at least 80 nautical miles apart. But if all aircraft were equipped with ADS-B, that distance could be lowered to 15 nautical miles, which also helps to put more aircraft on the most efficient route possible. That means cutting down on flight time, fuel, and greenhouse gas emissions.

Karen Marais, an aerospace engineer at Purdue University, estimates that by 2025, space-based ADS-B tracking could reduce the amount of fuel that passenger aircraft crossing the North Atlantic burn by 284 million pounds a year.

Although Aireon’s satellite network isn’t ready for primetime, the company is starting to test out its tracking equipment with its customers, who include air traffic managers in Iceland, Canada, Ireland, South Africa, and more.

These groups will have the chance to validate the data coming from the two active satellites. Testing also gives the companies a chance to get acquainted with the system so they can adapt their personnel, procedures, and regulations to fit the new technology, Capezzuto says.

In a recent test, Nav Canada (the organization that coordinates Canada’s air traffic) flew an aircraft over remote parts the country. Starting in Ottawa, their CRJ-200 airliner flew north to the isolated city of Iqaluit (population: 7,740), then headed west to Yellowknife and Whitehorse. Part of the journey was through airspace where there’s usually no air traffic control surveillance, says Ron Singer from Nav Canada’s media relations.

When the satellite passed over the airplane—about once every 100 minutes—Aireon was able to observe the plane’s location with excellent accuracy, according to Nav Canada. And when the rest of the satellites are in orbit, the tracking will be continuous.

Iridium plans to launch its next batch of Aireon-equipped satellites in June. The company hopes the rest of the fleet of 66 satellites will be monitoring traffic by the end of 2018—but it’s worth noting that space-based projects are typically subject to delays.

Originally, the first batch of satellites was supposed to launch in 2015 and be fully operational by 2017. The explosions of a couple SpaceX rockets haven’t been kind to that schedule.

But once they’re in orbit, Aireon thinks its satellite-based ADS-B receivers will transform the way air traffic is managed.

“We’ve seen aircraft in the polar regions, where nobody sees any air traffic,” says Capezzuto. “We’ve seen them in oceanic regions. We can see the tracks from Europe into North Africa. When we have all 66 satellites up, that’ll be the picture we see every time, every second.”

“This is going to be the first time air traffic controllers can see the entire world.”