Report: Russians Were At Launch Site Of Missile That Took Down Flight MH-17

Putting the crime in Crimea 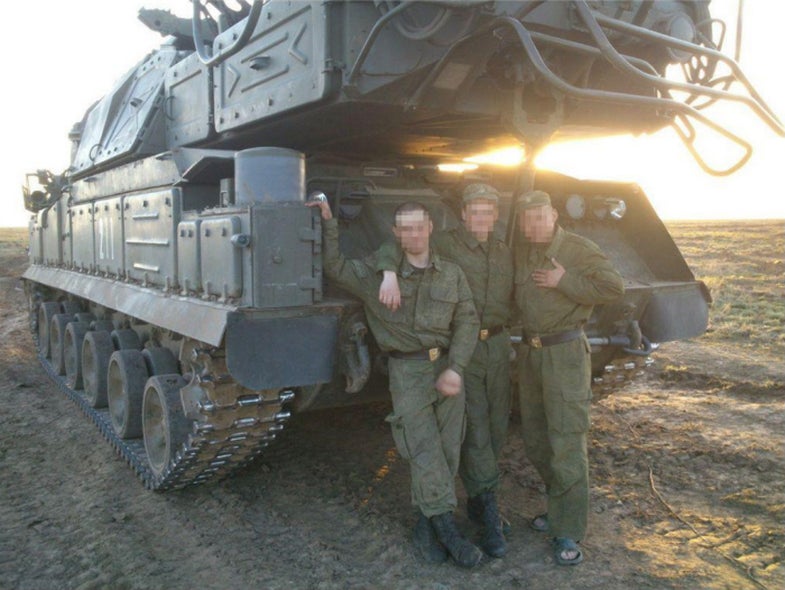 How long is it possible to conceal a war crime? On July 17th, 2014, Malaysia Airlines flight MH-17 was torn out of the sky while flying over eastern Ukraine. Immediate speculation pointed to a Soviet-designed missile system, and as the investigation into the cause of the crash continues, those early suspicions have been confirmed. Now that there’s a rough consensus on what shot down the civilian plane, the argument has moved on to whom. Open-source intelligence analysts Bellingcat yesterday released a report linking that missile launch to Russia’s 53rd Anti-Aircraft Missile Brigade.

Part of what makes this investigation messy is that it takes place during the middle of a proxy war. Following the Euromaidan movement that drove out a Russian-backed president out of Kiev, Russia responded aggressively to Ukrainian assertions of independence, first by taking full control of the entire Crimean peninsula, and then by supporting pro-Russian separatists around the eastern Ukrainian city of Donetsk. The Buk missile launcher and system that shot down MH-17 is significantly more advanced hardware than armed rebels usually get, consisting of multiple military vehicles, with radar systems and powerful anti-air missiles. Previous efforts by Bellingcat placed the key Buk launcher at the site and time of MH-17’s untimely demise. This new report focuses on the Russian soldiers to whom the missile launcher belongs.

Bellingcat’s report is entitled “Potential Suspects and Witnesses from the 53rd Anti-Aircraft Missile Brigade,” and in 115 pages it details the unit that had the culpable system, evidence of them in Ukraine, its movements, the members, and finally, it ends with blame placed squarely, not at any rogue operative, but the government of Russia itself. From the report summary:

Findings from this report were shared with the international Joint Investigative Team responsible for an official account of what happened to MH-17. With the information from this open-source research, they may be able to follow the lead as far as it goes.