These balloons supplied by Sierra Nevada will be part of the Ministry's "Project Aether." 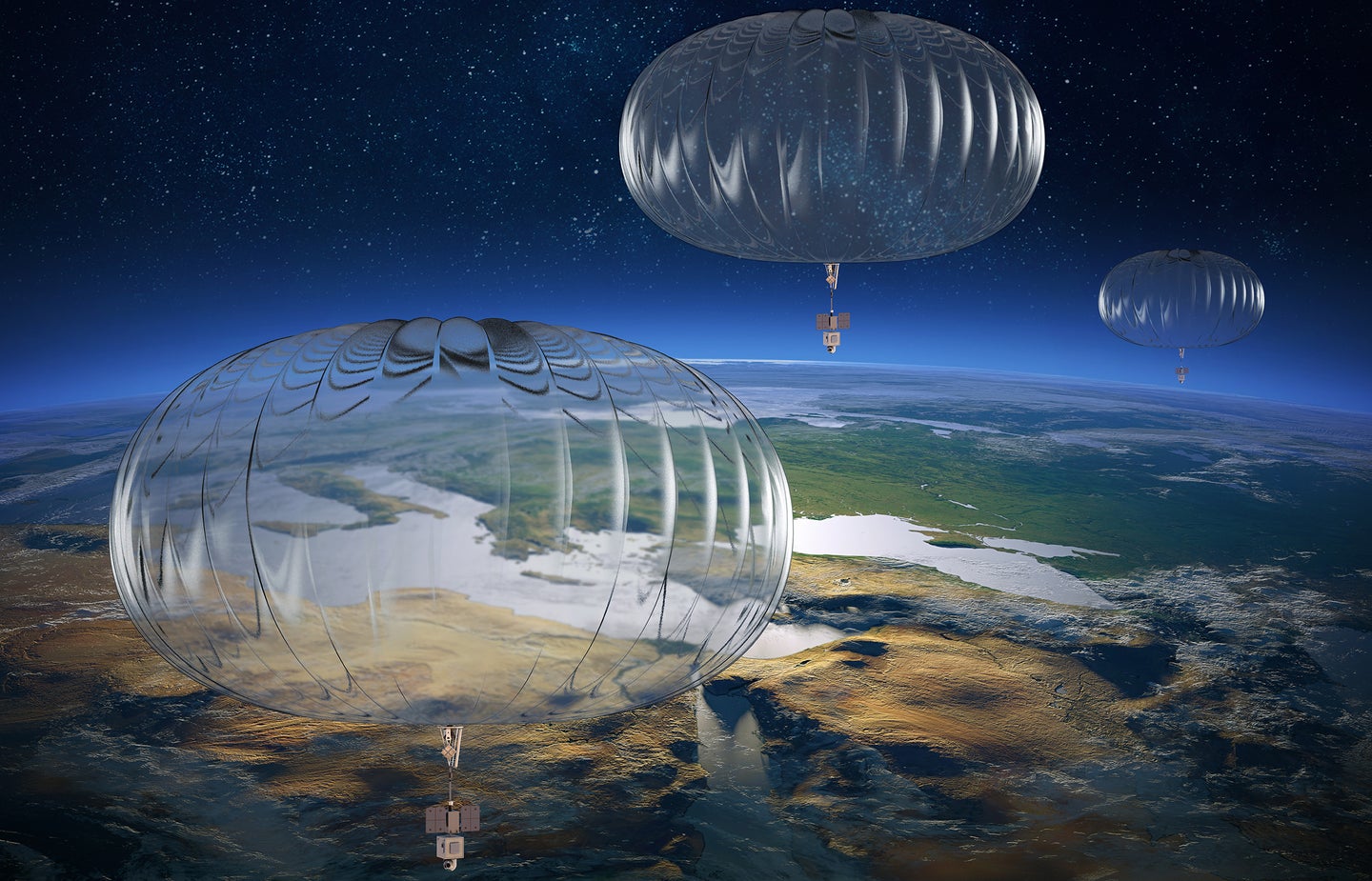 On August 10, defense contractor Sierra Nevada announced it will provide high-altitude balloons to the United Kingdom, where the Ministry of Defense will experiment with using the balloons as communications relays and surveillance platforms. The balloons are part of the Ministry’s “Project Aether” and a demonstration of the technology under the contract is expected later this year.

The high-altitude balloons are an attempt to solve a tricky problem in war. When a military goes into combat against a new foe, it does so without existing communication infrastructure, and without an innate awareness of the area in which it is fighting.

In the solicitation for Project Aether, posted December 2021, the Ministry outlines an ambitious set of goals for the uncrewed comms system ultimately selected. The chosen solution, be it a drone or balloon or something else, should be able to be “rapidly manoeuvred to any area of interest in the world to provide ultra-persistent wide-area communications in addition to Intelligence, Surveillance and Reconnaissance.”

Not only will Project Aether produce a flying redeployable communications relay and scout, it must be capable of transmitting the information it collects in near real time, in data formats that can be used by existing systems aboard ships, planes, and carried by soldiers in the field. And whatever scout and relay is chosen, it “must be on task for several months at a time with minimal resupply or maintenance effort.”

In other words, Project Aether is looking for a flying atmospheric satellite, which can be brought over a battlefield or a warzone, and then left in place as a useful watch tower, all out of reach of any hostile forces below.

The contract solicitation is ambivalent about the specific platform for Aether, other than it will by design not have people on board. A heavier-than-air vehicle, like the extremely long endurance solar-powered Zephyr drone, is a possible answer. The High-Altitude Balloon instead offers a lighter-than-air vehicle.

[Related: A solar-powered Army drone has been flying for 40 days straight]

Balloons are one of the oldest forms of military aircraft, with documented uses in wars by France in the 1790s, as well as limited use in the US Civil War. The ability to see a battlefield from above is tremendous, and the human pilots aboard these air balloons are able to see enemy maneuvers at distance. But the balloons have many limits: Communicating that information initially required pilots to land, at which point the information was outdated, or required signal flags or telegraphs to communicate that information faster, if less precisely. Balloons are also hard to use in anything but ideal atmospheric conditions, and steering depends greatly on direction of the wind.

For high-altitude balloons, the promise is that by reaching a point in the sky between 60,000 to 90,000 feet above ground, the concerns of terrestrial weather will be minimal, and the few winds encountered at those heights can be designed around or otherwise managed.

Writing about the prospect of military balloons for Military Review in 2019, Anthony Tingle of the US Army argued that “while we may have crossed a technological threshold that greatly increases the viability of high-altitude balloons, harnessing the power of this inhospitable domain will depend in part on conquering meteorology and physics.”

What balloons offer, at least potentially, is a kind of localized satellite, one that can be launched cheaply and simply, but which has to struggle with weather and power supply instead of the comforting, gravitational embrace of orbit. The US Army, through its Space and Missile Defense Command, explored high-altitude balloons in tests at White Sands Missile Range in 2020. At an exercise in Norway in 2021, the US Army used high-altitude balloons to discern weather patterns and help with artillery targeting.

Putting sensors on balloons has long been a way to cheaply loft them into the sky. (The famous object that crashed at Roswell in 1947 was a balloon with an acoustic sensor to listen for nuclear detonations, which the Army famously described as a weather balloon.) What Project Aether is hoping to do is turn balloons from a launch system for data collection into a useful node in a battlefield communication network, one that can detect hostile movements below and share that information in time to protect soldiers and win battles.