The Zephyr is designed to be able to spend very long periods of time in the stratosphere. 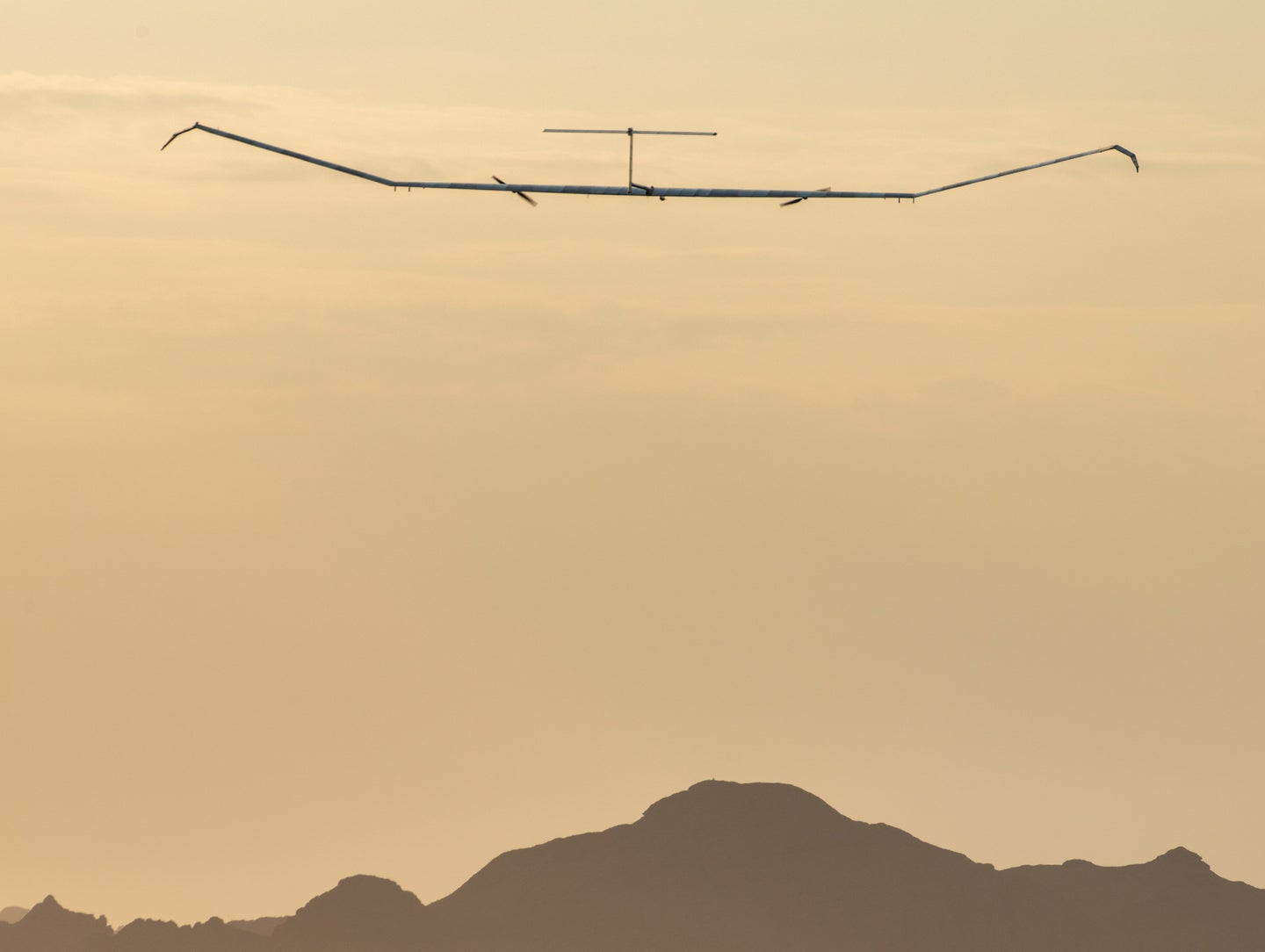 Very early in the morning on June 15, a lightweight drone with a 82-foot wingspan took off from the Yuma Proving Ground in Arizona, assisted by a handful of people who had to hand-launch it from the runway. It’s been 40 days since then, and the drone is still flying, continuously breaking its own record with each minute that goes by until it lands at some point.

On Friday, Breaking Defense noted that the light, solar-powered aircraft had been up there for 37 days, a mission that had it “demolishing its previous 26-day record.” An Army spokesperson confirmed to PopSci that the drone is still airborne as of today, meaning it’s been flying for 40 days and change.

The Airbus-made drone is solar-powered, designed to fly in the stratosphere and operate off just a tiny bit of electricity. In fact, an October 2021 Army release noted that its power needs are the same as “a single commercial light bulb.”

The Zephyr has flown for long periods of time previously. It flew for two weeks in 2010, and then it carried out its then-record-breaking 26-day flight (to be precise, that flight time is actually listed as 25 days, 23 hours, and 57 minutes) in 2018. That year, it was also noted as a Best of What’s New winner from PopSci.

Since that year, the Zephyr has been upgraded internally, the Army said in 2021. “It has some design upgrades to make it a more capable system,” Simon Taylor, the head of Zephyr program, said in a release. “The aircraft physically isn’t very different, it’s what sits inside the aircraft and the clever software inside it. We’re going for a much more ambitious flying campaign than we’ve ever attempted to date.” In 2021, it carried out two flights, according to an Army spokesperson. Each of those was about 18 days long.

[Related: An electric aircraft just completed a journey of 1,403 miles]

The Zephyr’s first flight of 2022 is the one that’s airborne now, and it took off mid-June. It is a mission that has so far “demonstrated Zephyr’s energy storage capacity, battery longevity, solar panel efficiency and station-keeping abilities that will further the Army’s goal to implement ultra-long endurance stratospheric UAS capabilities,” the Army said on July 21. This flight is also the first time that this drone has flown into international airspace or over water.

Drones like the Zephyr, which can soar for long periods of time in the stratosphere at altitudes higher than 60,000 feet, have applications in a field known as ISR, which stands for intelligence, surveillance, and reconnaissance. “Ultra-long endurance unmanned platforms have the potential to provide significant military capabilities and enhanced confidence as part of the Army’s diversified multi-layered architecture,” Michael Monteleone, who directs a group in the Army called the APNT/Space CFT, said.

This Zephyr may be flying right now, but the Army says a second one is set to take off “in the coming weeks.” Its destination? It is set to “travel over the Pacific Ocean.”