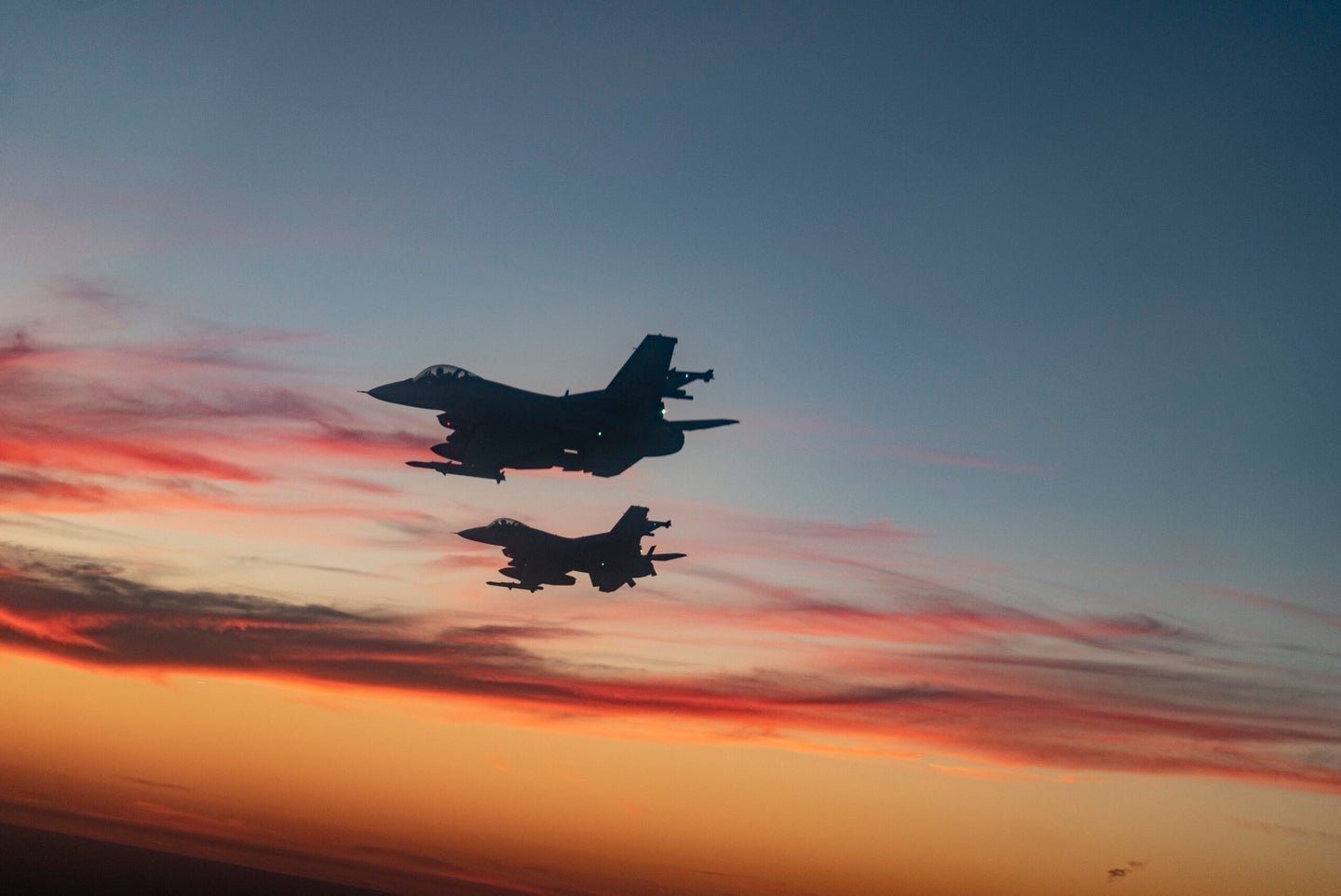 A new type of weapon would in theory be carried by fighters like F-16. U.S. Air Force photo by Master Sgt. Tristan McIntire
SHARE

In a video live-streamed April 7, the Air Force Research laboratory fired a rotating detonation rocket engine for less than a second. Video of the test, when slowed down orders of magnitude, revealed a success in the thermal image of the exhaust plumes. For the brief time that it was fueled, the engine had two rotating explosions spinning through the cylinder. In a contract posted July 18 and updated August 10, DARPA, the military’s blue sky projects wing, announced it wanted to develop a long-range weapon, powered by a rotating detonation engine. This project, ambitious in scope and reach, is named Gambit.

DARPA projects often start from a problem, one that can be specifically fixed by taking a new technology from theoretical to demonstrable. In the case of Gambit, the problem is the limits of existing rockets, ramjets, and gas turbine engines, which can be too short-ranged, too slow traveling, or too expensive. A better weapon should have greater reach to hit targets, faster speeds to reach them in time to matter, and be cheap enough that commanders can have them in the field and feel comfortable using them.

Rotating Detonation Engines, or RDEs, are one possible way to meet that need. Specifically, DARPA says the weapon powered by these engines will be used for “4th generation fighters” like the F-15 and F-16, and against “time-critical targets,” which could include everything from tanks moving across a field to a specific military command post. This type of weapon is also designed to reach targets “at campaign scale,” a broad term that implies a reach of up to hundreds of miles.

The mode of operation for RDEs shares some overlap with subsonic cruise missiles and hypersonic weapons, though the weapon sought in Gambit is expected to reach “high supersonic” speeds, making it faster than the speed of sound but not five times faster (like hypersonics).

One way to deliver a weapon that reaches and maintains those speeds is to put it on a ramjet, which at supersonic speeds injects fuel into compressed air to propel it outward at high speed. One major hurdle for ramjet adoption is that, to get to supersonic speeds, a ramjet either needs to catch a ride on a rocket or contain a rocket booster itself, which takes up finite space and weight.

“We’re trying to leverage detonations to create propulsion,” Tylor Rathsack from the Air Force Research Laboratory said in the April 7 livestream. “Explosion is a big one-time event. It’s great if you want to blow up some bad guys, it’s not so great if you’re trying to put something into orbit.”

The AFRL has years of experience in detonation engines, with research projects like the April 2022 demonstration focused on rotating detonation in rocket engines.

In its solicitation for Gambit, DARPA specifies that the project is seeking “ram-RDEs as a new class of propulsion.” In this configuration, the rotating detonation engine will allow it to “switch from low-efficiency rocket-booster propulsion to high-efficiency air-breathing propulsion earlier in the flight trajectory than conventional ramjets.”

In addition, the Gambit-sought engine will have a more compact and efficient engine, allowing it to turn extra fuel into greater range than a ramjet, while also freeing the design from a reliance on the moving parts common to supersonic turbine engines. Instead, the detonations will rotate in the annulus, or circular exhaust stream.

[Related: A short history of US hypersonic weapons testing]

“So what we do is we have a circular combustion chamber and when we initiate the initial light off for the engine in one part of the engine, that detonation starts to expand in a circle around the perimeter of the engine,” said Rathsack, “and what you end up with is a detonation that revolves around the perimeter constantly chasing itself about 30,000 laps per second, what this does is provide use with perpetual thrust.”

Because the engine of the Gambit weapon will have fewer moving parts than other ramjets, DARPA expects it to be cheaper to produce and use.

If the contractors can deliver, and given the years of research put into similar projects already, DARPA will have sheparded into existence a new weapon for fighter jets. Armed with the weapon produced by Gambit, planes could quickly hit important, time-sensitive targets like ammunition depots, all thanks to a supersonic engine powered by continuous explosions.