The electronic warfare device has previously been employed in training scenarios. 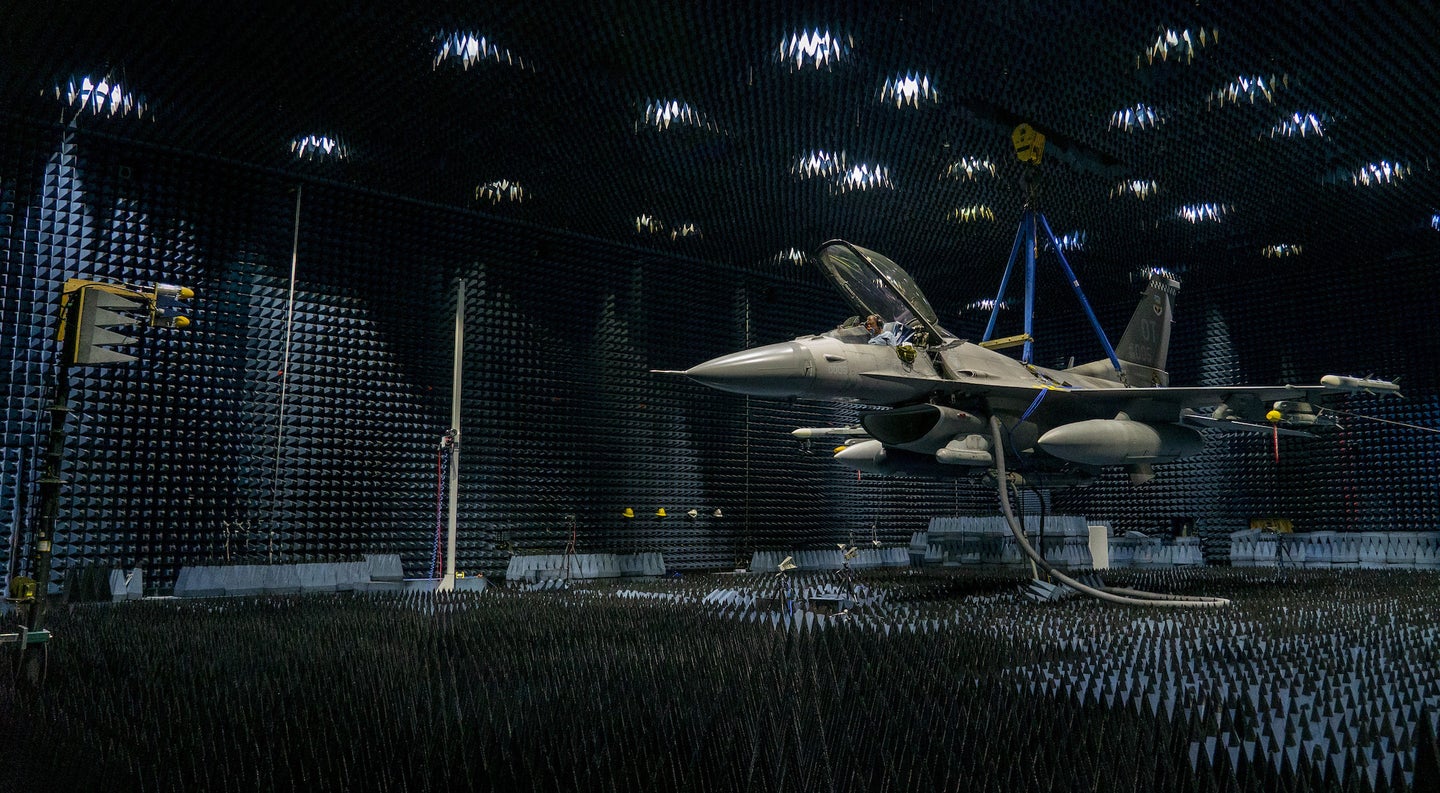 A previous test of the system with an F-16 at Eglin Air Force Base, Florida. US Air Force/John McRell
SHARE

“Given the success of the pod in training and demonstrated ability to be reprogrammed, Air Combat Command recommended four pods be converted into combat pods to provide attack capabilities against enemy radio frequency threat systems, instead of simulating them,” reads the announcement.

Electronic warfare is a crucial part of modern armed conflict. It involves, broadly, the transmission and obstruction of signals along the electromagnetic spectrum, primarily but not exclusively in the domain of radio waves. These signals are used for communication between pilots; with radar to perceive the location of enemies beyond visual sight; and for weapons guidance. If one side can block the signals of the other side, it can potentially prevent their pilots from communicating, their radar from perceiving, and their weapons from following radar guidance.

The Angry Kitten was developed by the Georgia Tech Research Institute to simulate the electronic warfare devices of other country’s aircraft, the kind that the Air Force might encounter in the sky. It is a system that incorporates a software-defined radio, meaning its signal and frequencies can be changed by code. This is in contrast to traditional hardware-defined radio, which is limited by what frequencies the physical components can produce and receive.

An adaptable training tool allows the Air Force to train against a range of simulated foes. This work is done by aggressor squadrons, specialized pilots who train against USAF aircraft to try to prepare those pilots for forces they might encounter in a real war. Because the US does not have the highly sensitive top-end fighters built by countries like China’s J-20 and Russia’s Checkmate, it will instead use other aircraft to simulate them, and that means employing a tool to simulate how those jets will conduct electronic warfare.

Angry Kitten “offers the ability to collect realistic, representative jammer data on advanced waveforms. It can be used to represent virtually any known threat – and even hypothetical radar systems that don’t currently exist,” said Georgia Tech Research Institute in 2013.

While countermeasures for radar detection and jamming have existed for decades, the ability to switch techniques and frequencies makes it more likely that the jamming session succeeds. That adaptability was a crucial part of what the Air Force tested Angry Kitten on in April.

“The flight test at China Lake was our final operational assessment event,” said Keith Kirk, the experiment program manager for AERRES, a program examining in part how open software can lead to better electronic warfare tools.

“The software was updated within hours based on the performance they were seeing against certain threats and then was improved, and those improvements were verified during flight test the following day. That’s really tough to do with software and tools that are not designed to open standards,” Kirk continued.

In a future war, the Air Force can be reasonably certain about what kinds of airplane its fighters will encounter, as airplanes are difficult to produce or store in secret. Besides, because fighter jets are often made for military export markets, the airframes are promoted at tradeshows and international arms expositions to be seen by prospective customers.

However, the specific systems of fighters are easier to keep secret. A jammer designed for the future, then, has flexibility if it can perceive and adapt to the specific signals it encounters in combat. If the data can be shared from one aircraft to the entire Air Force, a possibility with open standards and reliable, open bandwidth, then the second day of aerial combat against a hostile jammer could go much more smoothly than the first.

With the recommendation for Air Combat Command, Angry Kitten could move from a versatile training tool to an integral part of future combat. Operating in a contested electromagnetic spectrum is an all-but-given part of future warfare. For the Air Force, a dedicated sensor-and-jammer pod that can perceive the spectrum, adjust, and share what it learned could provide a significant edge across the sky.

Correction (August 16, 2022): The photo caption previously mentioned that the F-16 was in California. The photo was taken in Florida.