The eStream trailer motors along on electricity, so there's less pulling (and fuel) involved. 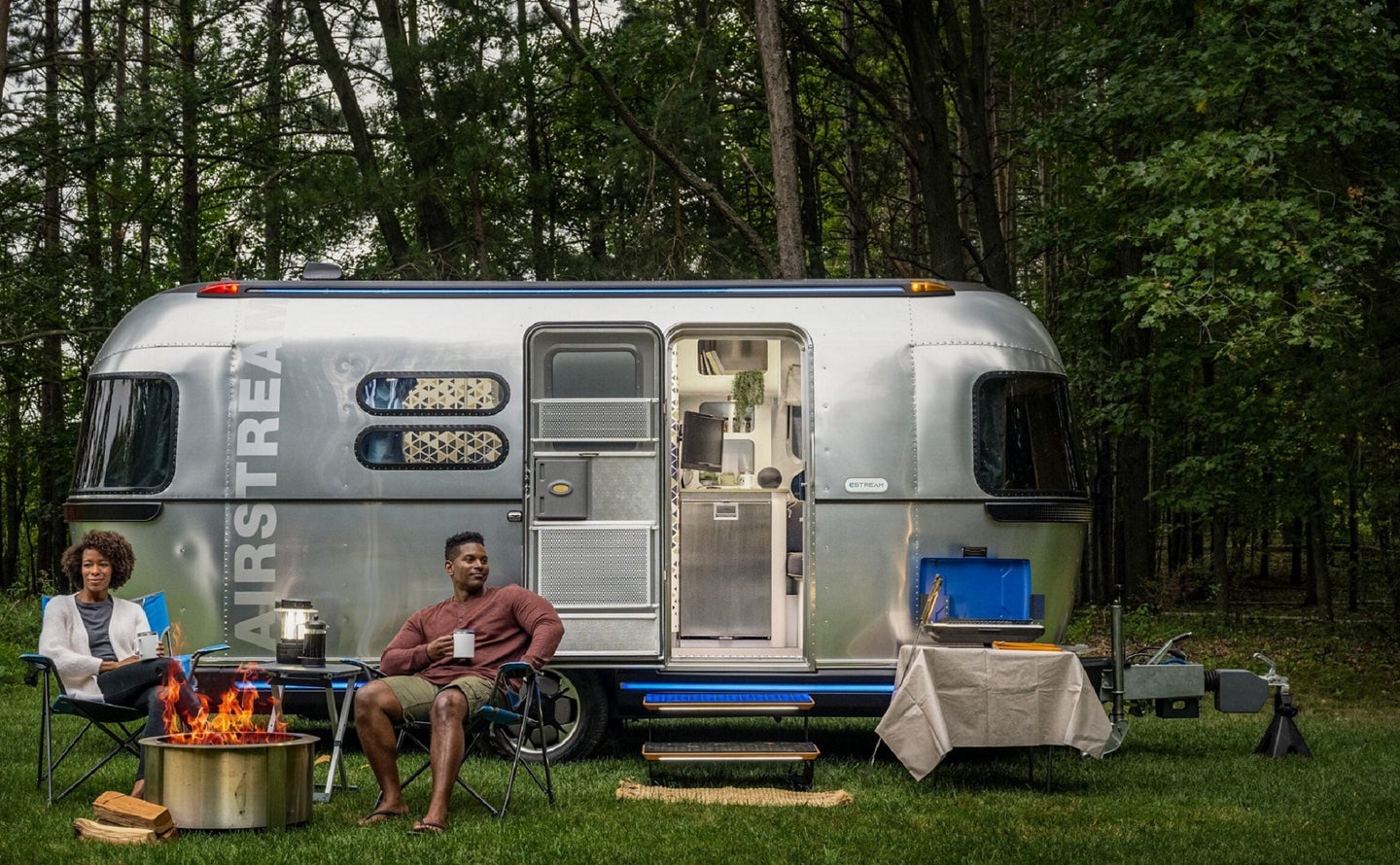 Motorhomes and towable trailers don’t have a reputation of having the most technologically advanced powertrains or being the most Earth-friendly. No matter if it’s a fifth wheel, towable trailer, or a big class B converted bus, you’ll probably be saddled with a neutral-colored drab box with some beige swirls on the back and sides, not really the harbinger of a new electronic, green motoring era. As companies continue to focus on eco-conscious efficiency in all aspects of travel, a company called Thor Industries is trying to remedy this issue. Thor, the parent company of Airstream, just showed two promising concept vehicles aimed directly at reducing emissions and making trailer life easier. One is a completely electrified recreational vehicle (RV), and the other is an electrified RV trailer.

First to bat is the Thor Vision Vehicle, an electrified converted van RV that uses a Thor Technologies electrified platform. The concept appears to be based on a Ford Transit cutaway, just with a weird, non-Ford interior. Still, the platform must be significantly different from Ford’s E-Transit, as Thor claims 300-mile range from a battery of undisclosed size, alongside a fuel cell. That’s a far cry from the 124-mile range from the much lighter and smaller E-Transit. It’s a nifty concept, but Thor’s second concept is even more interesting.

The Airstream eStream concept might just change the entire trailering game. The last time I towed anything, I was rewarded with low double-digit fuel economy, as my tow vehicle worked hard as heck to lug around an extra 5,000 pounds. I was candid about how my tow vehicle struggled up hills, and the racing engine swilled fuel. Airstream said screw that noise and installed an electric motor into a fully electrified platform. The motor can motivate the trailer’s axle, which helps your tow vehicle along and makes it more fuel- and power-efficient.

In a computerized demo, Thor demonstrated that the trailer could also be controlled remotely without a tow vehicle attached. This allows for easy maneuverability around the campsite or in your driveway. The eStream trailer concept is complete with solar panels and an app that promises to make finding campside charging stations easy. The trailer’s twin battery system provides motivation for the trailer, and electric power for the occupants.

Both concepts are a part of a new sustainability push from the RV industry giant. Both platforms have been developed with help from some big names, like ZF and Roush. Right now, these are still concepts, but they’re some of the most innovative pieces of RV and trailering tech since the GMC Motorhome. Both concepts are currently on display at the 2022 Florida RV SuperShow.