This glove gives you the sensational powers of an octopus 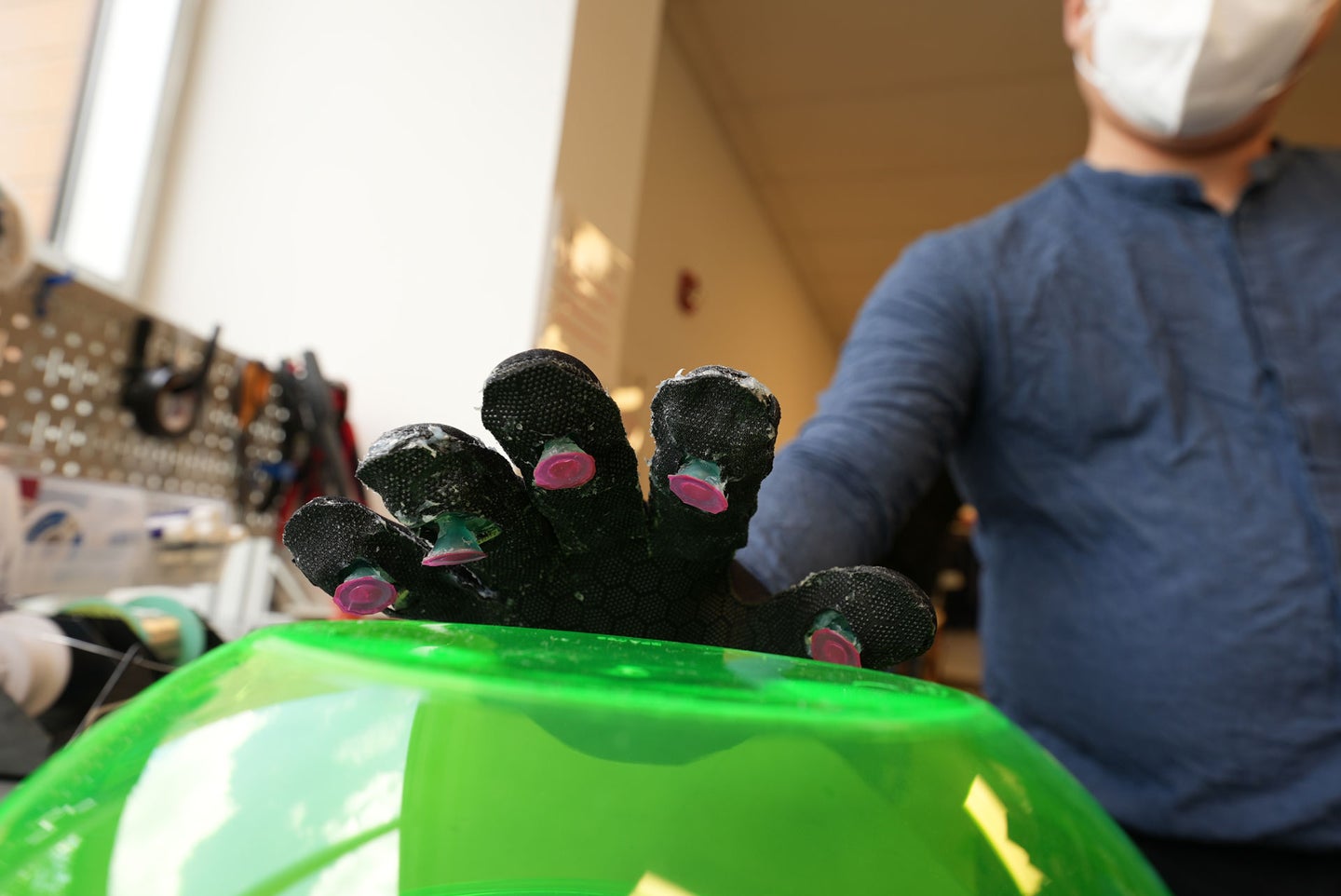 An octopus’s sucker-loaded arm is handy for a multitude of things, especially for a creature with no fingers or opposable thumbs. These arms, which also contain their own mini-nervous systems, allow the cephalopod to quickly grasp and release objects both above and in water.

Researchers at Virginia Tech and University of Nebraska-Lincoln wanted to recreate these properties on an underwater glove called the Octa-glove, which they described in a recent Science Advances paper. This glove can sense whether objects are within reach, and it can activate tiny suckers that can stick strongly to and release from surfaces.

On land, animals like geckos use physics properties like van der Waals forces to stick onto walls as they climb. But on wet or submerged surfaces, the sticky forces that work on land become less effective. And while some animals secrete glue-like substances to help them get a hold, octopuses have just the right kind of stickiness that robotics engineers like.

[Related: Engineers created a robotic hand with a gecko-like grip]

Octopuses create a pressure difference between their suckers and the environment as the force that attaches them to objects (imagine placing a paper over your mouth and sucking in to get it to stick). This force can then be reversed for detaching. In a robotics system, an air-based motor can be used to create this kind of positive, negative, or neutral pressure behind the sucker. This property by itself has inspired different iterations of soft robot arms with suckers.

But in this new prototype, individual elastic suckers inspired by the octopus’ are positioned at the fingertips of a glove, and researchers have combined the mechanically controlled suckers with a sensing system powered by an array of micro-lidar devices that use laser light to sense how close objects are.

When the object to be grasped is within a certain pre-programmed distance, the motors will activate the adhesive suckers. Using this decked out glove, researchers were able to pick up and lift items that were flat, round, rigid, and soft underwater—a metal toy, a spoon, a hydrogel ball, a plate, a box, and a bowl. They could also adjust how strongly the suckers held on to certain surfaces.

The team imagines that this special-purpose glove could help rescue divers, scientists, underwater archaeologists, bridge engineers, and salvage crews get a better grip on objects that might be slippery or delicate without squeezing it.

See the Octa-glove in action below: