Reports that both WhatsApp and Instagram are down come as Iranians protest a woman's death while in police custody. 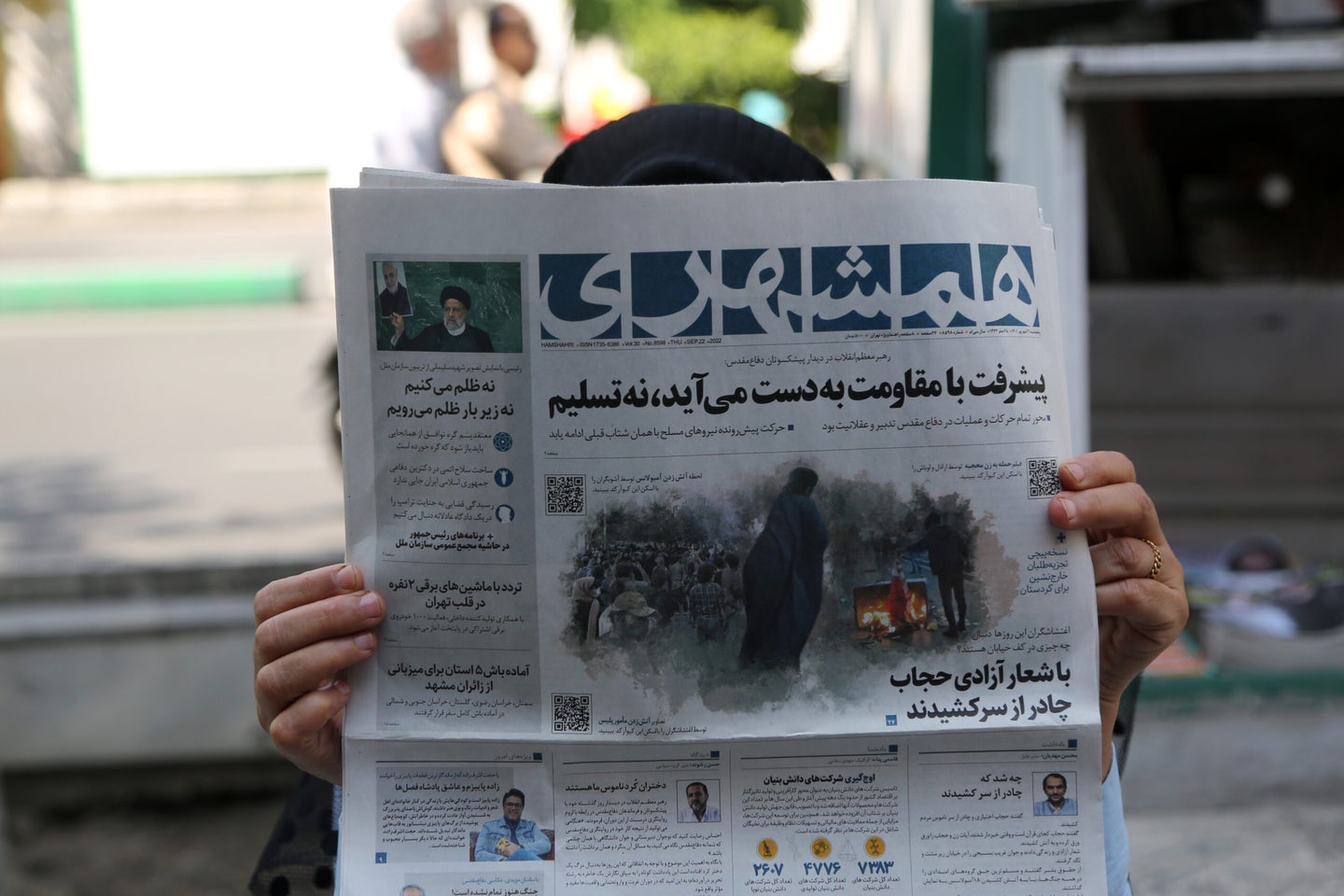 Iran has cut off most of its citizens’ social media access, according to reports from news organizations and watchdog groups. This comes following nationwide protests surrounding the suspicious death of Mahsa Amini, a 22-year-old Iranian Kurdish woman arrested last week for “unsuitable attire” the country’s morality police. Reuters reports that both WhatsApp and Instagram are now largely unavailable to Iranians as demonstrations escalate across the country—the largest protests since 2019’s unrest as a result of rising gas prices. While there are conflicting tallies, it is clear the latest wave of demonstrations has already turned fatal.

According to Netblocks, an organization tracking global digital rights, Instagram’s blacklisting marks a stark escalation in online censorship, since the Meta-owned social media platform is one of the only allowed in Iran, and as such is utilized by millions of its citizens. Reuters notes locals have also cited that entire mobile phone networks were offline. Iranian WhatsApp users reported only being able to send text messages, as both photo and video sharing options suddenly became unavailable. Both Twitter and Facebook have been banned in Iran for years.

“Observable connectivity was restored some 3.5 hours after the disruption came into place in Iran’s Kurdistan region, amid reports of at least four protesters killed by authorities,” NetBlocks explained in a blog post earlier this week. “Users have also reported the disconnection or severe slowing of internet service in multiple cities since the first disruption was registered on Friday 16 September 2022. The network disruptions are likely to severely limit the public’s ability to express political discontent and communicate freely.”

Internet restriction is a common tactic for authoritarian regimes looking to stifle civil unrest, as it makes organizing much more difficult for protestors and dissident groups. During Iran’s 2019 demonstrations which eventually claimed over 1,500 lives, authorities shut down the nation’s internet for around a week.

While governments can make it increasingly difficult to access internet sources, people often find ways to circumvent the censorship, usually via the use of virtual private networks (VPNs), which essentially establishes a buffer between you and public networks in order to bypass restrictions and keep data secure from prying eyes.