Why the Pentagon suddenly removed thousands of Afghanistan War images

The files will still be archived, officials say, but not on public platforms. 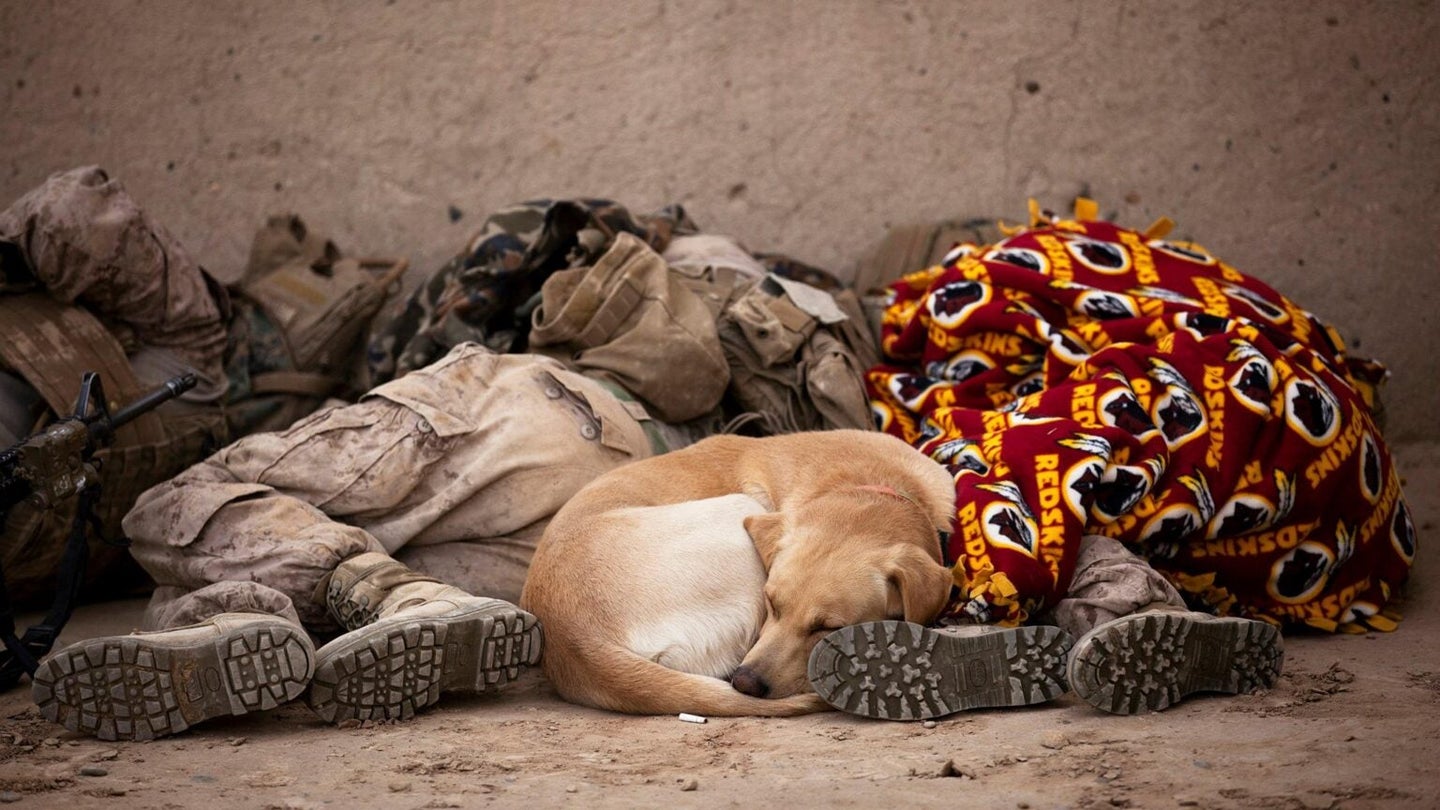 This photo, which was shared widely when it was taken in 2012, appears to be one of the 120,000 images that have been removed from DVIDS. Cpl. Reece Lodder/U.S. Marine Corps
SHARE

This story is excerpted from Task & Purpose.

The Pentagon has quietly removed a massive collection of Afghanistan War footage totaling more than 120,000 photos and 17,000 videos from its official visual record.

The images and videos, which date back more than a decade, were previously published to the Defense Visual Information Distribution Service, or DVIDS, a vast repository of public domain material that’s available for use by the public and the press.

The Defense Department began archiving the imagery in August and September as it was working to get Afghans out of the country, said Pentagon Press Secretary John Kirby, who noted that the U.S. government continues to try to help Afghans who need to leave.

Kirby said on Monday that he made the decision to temporarily archive any images and videos that could put Afghans in danger.

“My guidance was: I want any imagery that could be used to identify individuals and/or family members over the last 20 years of war; I wanted it to be unpublished for a temporary period of time, and it is temporary,” Kirby told reporters at a Pentagon news briefing. “It was done out of an abundance of caution.”

All told, roughly 120,000 photographs and about 17,000 videos have been unpublished, said Kirby, who did not specify exactly when the imagery would be reposted. None of those images or videos are classified, he said.

“We did not delete, but we took off publicly accessible platforms and archived for future republication at a later date,” Kirby said. “We removed thousands of still imagery and videos that would show the faces or any other identifiable information about many of the Afghans that we have worked for and we have supported and who have supported us over the last 20 years.”

As of Monday, there were approximately 86,000 images and 46,000 videos from Afghanistan remaining on DVIDS.

“This was an abundance of caution that we felt was necessary in keeping with our obligation to protect the identities of our Afghan allies and partners,” Kirby said. “When we don’t feel that that need is there, then we will absolutely republish them.”

Kirby also said his decision was not prompted by a specific security threat, but the U.S. government had reason enough to believe that the Taliban would hunt down Afghans who have worked with the American government or their families.

“I think those concerns were valid and we make no apology whatsoever for making this decision,” Kirby said. “I still believe it was the right thing to do. And at the right time, we’ll absolutely republish them. Nothing has been deleted from the record. It is simply being archived until we believe it’s the appropriate time to put them back up.”

Since the Taliban’s victory in August, militants have targeted countless Afghans who were part of the former government, including intelligence officers and special operations forces, female judges, and the families of Afghans who worked for the U.S. government.

While the Defense Department has long withheld most information about Afghanistan, the military’s concern for the security of Afghans who have worked with U.S. troops is legitimate. In late September, Task & Purpose was provided with several pictures and videos that appeared to show the Taliban carrying out gruesome reprisals against Afghans.

It is also true that the Afghans who are shown in the pictures that were taken down were at risk before the fall of Kabul, said retired Marine Col. David Lapan, a former Pentagon spokesman.

If the Defense Department felt it was necessary to remove pictures of Afghans in order to protect them from retaliation, then the Pentagon should have publicly explained why they were taking this step and how they decided which images needed to be taken down, Lapan said.

“Because the past several years have seen damage to the credibility—not just of DoD, but across the government – then it’s incumbent upon the department to explain this in a way that, again, doesn’t cause people to question the motives behind it,” Lapan said.

But Kirby described the effort to remove so many pictures and videos as a “mammoth undertaking” that took nearly two months; and he added: “The reason why I didn’t announce it was because we were in the middle of it and it wouldn’t make much sense to tell the world that we were archiving these images before we were done archiving them.”

Kirby also said that he didn’t want to have to discuss this issue because the U.S. government is still trying to get many Afghans at risk safely out of the country.

The Defense Department coordinated with the State Department and other government agencies as it unpublished the imagery, Kirby said.

Despite the cited reason being to prevent Afghans from being targeted by the Taliban, a wide range of photos that do not show Afghan soldiers or civilians have also gone missing. Many other photos, from portraits of U.S. service members to patrols and troops in combat, have been archived. However, a review of existing images suggests that the methodology was not uniform, or that it may have been based on what “tag” was used—a word or phrase that can be searched for.

This concern was echoed in conversations with current and former service members in the public affairs field who deployed to Afghanistan and documented military operations first-hand, and who reported seeing differing volumes of their work disappear from the database.

Yet, evidence of their removal remains, resulting in dead links, or thumbnails of the original photo appearing on Google when the image is searched for. Additionally, because the images were previously released and, like all content uploaded to DVIDS, are public domain, they can be found on other websites.

For example, photos showing U.S. Army soldiers in Kandahar province by Sgt. Kimberly Hackbarth no longer appear on DVIDS as part of the Army news story they were published with in April 2013. However, those images are still online in a Los Angeles Times story, and elsewhere.

Additionally, a widely shared 2012 photo by Marine Cpl. Reece Lodder showing two Marines sleeping alongside a military working dog in Helmand province has disappeared from DVIDS as well, despite still being on Wikimedia Commons and the Marine Corps’ official Facebook page.

Read the rest of the reporting at Task & Purpose.