Plus, what to know about the Dark Horse variant. 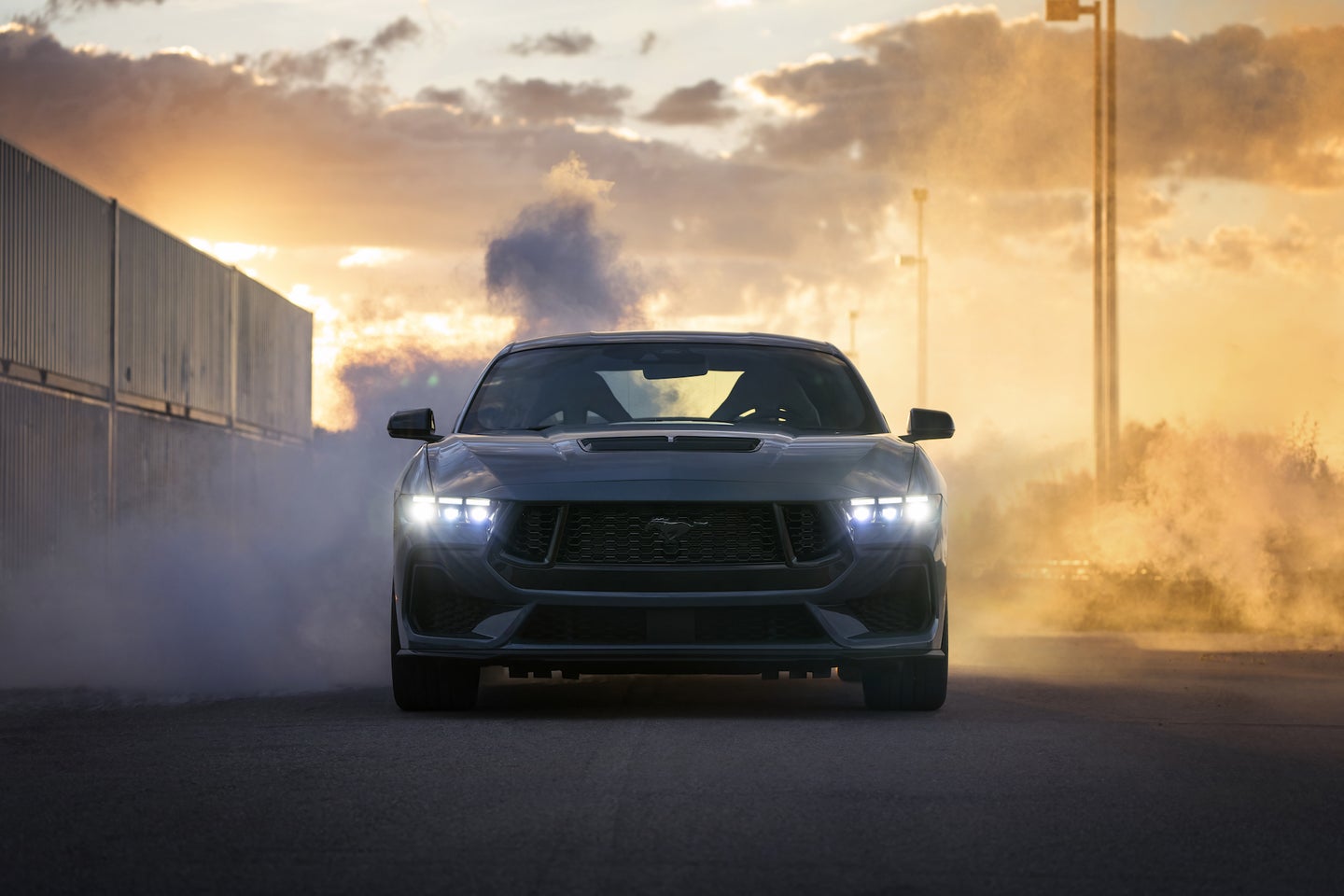 On April 17, 1964, Ford launched a legend at the New York World’s Fair. Named after a WWII-era fighter plane, the Mustang was conceived as a car to reach young people looking for fun, as well as families in the market for a second vehicle. The coast-to-coast promotional efforts were tremendous. Right out of the stable, the new pony car succeeded beyond the Blue Oval’s wildest dreams; 22,000 Mustangs sold in that same day.

With the seventh generation of the mighty Mustang revealed on September 14, Ford is once again reaching out to the youth market, but this time with technology instead of price and novelty. Well, there is some novelty in the gamified digital dashboard sprawling across the cockpit, but it’s a new iteration of the Mustang. Let’s take a look at the tech inside the vehicle and under its hood.

Starting with the base model Stang, the overhauled cockpit is illuminated by a 13.2-inch touchscreen and 12.4-inch gauge cluster replete with more data than Mustang owners have ever seen. Stepping up to higher trim levels means that those two panels are combined into one, blending into one fluid glass panel.

Like the all-electric Mustang Mach-E, the interior of the 2024 Mustang is awash in an ultra-modern appearance that replaces the previous blue and gray tones. Nearly every feature can be controlled with a video-game-like interface that will appeal to the generation that grew up with computers and smartphones. To build a three-dimensional car graphic rendering that manipulates settings with a swipe, Ford leveraged Unreal Engine 3D, which is a creation tool from Epic Games used in many current video games. Other automakers like Volvo and GMC are using the tool as well.

[Related: This Florida teen is making a business out of rebuilding old-school auto tech]

It’s definitely a shakeup from what Ford has employed in the past, and the automaker has done its homework to better understand the desires of up-and-coming buyers and future Mustang fans.

“We knew what customers wanted and designed the most digital Mustang ever while retaining the all-important driver-focused cockpit,” said Ford Interior Design Manager Ricardo Garcia. “Removing some of these physical buttons, such as radio and climate control, and integrating them into a digital display was popular in research with Millennials, Gen-Z and traditional Mustang drivers alike.”

Like the new Cadillac Lyriq, the Ford Mustang is getting flashier sights and sounds, with animated welcome lights and splash screens. Owners who want to show off will make use of the Remote Rev feature, which gives the key fob holder the option to rev the Mustang remotely with pre-programmed sounds. (But do so at home only if your neighbors are tolerant of noise.)

In all models, Ford opted to keep the 2.3-liter turbo-four engine and a 5.0-liter V8 from the previous-gen Mustang, but modified both heavily for performance. The automaker says it subbed in a new fuel-delivery and ignition system as well an updated turbocharger for better fuel efficiency and performance overall. And for those who like big power plus the option to row their own, the V8 comes standard with a six-speed manual transmission.

At the top of the heap is the Mustang Dark Horse, which is the first new Mustang performance series in more than two decades and boasts a screaming 500-hp V8. Ford’s promoting the improved aerodynamics, upgraded hardware, new software, and more to make it “the most track-capable 5.0-liter V8 street-legal Mustang ever.”

The new Mustang Dark Horse uses what Ford described as “nostrils” embedded in the grille for better engine breathing, enhanced by street-legal, track-ready tires and streamlined aerodynamics. The trapezoidal nostrils and lower front bumper “fangs” complete the menacing look of the Dark Horse. (As internal combustion engines burn gasoline, they require oxygen to feed the fire, and that’s where the intake nostrils come into play.)