This comes shortly after Ghost added a sniper rifle to one of their models. 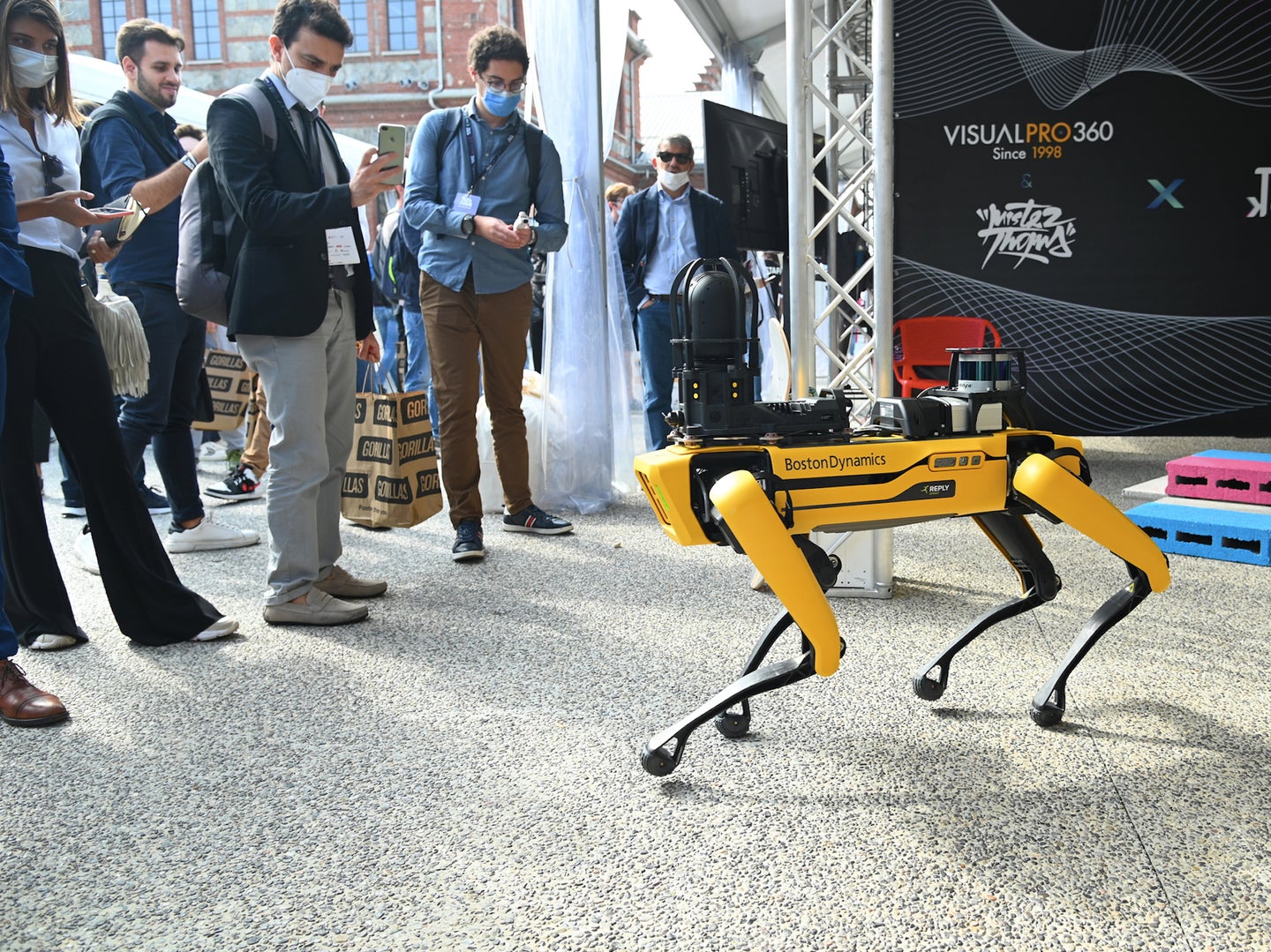 Should there be only one top dog?. Deposit Photos
SHARE

Boston Dynamics and Ghost Robotics have both offered similarly unsettling four-legged automatons to consumers for a few years now—although only one of those companies recently strapped a sniper rifle to their product. As it seems, however, turning your quadrupedal robot into a weapon apparently isn’t enough of a differentiation to prevent a legal battle, as Tech Crunch and elsewhere report that Boston Dynamics has filed a lawsuit against Ghost Robotics alleging multiple patent infringements.

According to legal paperwork submitted on November 11, Boston Dynamics is accusing their competitor of blatantly copying seven patents for “core technology” related to Spot, the plaintiff company’s four-legged, dog-like robot. “Boston Dynamics’ early success with the Spot robot did not go unnoticed by competitors in the robotics industry, including Ghost Robotics,” argues a portion of the filing, specifically calling out Ghost Robotics’ Vision 60 and Spirit 40 quadruped products. Boston Dynamics also recounts that it sent Ghost a request to review its patents over the summer, followed by multiple cease and desist letters that went unanswered.

[Related: Boston Dynamics gave its dog-like robot a charging dock and an arm on its head.]

As Tech Crunch also notes, although Boston Dynamics has previously sold products to law enforcement groups such as the New York Police Department (although that partnership ended last year), it still opposes weaponizing robots. Last month, the company even added its name to an open letter speaking out against the practice, alongside companies including Clearpath Robotics and ANYbotics. “We believe that adding weapons to robots that are remotely or autonomously operated, widely available to the public, and capable of navigating to previously inaccessible locations where people live and work, raises new risks of harm and serious ethical issues,” reads a portion of the letter. “Weaponized applications of these newly-capable robots will also harm public trust in the technology in ways that damage the tremendous benefits they will bring to society.”

Compare this to Ghost Robotics, whose CEO once vowed, “We’re not going to dictate to our government customers how they use the robots” shortly after debuting one of its aforementioned four-legged robots with SWORD Defense Systems Special Purpose Unmanned Rifle (SPUR) mounted to it at a trade show.

Ghost Robotics had not yet responded to the allegations at the time of writing.