A spacecraft delivers rare samples of extraterrestrial dust to Earth. Now scientists need your help to study it 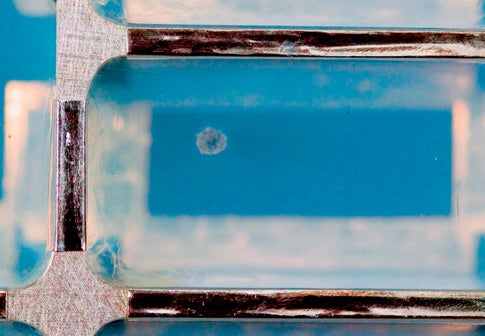 “We believe we have the Holy Grail,” says Don Brownlee, the lead scientist for NASA’s Stardust mission, in which a robotic spacecraft traveled nearly three billion miles to capture interstellar dust and comet particles and then flew back to Earth in a seven-year round-trip voyage. The touch-down this January in the Utah desert marked the first successful return of extraterrestrial material since 1976, when an unmanned Soviet probe last brought home moon rocks.

Comet dust is “a library of what was in the early solar system,” explains Brownlee, an astronomer at the University of Washington. Formed at the very edge of our solar system, comets have been relatively unscathed by the processes that have shaped Earth and its neighbors. Thus, scientists think the dust streaming from them could offer up clues to our origins.

An estimated 150 scientists worldwide are analyzing the comet dust. Another group is studying the interstellar particles, which stream through our solar system from other parts of the galaxy. To search 1.5 million digital scans of the foam-filled collectors in which the grains of dust are trapped, researchers at the University of California at Berkeley are recruiting more than 100,000 volunteers. They say that, without help, it would take them upward of 20 years to find the microscopic dust particles.