Weâ€™ve come a long way since the Hoover, but an autonomous robot-maid is still a long way off. Donâ€™t throw away the dish gloves just yet. 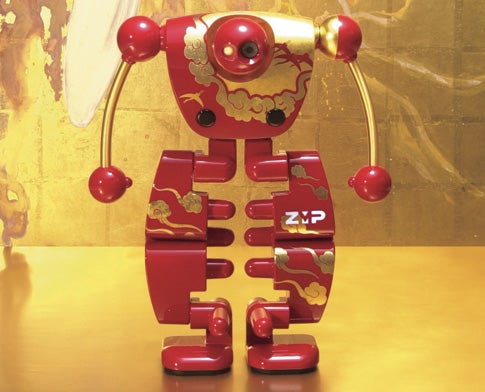 From the Jetsons’ Rosie to Richie Rich’s Irona to Robby of Forbidden Planet, we’ve been promised digital domestics that look and act a lot like . . . a maid. But that isn’t going to happen anytime soon, robot experts say. The problem? Today’s machines are a long way from having the anthropomorphic qualities-above all, sight-found in human help.

The problem once seemed solvable enough: Connect a camera to a computer, and bingo!-robot eye. But true perception is much tougher than it looks. “We’re making progress,” says Sebastian Thrun, director of the Stanford Artificial Intelligence Laboratory, “but getting machines to replicate our ability to perceive and manipulate the world remains incredibly hard.”

For now, the field of at-home robots isn’t even close. Although the market for personal and service robots has nearly doubled since 2002, your Roomba isn’t going to bake you cupcakes or wash your dishes.

Most likely to yield an automated housekeeper is radio-frequency identification (RFID), which would allow the robot to converse with inanimate objects. Working off a wireless network, it might approach a cold drink and transmit this kind of information:

Robot: Who are you?

Drink: I´m a bottle of milk. This is how you pick me up.

Robot: Anything else I should know?

Drink: I expire in three weeks. Please recycle me when I´m finished.

Kevin Ashton, vice president of ThingMagic.com, a leading RFID company, says that instead of your spending hours cleaning up after a dinner party, a machine will take in the information provided by the pots and pans and put them where they “say” they need to be. “Combine this type of perception with robotics,” he says, “and in the next 10 to 20 years we’ll have our robot maid.”

Today’s best home robots prove that good, cheap help is still hard to find. Find three of the most promising potential robo-maids on the following pages:

Run on 14 motors, Nuvo is controlled by a computer, cellphone or remote control. It walks about 10 feet a minute and can also roll over and do headstands. Try getting your dog to do that.

Nuvo is part entertainment buddy (it dances and plays music), part mobile baby monitor and security device (it can store 100 images, which can be sent to a phone). The next version will also recite your email and daily schedule.

How it works:
Looking and acting like a steel PC roaming about on rubber wheels, the 914 runs off Windows but was built to be hacked and programmed to its master´s specs.

This is a combo surveillance bot and entertainment center (it surfs the Web, word processes, and plays games). A model MP3 version plays music, burns CDs, and includes a 5.5-inch screen for playing games or watching movies.

An autonomous, human-looking walking robot that’s powered by a rechargeable battery and operated from a portable controller.

ASIMO, short for Advanced Step in Innovative Mobility, walks, runs, turns lights on and off, and carries packages. The machine’s utility could bode well for the elderly and others who could use an extra hand.