David Rose is racing what he hopes will become the first propeller-driven aircraft to break the sound barrier in controlled flight.

David Rose wants to make a splash at Reno this year, followed by a bang–or rather, a series of excruciatingly loud bangs. He is racing what he hopes will
become the first propeller-driven aircraft to break the sound barrier in controlled flight–a feat that will make so much noise and produce so little tangible benefit that he doubts anyone will ever attempt it again. “I won’t achieve anything,” says Rose, a steely-eyed 67-year-old. “It’s just one of those things that should have been done many years ago but hasn’t.”

It hasn’t been done for good reason. In the 1950s
the U.S. Air Force flight-tested a jet-engine-powered, propeller-driven fighter called the XF-84H, but the “Thunderscreech” proved so monstrously loud that it
actually made people ill. With less power and a much smaller prop, Rose’s plane, Renegade, should be quieter –but not much. With four propeller tips, each going
supersonic simultaneously, and a roaring 1,700-hp
engine, “it’s going to be mind-bendingly noisy,” aerodynamicist Barnaby Wainfan says.

Taking a propeller-driven plane to Mach 1 also presents other, more critical problems, such as how to
cram a massive engine into a tiny airplane. Rose had
to scrap the original fuselage because the engine’s enormous torque twisted it excessively. To stiffen the airframe, Rose designed a new fuselage around a cage of chrome-moly tubing, like that used by drag racers.
“I could comfortably crash this at 300 mph,” he says.

Ideally, Rose won’t have to, but the challenge of
piloting such a light, powerful prop plane can’t be
overlooked. One of the biggest technical issues is managing the torque of the engine with Renegade‘s tiny wings. When the engine is revving high at low airspeeds–as it would during takeoff–the whole package could prove uncontrollable.

Rose plans to race Renegade at Reno this fall, win the heavyweight Unlimited class, and impress a potential sponsor enough to fund the $150,000 upgrade from
the current 1,200-hp engine to a 1,700-hp replacement.
If all goes according to plan, by next summer he’ll be
piloting the push-prop beyond Mach 1.

Left: Greenamyer in 1966, days before winning the Unlimited class for the third time in the then three-year history of the event. Right: Sharp and Nemesis in 1998, after he bested his own speed record by 6.5 mph. 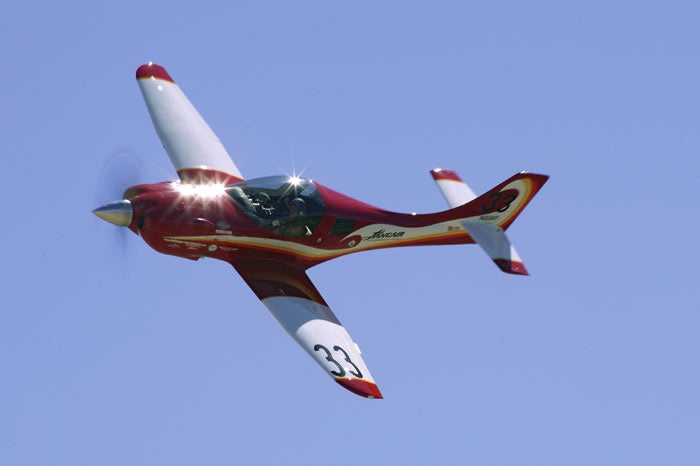 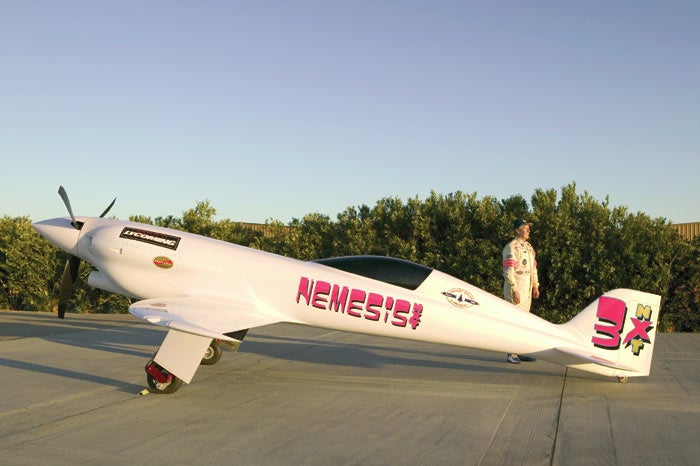 Sharp and the Nemesis NXT, in Mojave, California, earlier this year. 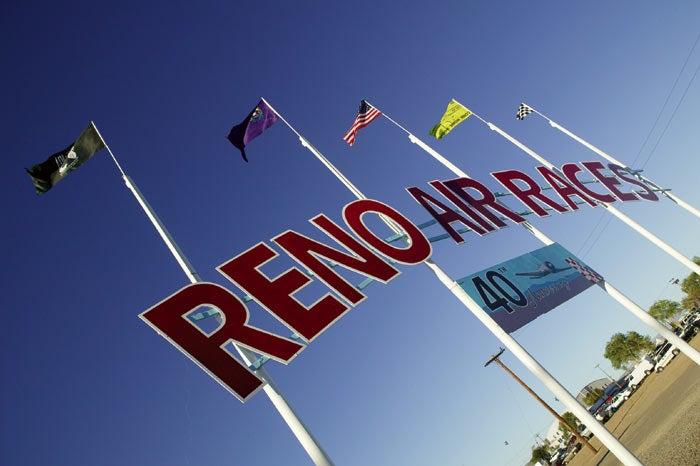 After decades of decline, relatively cheap and fast kit planes could resurrect pylon racing, still seen every September in Reno. 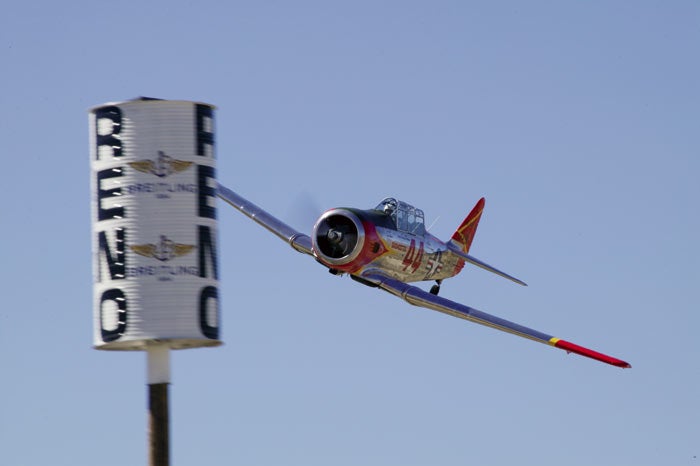