In a case that’s somewhat chicken-and-egg, one of the many reasons computer scientists and physicists are pursuing a working quantum... 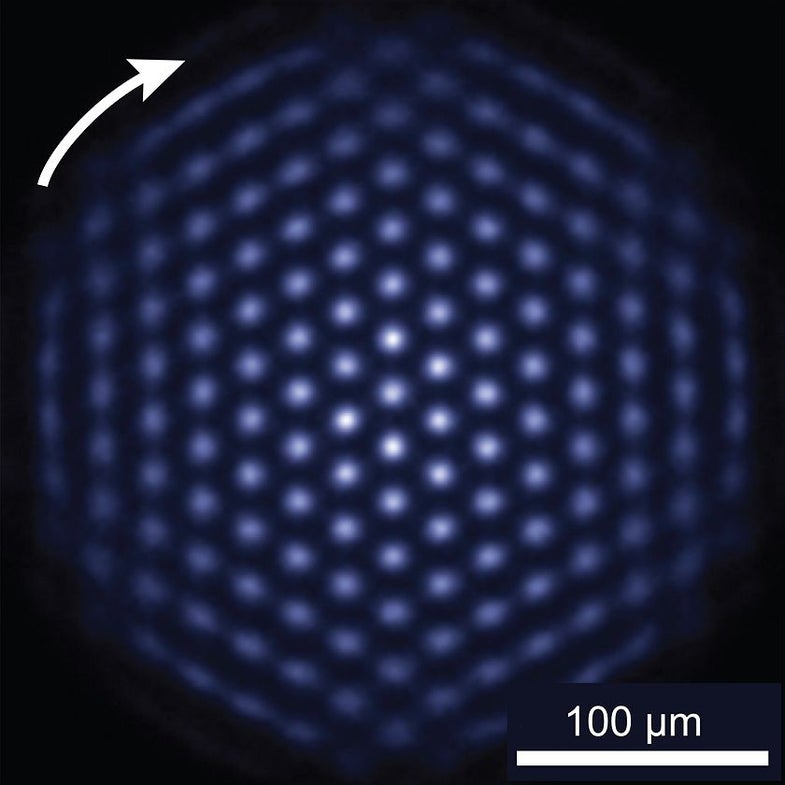 In a case that’s somewhat chicken-and-egg, one of the many reasons computer scientists and physicists are pursuing a working quantum computer is to model quantum systems themselves. Modeling some quantum properties for systems even with a just a few dozen particles is impossible on even the biggest conventional supercomputers, and the pursuit of new materials and next-level science requires that we find a way to do so. So it’s notable that physicists at the National Institute of Standards and Technology (NIST) have constructed a quantum simulator can simulate interaction between hundreds of quantum bits.

This isn’t the holy grail of quantum computing by any means, but it’s an exciting step forward. The NIST simulator is basically a single layer of beryllium ions, hundreds of them stretching across a circular plane less than one millimeter in diameter hovering inside a chamber known as a Penning trap. The quantum bit–or qubit–in this case is the outermost electron of each ion, which acts as the quantum equivalent of the classical bit, the 0 or 1 (or both at the same time, in quantum context).

By cooling the ions to near absolute zero with a laser and then hammering them with carefully timed microwave and laser pulses, the NIST physicists are able to get the electrons to interact in controlled ways that mimic–at least mathematically–complex quantum systems that can’t be studied practically in the laboratory. Thus, it’s more a quantum system simulator than a true quantum computer, but it’s exciting nonetheless. This kind of sim could help physicists model and study extremely complex and amazing theoretical materials, like high-temperature superconductors that could someday move electricity across vast distances in power grids without losing much of it as heat.

The early benchmarking experiments look good for this quantum sim, the NIST reports, though in order to benchmark their creation experiments had to be carried out with relatively weak interactions between electrons since the system had to be simple enough to be confirmed by a classical computer. Here, the physicists bumped up against one of the key problems facing the field of quantum computing.

To check the efficacy of the first quantum computers (or simulators) scientists will need a working quantum computer–a paradox that is going to lead to some fits and starts along the way to building a true quantum computing platform. Early quantum breakthroughs are going to produce the equivalent of algebra problems for which it’s impossible to work backwards to check the accuracy of the answer. But hey, this is the bleeding edge of quantum physics and computer science–and certainty is boring anyhow.