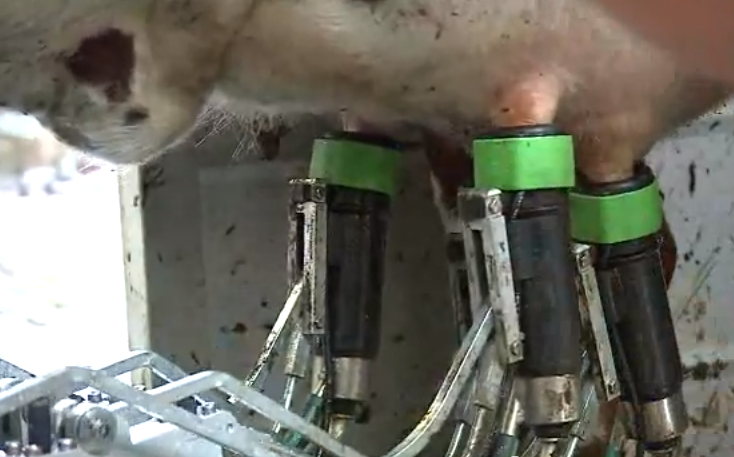 Dornauf Dairy in Tasmania, Australia, has a brand-new automated, unmanned milking system, which can milk 24 cows simultaneously. The cows can be milked twice a day, ambling through a series of automated gates to reach the milking stations. Electronic collars help the robots identify them.

German-based GEA Farm Technologies also has a new a multi-station milking system called the MI_one_, which milks cows automatically. The milkers are manually attached to the teats for calibration, and then it can attach automatically, positioning itself beneath the udder and attaching to a teat using a suction system. The system cleans and stimulates the teats to start milk flow, and analyzes the milk on the spot. (The first three-ish minutes show the system being installed like a futuristic barn-raising, but it gets interesting around 3:10.)