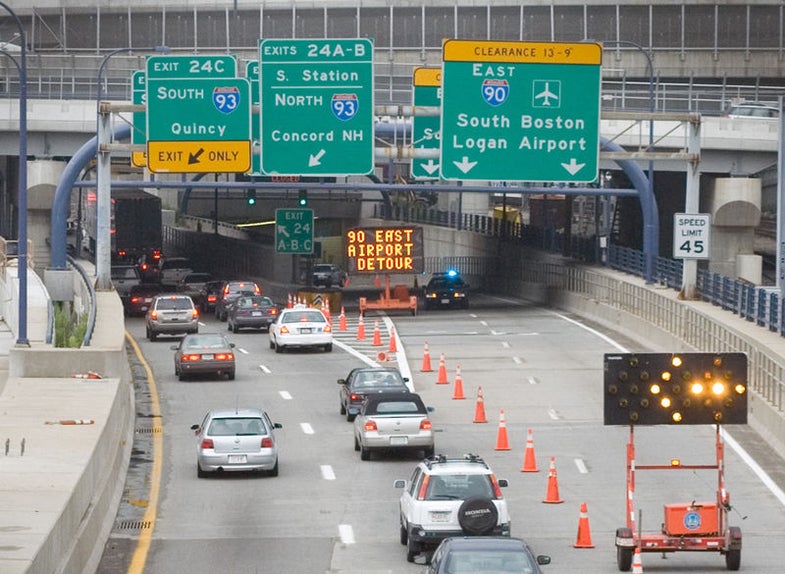 By some estimates, Boston is one of the 10 worst cities for traffic congestion in the United States. To alleviate the problem, Boston tapped IBM’s Smarter Cities Challenge and the technical expertise of that company’s engineers to build an app that merges everything from cell phone accelerometer data to comments made via social media to paint an all-encompassing realtime picture of Boston’s traffic situation.

Software apps have been developed to help track traffic and ease congestion before, but the city of Boston wasn’t simply looking for another means to track congestion over the course of a given day. By tracking data from various streams in one place, the city hopes to be able to make realtime adjustments to the way traffic is flowing in the city–perhaps even adjusting the traffic light patterns on the fly–to accommodate realtime unfolding events, whether an accident in the tunnel or a home game at Fenway Park.

The key to all that, of course, is more and better data, which the prototype app will glean from every possible source, from surveillance cameras and street sensors to citizens’ cell phones and Twitter feeds. All those data points, filtered and analyzed, will hopefully give city planners a better read on the city’s traffic patterns, the places where bottlenecks tend to occur, and the locations where greenhouse gas emissions tend to pile up from too many idling cars.

Perhaps most impressive: the six-engineer IBM team pulled the entire app together in just three weeks last month, wrapping up their work late last week. They will formally present the city of Boston with their recommendations for future development of the platform sometime later this year, but in the meantime the app will continue to be tested over the next six months. If everything continues to move forward, a public version of the app could be headed to smartphones so that individual citizens can also inform their transit decisions with this kind of holistic data analysis.