FYI: Are There Traffic Laws in Space Yet?

Only a few. Right now, the roughly 20,000 man-made objects orbiting the Earth are less regulated than the cars on... 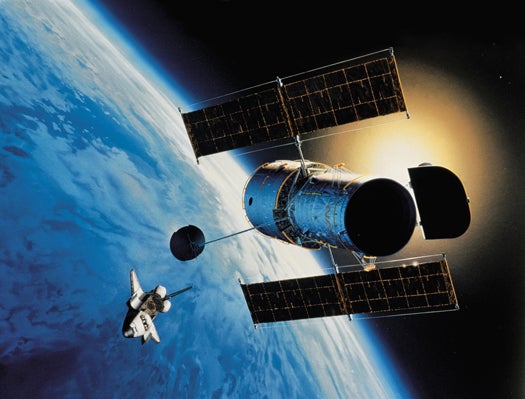 Only a few. Right now, the roughly 20,000 man-made objects orbiting the Earth are less regulated than the cars on a morning commute. Satellites are usually on a fixed path, so the traffic control comes prelaunch. Most can move slightly to maintain orbit, but only a few can maneuver on short notice to avoid a collision. Satellite operators make sure they know where other space objects are so that none come close enough to collide.

The International Telecom Union, a United Nations agency, assigns satellites slots in a geosynchronous orbit 22,000 miles above Earth. Operators must agree to follow ITU rules and to register the orbit, broadcast frequency and purpose of their satellite. Satellite owners also register an “end of life” plan, usually giving a nonfunctioning satellite a boost into an internationally recognized “graveyard orbit.”

Other launches, like those for space shuttles, don’t need any international body’s approval but often need national clearance, such as an FAA license. Most space agencies recognize the value of staying out of one another’s way, though, and register launches with the U.N. Office for Outer Space Affairs, which keeps track of an estimated 93.5 percent of all functional space objects, including about 3,600 active satellites. The current system usually works. The only satellite collision on record is a 2009 bang-up between Russian and American satellites in low Earth orbit.