Last week, the world waited with bated breath as Swedish robotics engineers teased us with promises of a robotic swan... 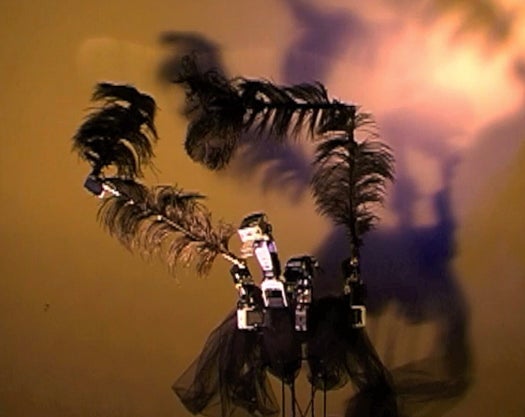 Last week, the world waited with bated breath as Swedish robotics engineers teased us with promises of a robotic swan that danced so beautifully to Tchaikovsky’s “Swan Lake” that the few who had viewed it were moved to tears. The dancing swan was unveiled this week at Sweden’s largest book fair, and due to the overwhelming demands of readers (okay, three of you) we’ve obtained the first video of robo-swan in action.

The swan was created to explore the role of robotics in the arts, and its routine was carefully choreographed by a highly-respected professional choreographer. The robot itself is something of a marvel of dexterity, boasting 19 joints – several of which are in the neck – that lend it the (somewhat) graceful motion of a real swan.

I wasn’t exactly moved to tears by the performance, but it is an interesting application for robotics, a field usually associated with practical industrial tasks, and more fantastically with post-apocalyptic wars waged against mankind. Robo-swan shows that robots could indeed enjoy an expanded role in art and culture if someone just takes the time to teach them a thing or two.