After $19 Billion Spent Over Six Years, Pentagon Realizes the Best Bomb Detector Is a Dog

The Pentagon's best (and best-funded) engineers have toiled for years, only to realize the supremacy of the canine schnoz 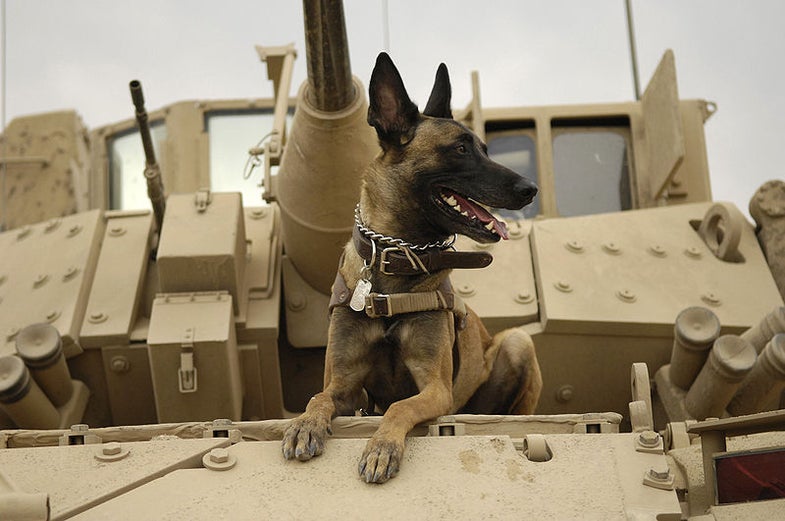 After six years and nearly $19 billion in spending, the Pentagon task force assigned to create better ways to detect bombs has revealed their findings: The best bomb detector is…a dog.

The Joint Improvised Explosive Device Defeat Organization, or JIEDDO (the Pentagon should really take a page from DARPA and make catchier acronyms) has been working on this problem for years, but it’s only getting more serious. There have been more roadside bombs in Afghanistan in the first eight months of this year than in the same period in 2009, so the work JIEDDO is doing is under extra scrutiny.

That made it even more embarrassing when the director of the organization told a conference yesterday that “Dogs are the best detectors.” As it turns out, the most sophisticated detectors JIEDDO could come up with tend to locate only 50% of IEDs in Afghanistan and Iraq. When soldiers are accompanied by bomb-sniffing dogs, that number goes up to 80%. That director, Lieutenant General Michael Oates, told the conference that his organization now focuses on disrupting the use of IEDs, rather than flat-out detecting them…because they haven’t make all that much progress on the detection front.

Instead of detection, JIEDDO now spends money on drones to find those planting IEDs, radio jammers to screw with the frequencies used to detonate the bombs, and lots of aerial sensors to scan bomb-heavy areas. That’s all useful, but Congress has recently shown a lack of confidence in the group’s accomplishments, its focus, and in the way its funds are being spent. In response, the House Armed Services Committee cut the group’s budget by nearly half a billion dollars–which, as it turns out, can train a whole lot of bomb-sniffing dogs, or at least buy some sweet dog armor.