Sensors Developed To Detect the Smell Of Human Fear

Security agencies have long used the canine nose to sniff out contraband like explosives, drugs, human traffic and the like... 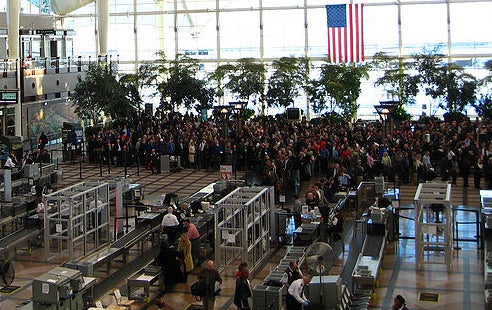 Two sensors being developed by British researchers would enable security personnel at airports, border checkpoints and large public events to detect the smell of fear on possible criminals or terrorists.
SHARE

Security agencies have long used the canine nose to sniff out contraband like explosives, drugs, human traffic and the like by picking up the scent of criminals’ illegal cargo. Now British scientists are developing two sensor systems that sniff out the criminals themselves by zeroing in on a specific pheromone emitted when humans are in stressful, fearful situations.

The two devices detect the same pheromone in human sweat via different mechanisms: one by laser absorption, the other by a portable optical fiber device. A feasibility study is pending, but once complete the devices could be developed in time to help police identify dodgy behavior, and potential threats, at the 2012 Olympics in London.

The British research piggybacks on findings by American scientists last year who collected the underarm sweat of 20 first-time skydivers just before the jump. The researchers found that when other subjects were asked to smell the samples while undergoing brain scans, the parts of the brain associated with fear responded to the smell of the fear pheromone.

The challenge before British researchers is pinpointing the exact chemical makeup for human fear. They must also figure out how to deal with interference from other odors, deodorants and perfumes. But prototypes could be available for testing at border crossings and large public events within a couple of years.