Just last week, the Chinese air force chief officer called military competition in space “inevitable.” For those who thought this... 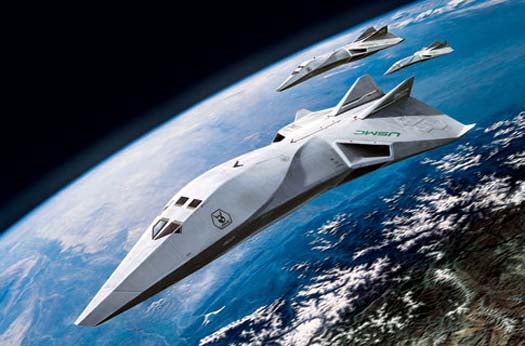 Just last week, the Chinese air force chief officer called military competition in space “inevitable.” For those who thought this was just idle saber-rattling, take a look at what the American Air Force is cooking up this morning: a $50 million bid for better interplanetary weather forecasts, “battlespace surveillance” in space environments and inertial sensors for navigation, presumably in situations where the standard compass isn’t effective.

The call for proposals is pretty general, but it specifically seeks “to define the impact of the Earth’s space environment on Air Force systems and to achieve a capability for specifying, predicting, mitigating, and exploiting the effects of the space environment that can disrupt or degrade Air Force operational systems.” In short: we need to figure out how to expand our Air Force capabilities into the area immediately outside Earth’s atmosphere.

More specifically, the call for bids wants research in forecasting solar and interplanetary weather conditions that can cause electromagnetic or geomagnetic interference with communication signals or space flight systems. It also seeks better sensors for situational awareness in space; that is, commanders want to know how to best calibrate navigational instruments in space, as well as to create next-gen orientation sensors with “accuracies surpassing state of the art ring laser gyroscopes.”

This certainly isn’t the American military’s first foray into space technology, but it is a remarkable investment in research that is aimed at actually operating in space. Whether or not the Chinese commander’s comments precipitated this call for proposals is unclear, but they certainly didn’t go unnoticed by our top military brass. The Air Force isn’t going interstellar anytime soon, but it appears to be on the long-term agenda.