Smart Armor Knows Its Own Strength, As Well As The Enemy’s

While weapons continue to grow smarter and smarter, the U.S. Army is developing armor to match the arms. A new... 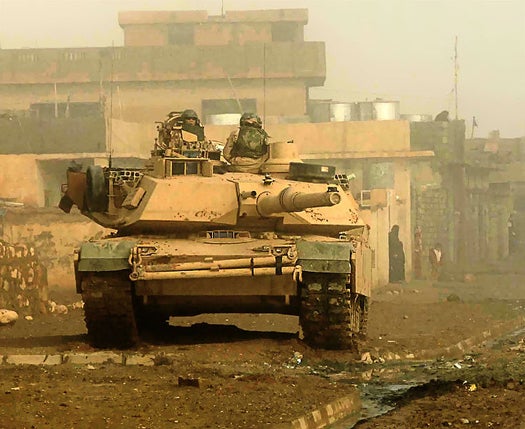 While weapons continue to grow smarter and smarter, the U.S. Army is developing armor to match the arms. A new ‘intelligent’ armor under development at the Army’s Tank Automotive Research, Development and Engineering Center can evaluate its own condition, identify the type of round being shot at it, and even generate electrical power from bullet strikes. Whether wrapped around a tank or an infantryman, the smart armor can relay information to soldiers in real time, extensively upping battlefield awareness.

The armor works via piezoelectrics, which essentially turn mechanical energy into electricity (and vice versa). Two piezoelectric sensors are placed within the armor, one that turns a small electric charge into a tiny vibration, and another that turns the vibration back into an electric charge. If the armor plate is damaged, some of the current won’t be recycled at the second sensor, and a computer can then tell exactly what shape the armor is in. 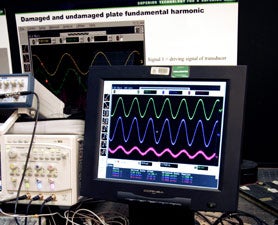 Engineers at TARDEC are using piezoelectric sensors and complex algorithms to turn vehicle and body armor into sources of vital information.

But the smarts don’t stop there. Different bullets register different amounts of electricity with the piezoelectric sensors. Using data from those electric charges, TARDEC researchers are developing complex algorithms that can determine what size round is striking the armor, giving soldiers the added benefit of knowing what kind of weaponry the enemy is packing. Meanwhile, though the amount of electricity generated from each bullet strike is very low, researchers are looking at ways to harness it, perhaps using it to power other kinds of sensors.

The combination of knowing what the enemy is throwing at them and what kind of damage it’s doing should help soldiers make better battlefield decisions. Though currently being developed for body and ground vehicles, the technology could easily be integrated into naval vessels and aircraft, making the whole of America’s fighting fleet a little bit smarter.