Why Aren’t We Eating More Bugs? 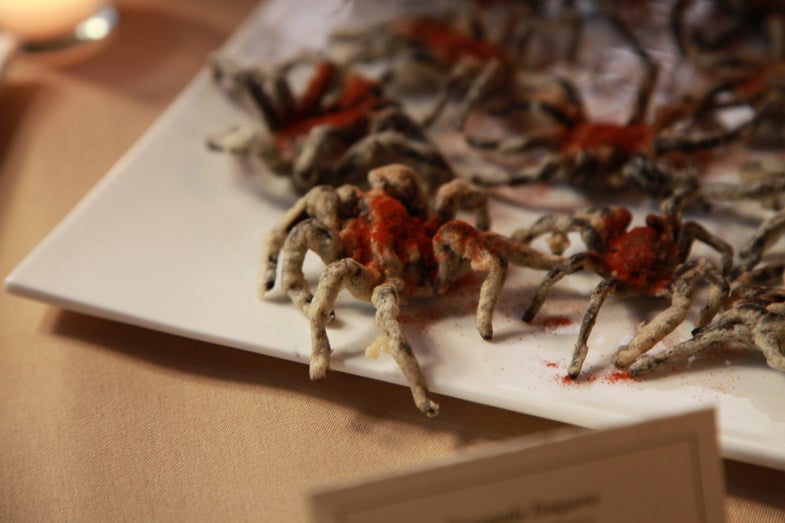 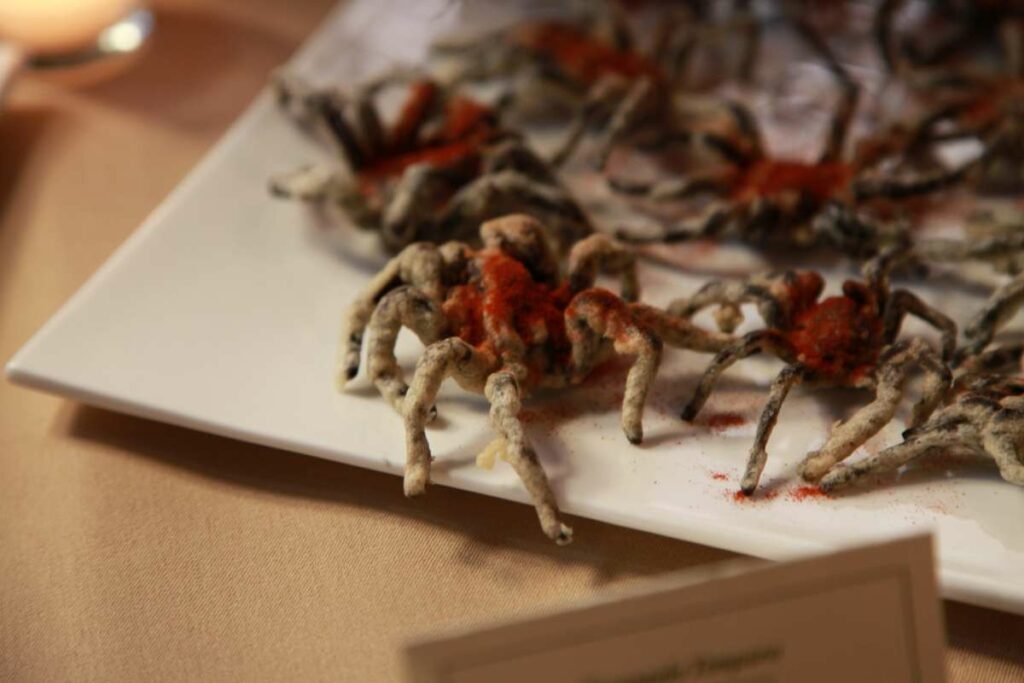 Crispy cricket tacos, bee larvae sandwiches, banana worm bread–you may already know that bug-based recipes are all the rage lately. But even in the face of evidence that eating bugs is good for the planet, you might still think that insects are icky. According to a team of psychologists and culinary experts, arguments that appeal to your logic aren’t going to convince you to ingest insects. Instead, it will require appealing to your taste buds and eyes, making food with bugs simply more enjoyable to eat. The researchers recently published a paper in the journal Food Quality and Preference looking into why we aren’t eating more bugs and what proponents can do about it. (One of the study authors, Charles Spence, spoke with us not long ago about how to make pie even more delicious.)

Intellectually, we know that eating meat from cows and pigs is not sustainable. They take up much more space and resources, which are becoming more strained every year. Various media outlets, cooking show gurus and even small companies have been promoting bugs’ tasty and nutritious qualities, but the trend hasn’t quite caught on among diners, the study authors note. And no one is tempted to try something they consider icky just because people other cultures around the world regularly incorporate bugs in their diets. “Decades of research have repeatedly shown that changing people’s existing food choices by means of rational discourse normally fails: how, then, could encouraging new choices by means of rational discourse alone be expected to work?” the study authors write.

Many Westerners say that bugs disgust them because bugs are linked to dirt, disease and death. But this is more of a cultural attitude than a hard-wired, inherent revulsion. It’s not rational. So the way to work around this, the study authors write, is to appeal to this irrationality, to make bugs look and taste good so that people actively enjoy eating them. Restaurants can feature artfully prepared dishes with familiar names to make diners less skittish. Using a different name to describe the bugs that we eat can also help consumers feel more comfortable with this new dietary addition, the way we eat “pork” or “bacon” instead of saying we eat pig. Neuroscientists can collaborate on public education campaigns that make people want to try new recipes at home. Importantly, dishes should look as good as they taste.

With so much more attention from scientists, chefs and members of the media, bug consumption can only go up from here, the researchers note.