Study Shows How Our Brains Are Able To Multitask

Researchers hope to use this information to better understand and treat autism, ADHD 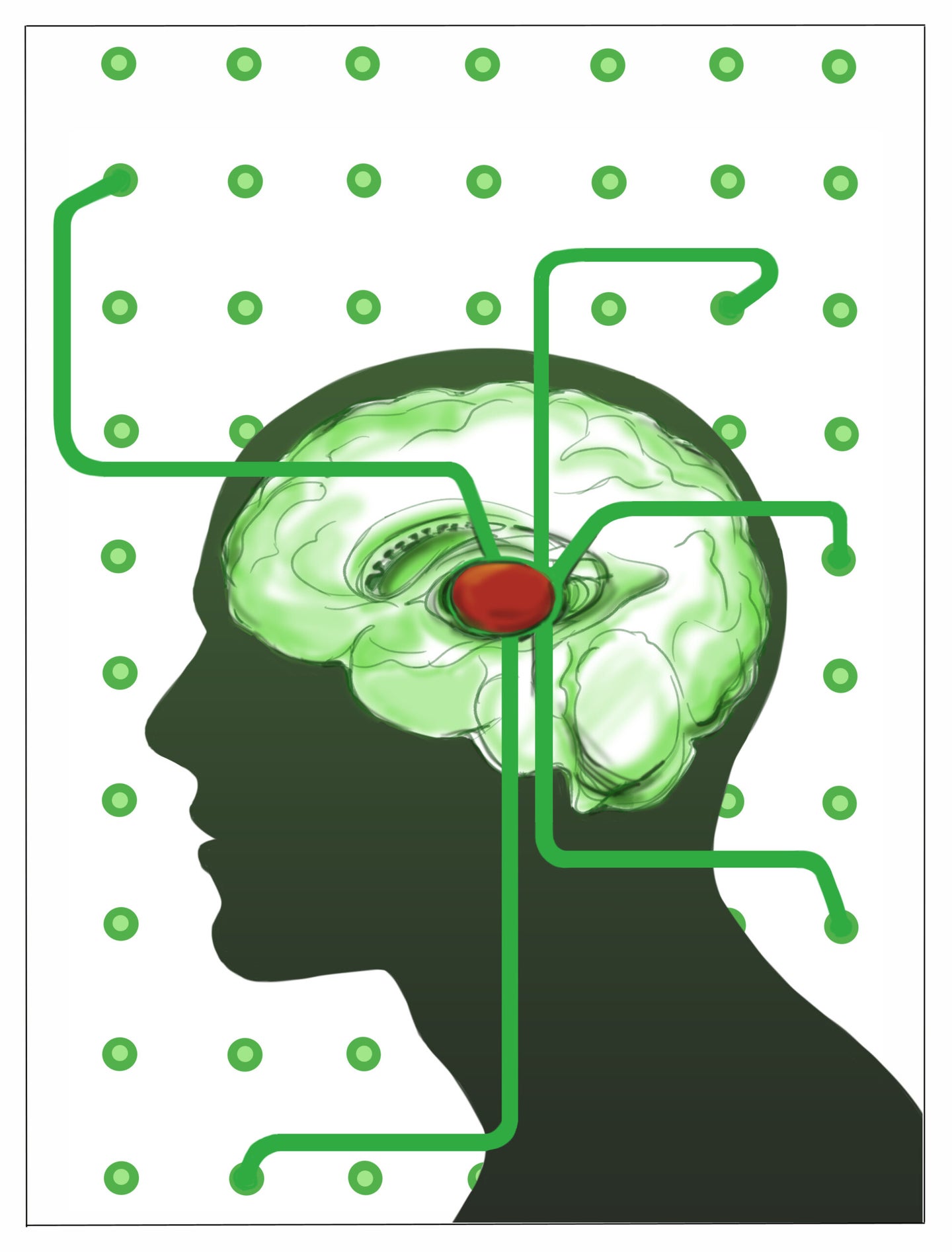 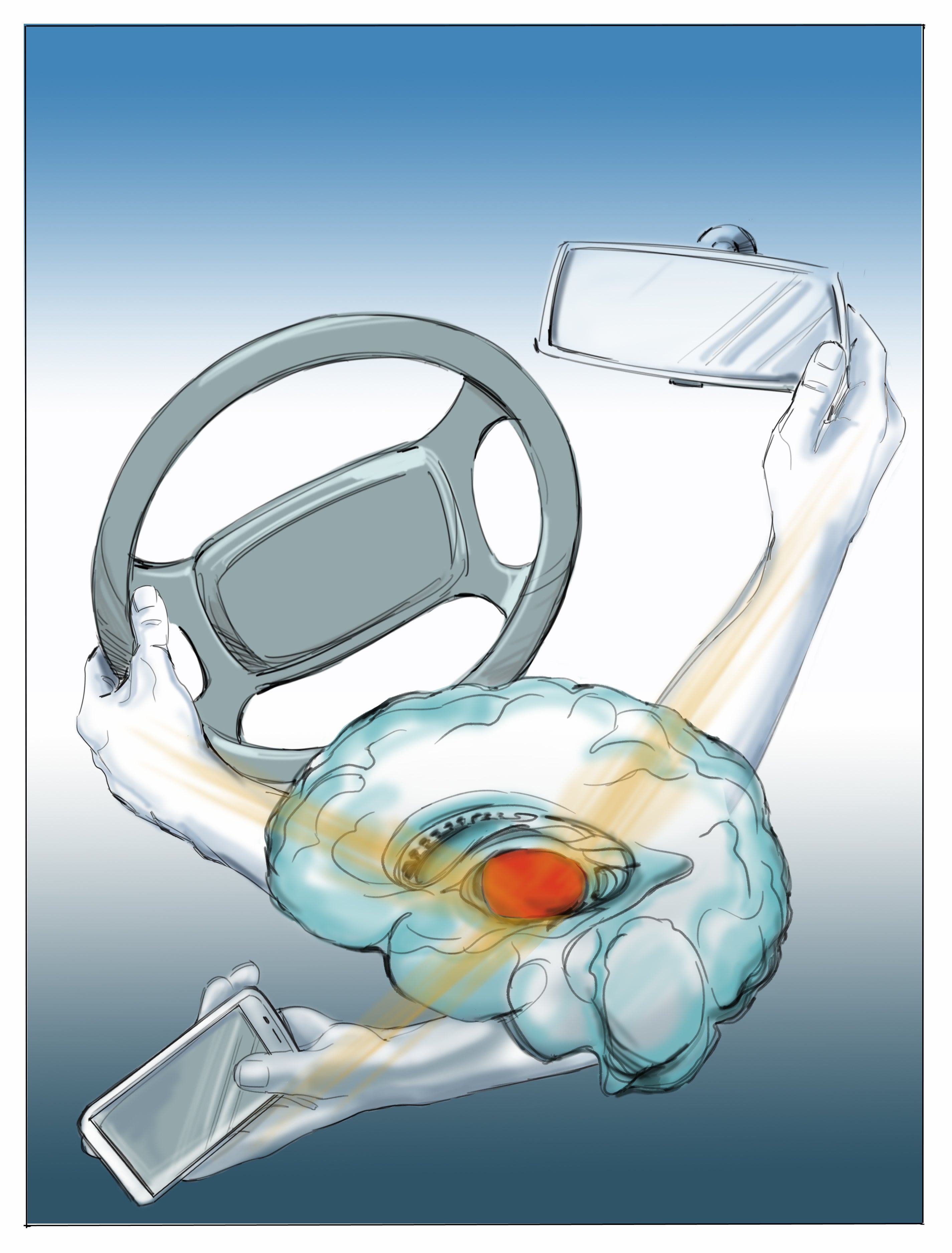 If you’ve ever had to cook dinner, prepare for the next day’s work meeting, while also listen to a friend complain over the phone, then you know all too well the importance of multitasking. But what’s actually going on inside our brains that allows for us to strategically focus on one task over another? That’s remained largely a mystery, at least until recently. Earlier this week, researchers at New York University published a paper in the journal Nature saying they identified one small region of the brain—the thalamic reticular nucleus (TRN)—as the one that controls our ability to multitask.

Working as a task “switchboard”, the TRN enables our brains to focus on the sensory stimulus that is most vital at any given moment. Now, with a better understanding of how the process works, researchers hope to use the information to study diseases in which multitasking or sensory overload goes awry—autism, schizophrenia, and ADHD, for example.

“We have identified the [TRN] as a station. That is something that hasn’t really been described in the past, says Michael Halassa, a neuroscientist at NYU who led the research. “Now we can answer questions like whether individuals with autism have a broken TRN or potentially develop drugs that target [it].”

The ability to multitask is a vital part of life, as it’s needed to perform everyday functions like driving, cooking, or even socializing with a group of friends. But at any given time, our brains are bombarded with a multitude of sensory information, and we’re forced to decide what’s important in that instant, focus on it, and tune out everything else. Researchers have known about this process for years, but they weren’t sure exactly how it worked because they couldn’t come up with a reliable experiment for identifying what parts of the brain were involved.

Back in the 1980s, Francis Crick had hypothesized that the TRN—a small, shell-shaped region located deep in the brain—helped the brain decide what sensory information to focus on and what to tune out. But at the time, he had little evidence to back that idea up.

Fast forward to today, and researchers at NYU were able to test Crick’s hypothesis. By putting laboratory mice through a game-like experiment, they were able to show that different neurons within the TRN regulated which senses the brain should focus on and which should be set aside.

The experiment involved training mice to respond to a specific sensory stimulus, either light or sound. If the mice observed and followed the correct stimulus, they received milk as a reward. At the same time, the researchers would attempt to distract the mice with the opposite stimulus (the mice trained to respond to light would be distracted with sound, for example). In real time, the researchers would record electrical signals that came from the TRN neurons in the mice’s brain. They were also able to inactivate various parts of the neural network—specifically the prefrontal cortex, which seeks out certain stimulus over others.

When the mice were trained to pay attention to a particular sound and ignore light, the TRN neurons that control vision were highly active, meaning that they were suppressing visual signals so that the mice could focus more intensely on the sound. The opposite happened when they were trained to follow the light in order to receive their milk reward.

Further, when the researchers inactivated the prefrontal cortex—the area of the brain responsible for higher level functioning—using a laser beam, the TRN neural signaling went completely out of whack. This shows that the prefrontal cortex stores incoming sensory information, which the TRN then uses to suppress or not suppress certain senses, much in the same way that a switchboard works, explains Halassa. 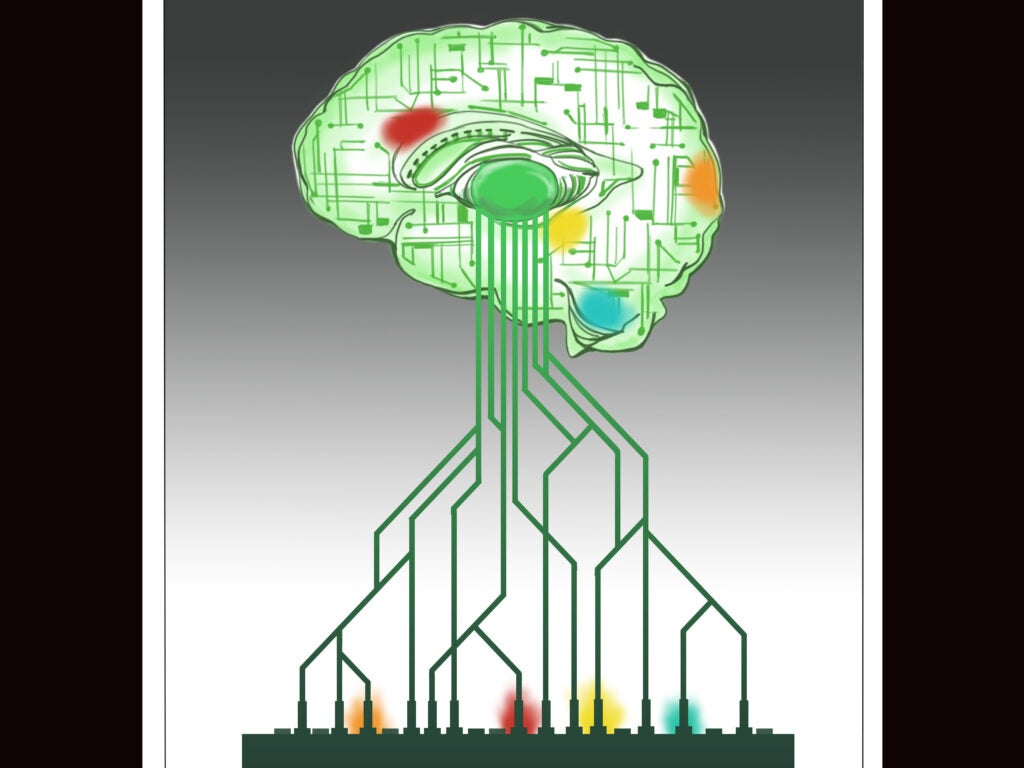 The TRN acts as the brain’s ‘switchboard’ and allow us to seamlessly multitask.

Halassa and his team hope to use this new understanding of the brain’s wiring to figure out what goes wrong in certain diseases that are characterized by overstimulation, in particular autism, ADHD, and schizophrenia.

“One commonality in patients with these disorders is that they have a really hard time suppressing [distracting stimuli],” says Halassa.

In other words, the things that most people ignore without even thinking about it, are the same things that make it impossible for some people with ADHD to concentrate, or make it difficult for people with certain types of autism to socialize.

Halassa thinks this new knowledge will direct future research and clinical applications. Now that we have a circuit that we know is involved in regulating sensory information (the TRN), we can begin to find out if people with autism have an altered TRN that can be readjusted through drugs or other medical procedures. But before that, Halassa wants to figure out exactly what processing happens at the prefrontal cortex and what happens at the thalamus, likely the next steps on the road to developing a drug to target the multitasking region.

All of which is to say, if you sometimes feel overwhelmed by multitasking, take comfort in knowing that you have a part of your brain dedicated to helping you prioritize, and scientists are working hard on ways to better understand it, repair it, and keep it healthy.