Does It Feel Better To Give Or Receive A Gift?

Short answer: It's the thought that counts 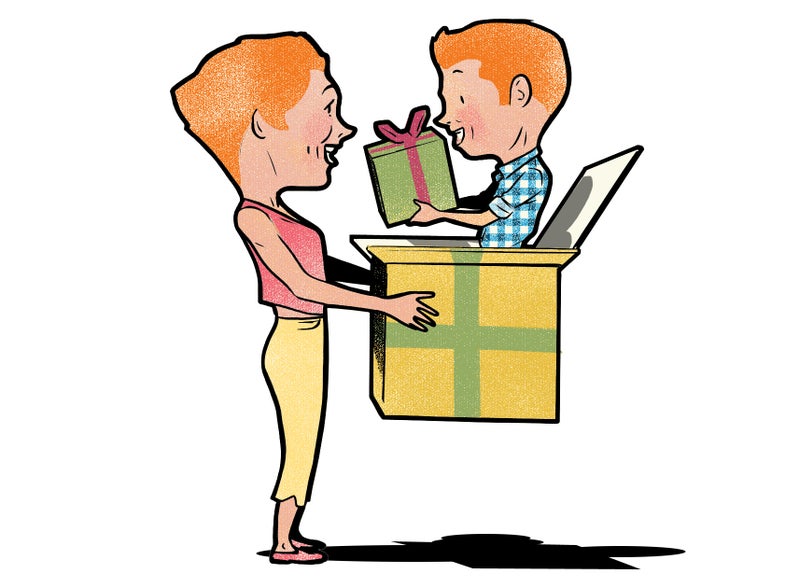 “Spending money on others might represent a more effective route to happiness than spending money on oneself,” says Elizabeth Dunn, a University of British Columbia psycho­logist. In 2008, she conducted a survey of 632 Americans to study their spending habits and happiness. The subjects reported spending a lot more on themselves than on friends or relatives: $1,714 versus $146, on average.

But their happiness correlated more strongly with the gifts they gave.

Receiving gifts also has a strong effect. A 1998 study led by Charles Areni, now of Macquarie University in Australia, asked 174 college students, half male and half female, to write down a memorable gift-related experience. The majority, about 71 percent, described receiving a gift. The results were even more pronounced along gender lines: Among females, 92 percent focused on getting versus giving. Among males, it was 55 percent.

Gad Saad, an evolutionary psychologist at Concordia University in Montreal, is not surprised to see gender differences. In the animal kingdom, he observes, the male typically gives food to the female. In a 2003 experiment, in which Saad asked people to explain their gift-giving motives, he found men were more “tactical.” They wanted their gifts to convey a message, such as “I’m rich.” Women were more likely to gift for reasons like a birthday.

Ask Us Anything
Psychology
december 2015
gifts