It takes 60 seconds for the flexible material to settle into its permanent shape. 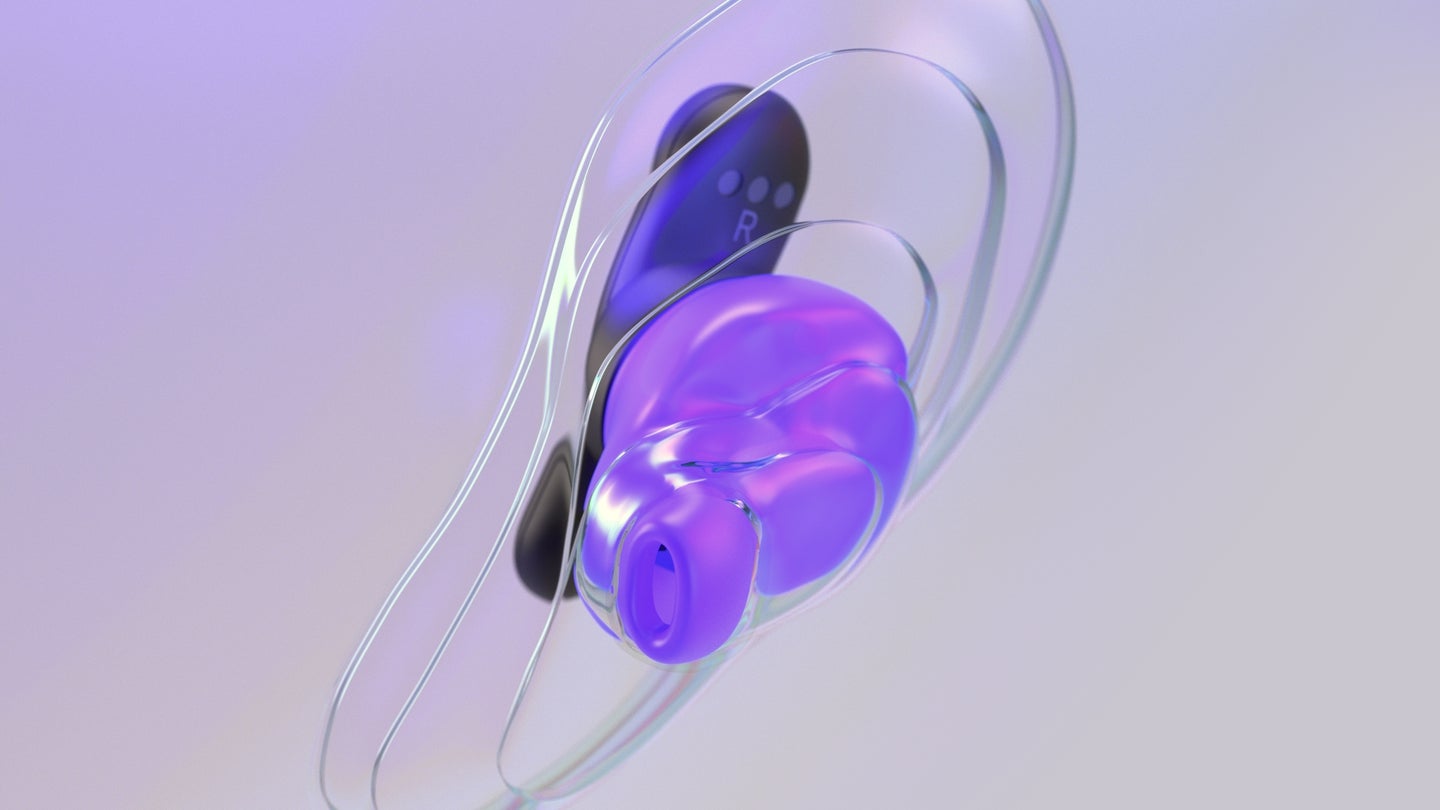 The gel forms to your ear and then hardens after it's subjected to LED lights built into the headphones. UE
SHARE

For years, Ultimate Ears has offered high-end in-ear headphones (known as monitors) that provide pristine audio playback thanks to a super-snug custom fitting process that requires a trip to an audiologist. UE typically crafts its in-ear monitors from a professional mold of your ear canal, which is part of why its products come with price tags that climb up over $1,000. That makes sense for professional musicians and people with audio systems at home that cost three times more than my car, but it’s not practical for the average person.

Today, Ultimate Ears announced the new $249 UE Fits, which promise to create a perfect mold of your ear during a fitting process that you execute using a phone app.

The headphones tips are made of a malleable substance that conforms to your ear as you mash it in there. Once they’re nestled securely into the ear canal, users use an app to activate UE’s Lightform technology. The headphones themselves then emit a purple glow from integrated LED lights, which catalyze a reaction that causes the patented material to harden over the course of 60 seconds.

Once the photochemical process is complete, the tip will stay that way permanently, leaving you with wireless earbuds that are meticulously molded to the inside of your ear. If you’ve ever had dental work done and noticed that the dentist used a blue light to help cure and harden a material, you’ve experienced a similar phenomenon.

From a performance perspective, the UE Fits employ a single 10mm driver in each headphone, which UE promises produce punchy bass and clear mids and highs. That’s not as advanced as the audio tech found inside the much pricier in-ear monitors, but the Fits should produce a sound that’s more appealing for everyday listening. The sound quality should also get a boost from the excellent passive noise reduction you typically get from forming a tight seal in your ear canal.

The earbuds provide up to eight hours of playback on a single charge and come in a battery case that holds more than 20 hours of charge before you absolutely need to plug into a cable. Each earbud has a control button onboard, which you can customize in the UE app. They come in three colors: Cloud, Dawn, and Eclipse (or grey, purple, and blue, respectively).

While we won’t know for sure how well the molding process works until we try it with our own ears, UE does have a long and proven track record when it comes to custom audio products. The idea of custom forming gel-based materials isn’t unheard of either—it’s typically used when fitting athletic mouth guards, though users typically have to boil those to make them malleable enough to shape. It’s a lot different chemically, but offers a somewhat similar user experience.

UE is taking pre-orders now for an “introductory” price of $249. It’s unclear how much it will cost to replace the custom tips later on if they get worn from use, loaded with earwax, or you just biff the first molding process.