The enemy of my enemy... 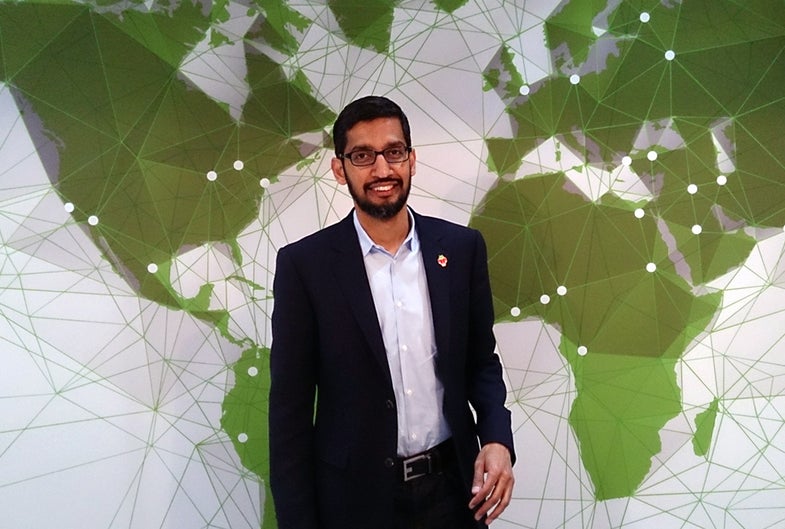 In a landmark case for tech companies and US privacy, Apple chose to deny the FBI allowance into the iPhone 5C of the San Bernardino shooter–under the idea that it would set a bad precedent for future cases. Now Google is coming to Apple’s defense.

Google CEO Sundar Pichai took to Twitter to address the hazy situation Apple was put in by the Federal Bureau of Investigations. The tragic San Bernardino shooting that took place in December left 14 people dead. With the shooter’s phone in custody, the FBI called on Apple to break into the phone and retrieve information. But by building a “backdoor” into the iPhone, more harm than good would come to iPhone users, argued Tim Cook in his letter to his customers yesterday. Similar to Apple, Google is also in the business of keeping consumer data safe. And, like Cupertino, the leader of the folks over at Mountain View also believes comprising one’s own software to let in law enforcement could set a troubling tone. Here’s what he had to say:

The FBI, on Twitter or otherwise, didn’t respond to Google’s statements.

Some have called Apple’s decision to deny the FBI’s backdoor request a publicity stunt. Others have pointed to the other times Apple has sided with law enforcement on this issue. But Apple’s mantra of user privacy isn’t necessarily new. And now they’re even willing to stand up to the government and tell them no to taking user data, too.

But most importantly, as we can see with Sundar Pichai’s tweets, Tim Cook’s stance has set a tone for the rest of the tech industry. And Pichai’s interest in keeping an open conversation going means this won’t be the last we hear of tech giants vouching for user privacy. The number of government requests for user data may not decline, but we could see more companies follow Apple’s lead of encrypting their products and throwing away the key.