Based around a personalized sound engine, the NuraTrue earbuds expertly tune in so you can blissfully tune out. 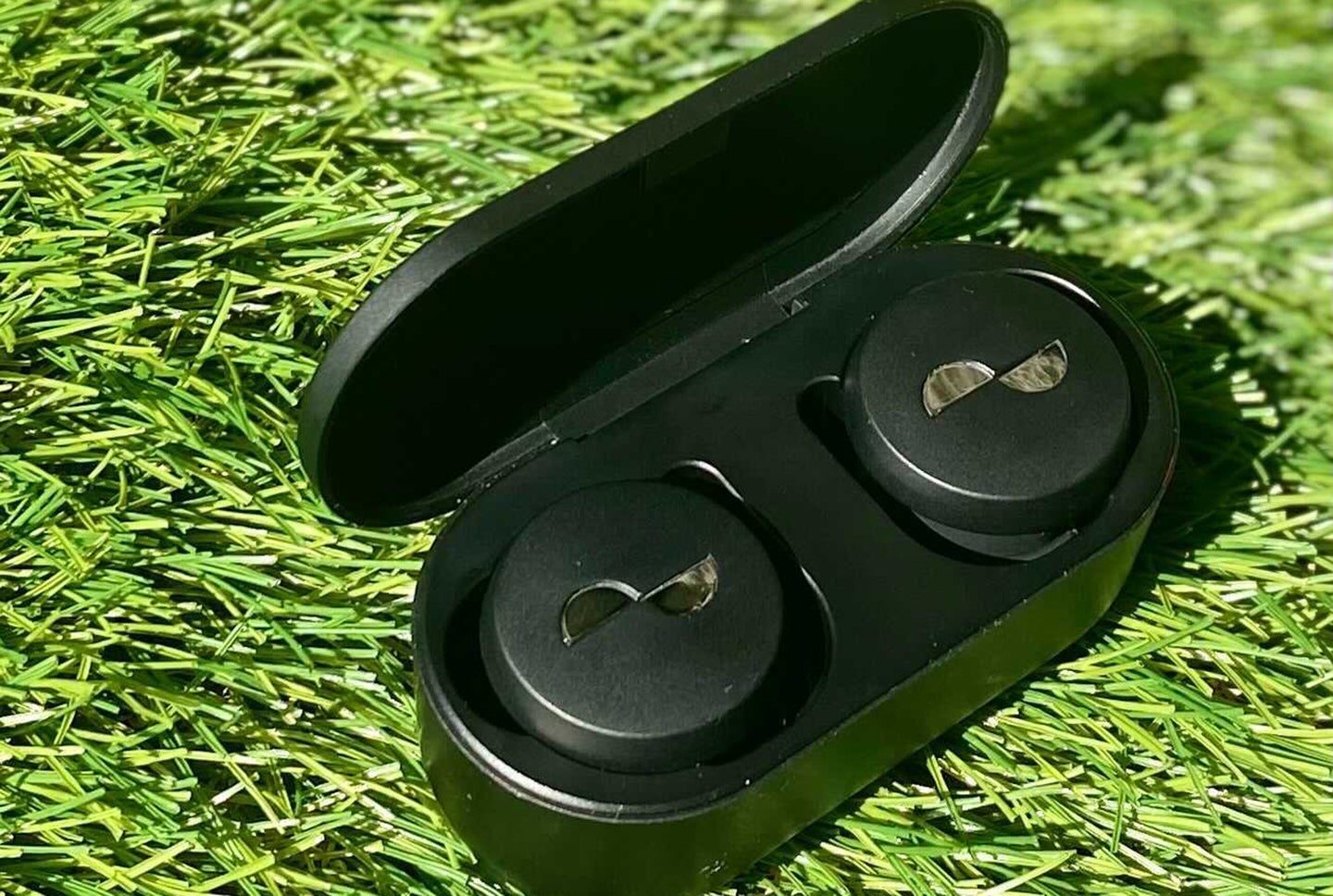 The NuraTrue adaptive audio profile is a small innovation that can open up wide new dimensions. Quinn Gawronski
SHARE

It feels like new true wireless earbuds come out every day and each claims to set a new standard in active noise-cancelling, concert-like sound, or any number of high-quality features. But it also seems like it’s just another update of the same features, so encountering something new rather than just something newer is exciting. The NuraTrue wireless earbuds use sensors and a self-learning engine to tailor their sound to your individual hearing, and those small changes made a big difference.

So what are the NuraTrue earbuds?

Nura has released Bluetooth earbuds previously—the NuraLoop wire-connected earbuds in summer 2020—but the NuraTrue ‘buds are the company’s first true wireless earbuds. And while you’ll no longer encounter a cable connecting the earbuds, they work like the NuraLoop using sensors and a self-learning engine to adapt their sound to your individual hearing. The Nura app and earbuds play faint tones into your ear and respond to the feedback your ear generates—also called otoacoustic emissions.

When a sound vibrates against your eardrum, a small noise re-emits, almost like a very faint echo. The NuraTrue earbuds are equipped with ultra-sensitive microphones to detect the returning sound, which is approximately 10,000 times smaller than the sound that went in. The returning emission is analyzed to measure how well you heard the initial sound. Using this information, Nura’s engine creates your profile to play music with your hearing in mind. Other earphones, like the Jaybird Vista 2 (which we reviewed here), offer personalized EQs, but the NuraTrue’s process and end result are more transformative.

The NuraTrue earbuds are disc-shaped and certainly larger, at 25mm in diameter, than my go-to TWS earbuds, the Apple AirPods. They didn’t feel as big as they look, however. The Nura ’buds have a flat touch-sensitive outer face and a silicon wing around the nozzle that tucks inside the outer ear. They come with four silicone tips (plus some foams) so you can find the shape and size that gives you the best ear canal seal (a must for proper sound reproduction). While the design itself might be slightly bulkier, they weigh in at only 7.4g per earbud and felt secure and comfortable throughout the day. Plus, an IPX4 rating means they are splash- and sweat-resistant, so you don’t have to worry about taking them on a run or getting caught in light rain.

The battery on NuraTrue is comparable to other wireless earbud options, with a total charge of 24 hours in the case (an oval that measures 72.4mm by 30.2mm by 35mm and weighs 37.1g). The earbuds themselves have six hours of continuous playtime, which is slightly longer than the AirPods five-hour limit. In the time I tested these earbuds I never ran out of battery—despite only charging them once upon opening.

If the NuraTrue earbuds have a downside, it’s that a full charge of the case requires roughly 2.5 hours, which is significantly longer than the AirPods charge time of under an hour. The included USB-A to USB-C charging cord (the case doesn’t support wireless charging) is also comically short; my NuraTrue earbuds dangled haphazardly from the outlet overnight because the cord couldn’t reach my bedside table. LEDs on the exterior of the case do indicate charge level, however, which is always a welcome feature.

The Nura app (available for iOS or Android) allows you to configure your touch buttons to any preference, with options to see the remaining battery, add more profiles, toggle between the default and personalized sound profile, move the immersion mode control, and turn on/off the active noise-cancelling. It’s a bonus that you can customize the touch controls on these earbuds, with options to disable social mode, switch tracks, or change the volume.

Without this feature, the app is essential to the daily use of the NuraTrue earbuds, which is not ideal for those who prefer to be hands-free. This is one “cost” of the NuraTrue’s wireless features—more personalized settings mean not everything can be accommodated on a small screen-free interface. If you prefer to adjust your earbuds with a touch configuration, select your most-used controls and attach them to either the left or right button with the tap and double-tap options.

Setting up the NuraTrue earbuds experience

The NuraTrue earbuds connect as quickly as any other wireless earbuds, supporting Bluetooth 5.0 with SBC, AAC (for iOS devices), and the aptX codec for more hi-res audio on compatible devices (primarily Android-based ones). Twist them in your ears, open your Bluetooth settings (on an iPhone 11 in my case), and select them. Simple. Over time, however, I noticed that the connectivity range was slightly less powerful than the AirPods. The earbuds dropped out sporadically as I walked around the apartment and worked out outdoors, which is also where I noticed the weakest connectivity. That said, the range isn’t so short to where it caused a consistent challenge. This range issue is one of the greatest shortcomings of the NuraTrue earbuds that I noticed but is more of a temporary annoyance than a significant design flaw.

Once connected, go through the profile creation tests with the app and get ready to experience your signature sound.

Compared to other wireless earbuds, like my tried-and-true AirPods, the NuraTrue earbuds sound quality is far more immersive and rich. This doesn’t come as a surprise, as audio optimization is the company’s claim to fame. The NuraTrue earbuds delivered a clarity that was particularly perceivable on a track like “Day ‘N’ Nite” by Kid Cudi, where the audio alternates between channels but I felt I was constantly receiving a balanced response.

There’s a stark difference between the default audio and your personalized sound profile when you toggle between the two in the Nura app. The default sounded considerably more shallow and tinny, while my profile had better resonance and crisper notes. There was a warmth to the tone that didn’t sacrifice detail or control. The upper midrange fleshed out, giving vocals extra presence.

One of my favorite features of the NuraTrue earbuds is the immersion mode, which you can toggle within the app to determine how much bass is pumping on your playlist. The low end on NuraTrue is more tactile than what I’ve experienced on any other wireless earbud I’ve tried, with rich, round notes and a full sound that reminds me of a surround-sound speaker experience. But it’s never boomy. The NuraTrue earbuds managed to give more without going overboard.

Depending on your listening preferences, you can opt to use either the active noise cancellation or social mode. While the NuraTrue earbuds’ ANC doesn’t cut out all outside sound, it does effectively dull most droning background noise. At the same time, the effect is nothing to rival industry-leading ANC earbuds like the Sony WF-1000XM4 (which we reviewed here).

I used the earbuds while working from home and they were able to muffle obnoxious construction sounds that simple, passive earbuds weren’t able to cut out. On days when walking outside, though, I tuned into my surroundings with the equally handy Social Mode—offered as Transparency Mode, SurroundSense, Ambient Mode, etc., depending on the manufacturer. Using the external microphones (the same ones that let you make calls), the NuraTrue earbuds mix some environmental noise in with your music, so you can stay aware of traffic, etc.

So, who should buy the NuraTrue earbuds?

In the wireless earbuds market, there are pairs that may measure up to the NuraTrue earbuds, but I can’t think of another that sounded better. These aren’t neutral audiophile ’buds, but they also aren’t bloated bass monsters. For those that want an immersive sound experience without sacrificing a wireless earbud design, the NuraTrue earbuds are the best option to achieve what I found to be astounding depth and detail. While these earbuds aren’t a cheap option, the personalized sound design makes it stand out from competitors in the field (of which there are plenty). If you’re a music junkie who wants one of the most engaging wireless audio experiences out there, the NuraTrue earbuds are definitely worth a try.