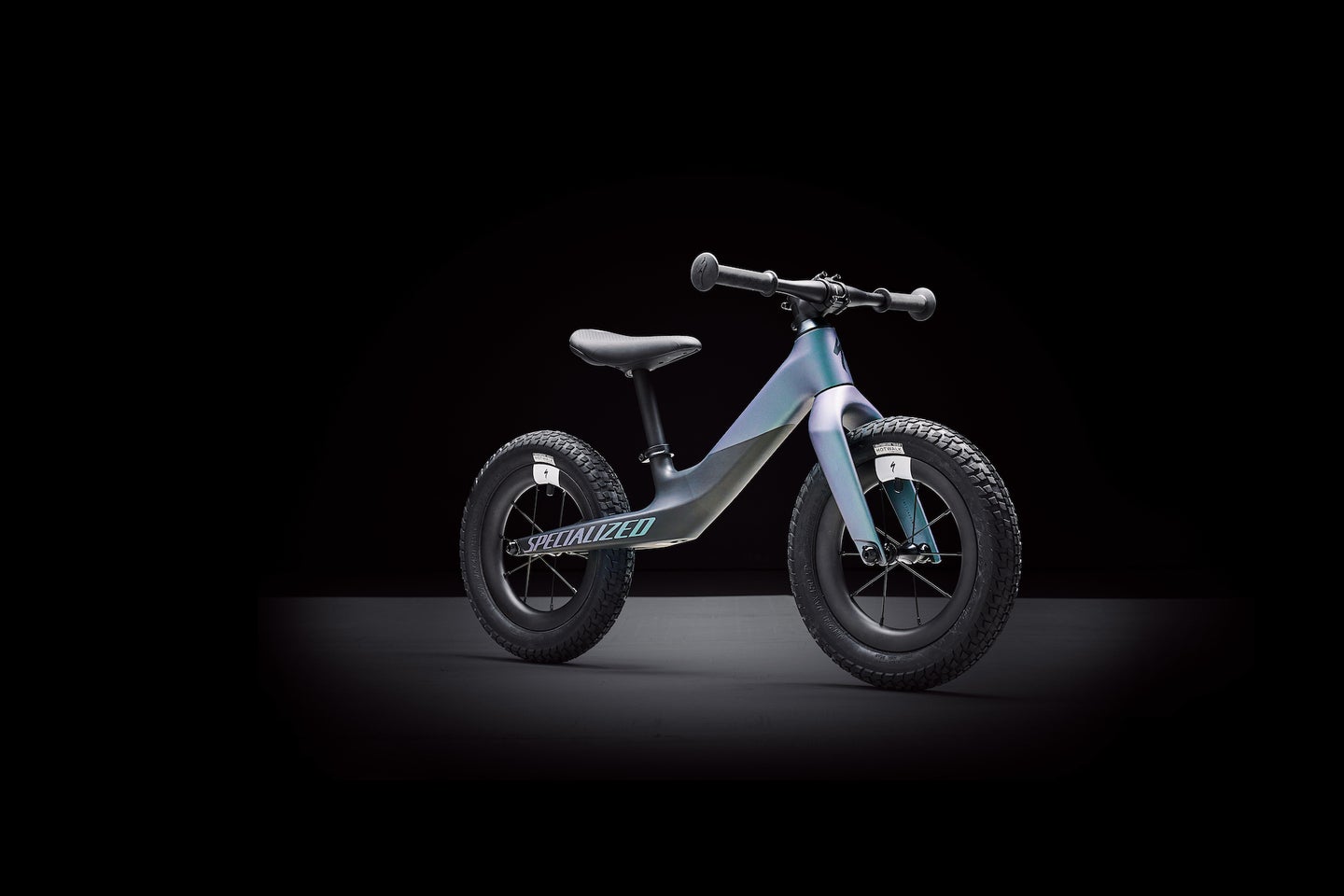 The coronavirus pandemic has spurred a well-documented surge in bike buying. By one measurement, retail sales of bicycles are up 68 percent this year as of October, compared to 2019, according to NPD, a market research firm. Sales of kid’s bikes did something similar, the group estimates: They’re up by 63 percent.

In the midst of this boom, there’s a very fancy new kid’s bike on the block. It comes from high-end bicycle company Specialized, and what makes it so eye-catching is that it weighs in at less than 5 pounds. That’s about half the weight a comparable option from the company weighs—and lighter than an adult cat. With bikes, one of the most crucial measurements at any level of ability is weight. When it comes to bikes for children, a lighter-weight construction can be easier for a kid to handle.

The cute-meets-fancy bicycle is intended to be a premium option for kids to learn on, and in that spirit, it’s what’s known as a balance, or kick, bike. It has no brakes or gears—it doesn’t even have pedals. It’s designed to be propelled by the child’s feet pushing on the ground, and slowed that way, too.

The bike is called the Hotwalk Carbon, and true to its name, the two-wheeler is made from carbon fiber composite, which is the same type of material the company uses in high-end adult bikes that it wants to keep light. But with fancy materials comes an eye-watering price for a bike that a kid will outgrow eventually: $1,000.

Their goal was to create an “uninhibited bike,” says Eric Fischer, the product manager for the Hotwalk Carbon.

“The weight’s silly,” he adds. For context on the bike’s 4.6 pounds of mass, a road bike for adults is generally considered nice if it clocks in under 20 pounds. The Hotwalk bike that Specialized already makes for kids, which it builds out of aluminum, weighs under 10 pounds and costs $175.

The carbon frame and fork in the front of the new Hotwalk Carbon keep the weight down, as do the wheels, which are also carbon fiber composite. But the company also tweaked this bike’s design in other ways beyond just using nice materials.

One of the key features is its small handlebar grips. They measure just 15 millimeters in diameter, making them thinner than standard grips of 22.2 mm. That makes it easier for kids to wrap their hands around them. Another tweak is incorporating a low-friction material on the outside of the seat, or saddle, designed to avoid any chafing that kids might experience.

Specialized also made a change to the bike’s geometry to compensate for the fact that such a light bike might allow kids to hit faster speeds. “We basically slacken the front of the bike, and lengthened the offset of the fork, and that in turn basically gives you more stability at speed,” Fischer says. In other words, the front wheel is positioned further forward, making the bike “less twitchy,” Fischer explains. “It’s a more predictable ride.”

Ideally, a bike like this can pave the way for young riders to master the art of balancing, and then their next bike could include pedals and brakes, but skip training wheels completely.

Lightweight bikes made from carbon fiber demand high prices—Specialized makes a Founder’s Edition version of its road race bike called the S-Works Aethos that goes for $14,500, with a frame that weighs about 1.3 pounds—and the Hotwalk Carbon is no exception at its $1,000 price. It’s intended for kids as young as 18 – 24 months old, up to 4 years old, and no taller than 35 inches and no heavier than 40 pounds.

“It’s not a bike that we believe is for everybody,” says Janet Brazil, a marketing specialist with Specialized, adding that the research and development that went into it “is an indicator of advances that we’re going to make in the kid’s line in the year to come.”