"It's some of the best speculative fiction I've ever read." 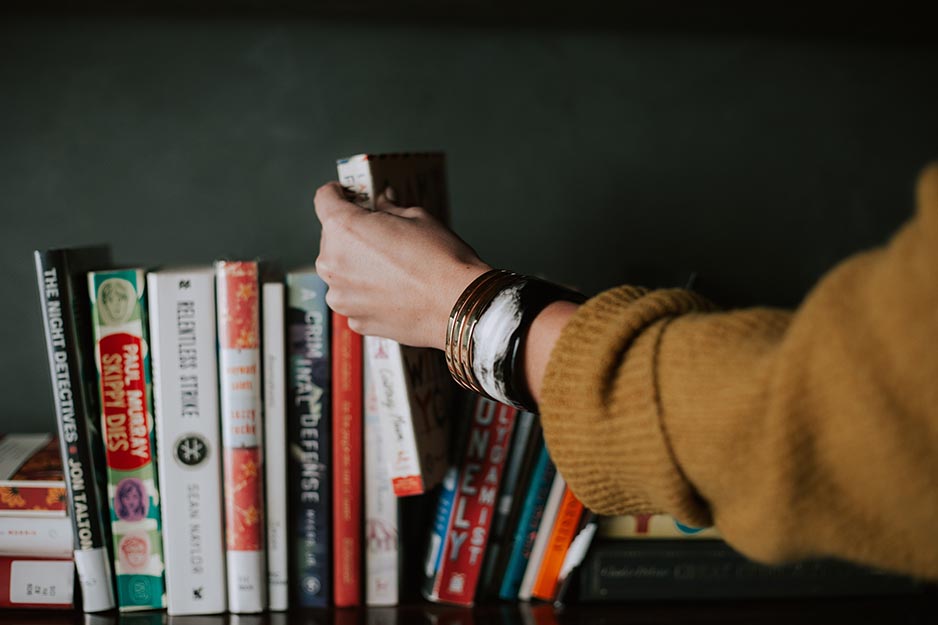 I get most of my book recommendations from my coworkers. They are smart people, so I hope some of their wisdom will rub off on me. In case you want some of this valuable intel, I asked the Popular Science crew about the books currently occupying their nightstands.

In a 2017 New York Times article on “tree blindness,”, science journalist Gabriel Popkin argued that learning the names of trees was “no mere parlor trick.” Rather, he wrote, it’s a way to shake yourself from the doldrums of daily life. The Secret Lives of Color by Kassia St. Clair presents readers with a similar opportunity to relish in otherwise mundane aspects of reality. The book is a compilation of short essays on the history of 75 distinct colors, from white to Indian yellow, absinthe to gamboge. An engaging mix of aesthetic analysis and optical science, it could make anyone a keen observer of our kaleidoscopic world.” —Eleanor Cummins

The Secret Lives of Color by Kassia St. Clair. Amazon; $14.

This one is hard to put down, spanning centuries and vast expanses of spacetime. It’s also great for anyone who likes science fiction, physics, or philosophy. Start with The first book, The Three Body Problem, and go from there. —Mary Beth Griggs

Death’s End (Remembrance of Earth’s Past) by Cixin Liu and Ken Liu. Amazon; $12.

I’m reading The Devil in the White City, which tells the parallel tales of Daniel Burnham and H.H. Holmes as the former helps create the Chicago World Fair and the latter murders a bunch of people. It’s a little flowery and simile-laden, but overall very enjoyable. —Sophie Bushwick

The Devil in the White City by Erik Larson. Amazon; $11.

I’m determined to read The Fifty Year Sword by Mark Z. Danielewski. I liked House of Leaves despite its faults and this thing makes almost no sense, which I can also appreciate.” —Stan Horaczek

An Unkindness of Ghosts by Rivers Solomon. Amazon; $11.

I’ve been a fan of Mamrie Hart for a few years now, and my friends and I were very excited to learn she was coming to Brooklyn on the first stop of her book tour. Hart’s show was hilarious and I read the entire memoir in less than a week. In the follow-up to her New York Times bestseller You Deserve a Drink, Hart is humorous, sincere, and vulnerable in recounting tales of the last few years, including several impromptu trips (both domestic and international) and the breakup of her decade-old relationship. The book can deal with some adult and political themes, but I would recommend it to all who aren’t easily offended and don’t mind strangers staring at them as they laugh like a madman on the subway. —Jason Lederman

I’ve Got This Round: More Tales of Debauchery by Mamrie Hart. Amazon; $16.

I read Eleanor Oliphant is Completely Fine in order to stay in good standing at my friend’s book club. I had heard it was a “quick read”—it needed to be; the meeting was in 3 days—though most books described that way lack discussion-worthy depth, or stand shakily on a juicy plot. This one is rich and fascinating. The novel—the author’s debut, which is mind-boggling—takes shape inside the mind of a highly isolated woman, which is at times both horrifying and hilarious and dark. As you unwrap the history informing Ms. Oliphant’s quirks, you’re pulled into a slow-burning mystery, one that’s sprinkled with insights of a 31-year-old woman discovering the world for the first time. In short: it’s very good and you should read it. —Amy Schellenbaum

I started reading The PlayStation Dreamworld because I miss my media theory classes from college. Even when I didn’t agree with the ideas presented in our reading, a single section—or sentence, even—could get my mind racing for weeks. It took me a while to actually start in on Bown’s book, but I’m so glad I finally cracked it open. If the political and social implications of video games like Pokemon Go are interesting to you, it’s worth a read. —Billy Cadden

“I’m making my way through all of Mary Roach’s books right now, and am currently on SPOOK! It’s a fantastic dive into the history of scientists (and “scientists”) investigating the paranormal. As always with Roach’s work, it’s hilarious and charming and humble, and on top of that it teaches you a ton about science and medicine.” —Sara Chodosh