The Holy Braille: A Tablet For The Visually Impaired 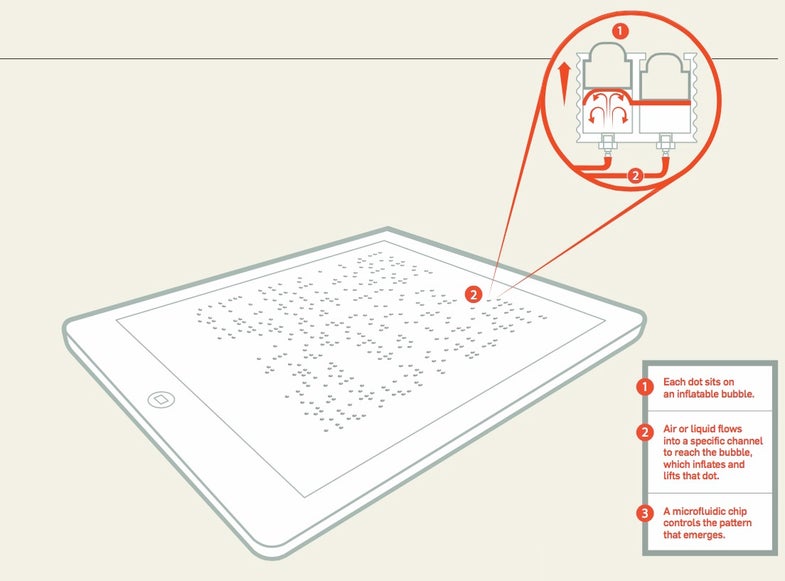 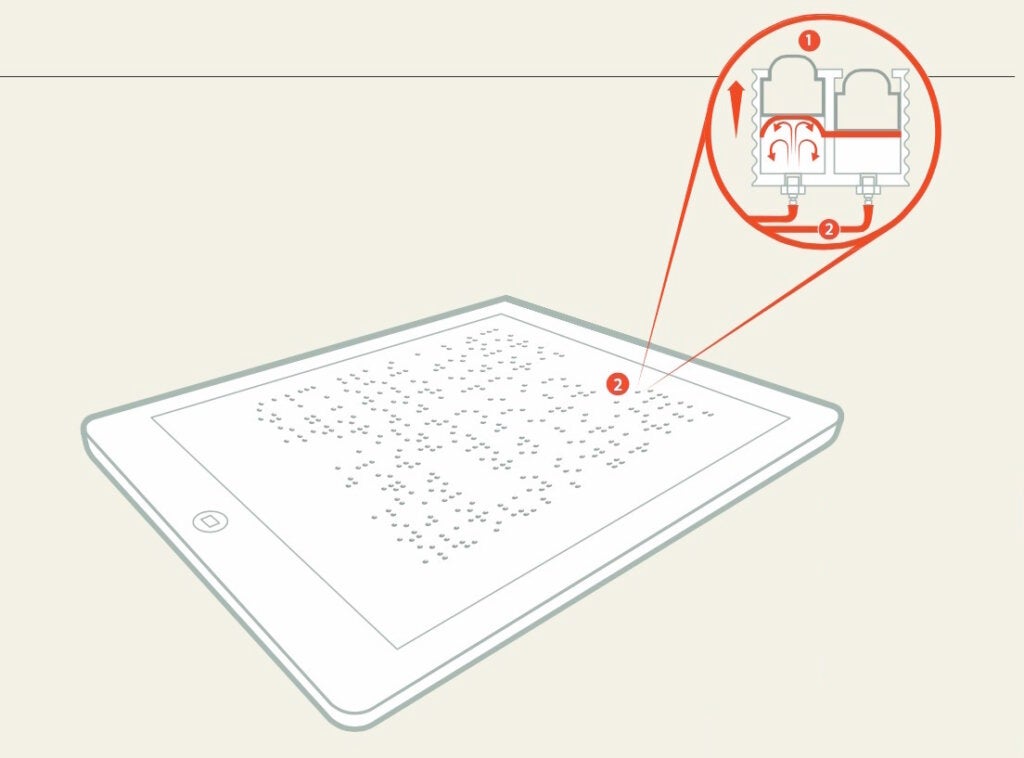 Quest For The Holy Braille

Digital tablets provide access to a world of information—but there’s no elegant, affordable way for the visually impaired to read from them. That’s because current braille readers, which attach to the bottom of a tablet, provide room for only one line of text at a time. Researchers at the University of Michigan, led by Brent Gillespie, Alex Russomanno, Mark Burns, and Sile O’Modhrain, hope to develop a refreshable display to translate an entire page at once.

The project was partially motivated by O’Modhrain, who is visually impaired. “Existing displays don’t allow you to access lots of braille code and graphical information,” she says. “Math and music codes, for example, are displayed spatially, so that they’re spread over multiple lines.”

Existing technology could conceivably allow for a full-page braille screen that refreshes like a tablet. But the price would be astronomical. For instance, single-line displays that rely on electronics cost more than $3,000; expanding them to a full page could potentially raise the price to as high as $55,000. To reduce that cost, the team chose to make their device with microfluidics.

Here’s how: A refreshable display must raise and lower braille dots—a full page might include up to 10,000—to create a pattern. In the team’s device, a microfluidic chip controls this process by moving small doses of fluid through tiny channels. Their prototype is only a couple of inches wide, but the team hopes to expand it to a full-page display that would cost $1,000 to $2,000.

Hover over the image to learn more about how the Holy Braille project works. 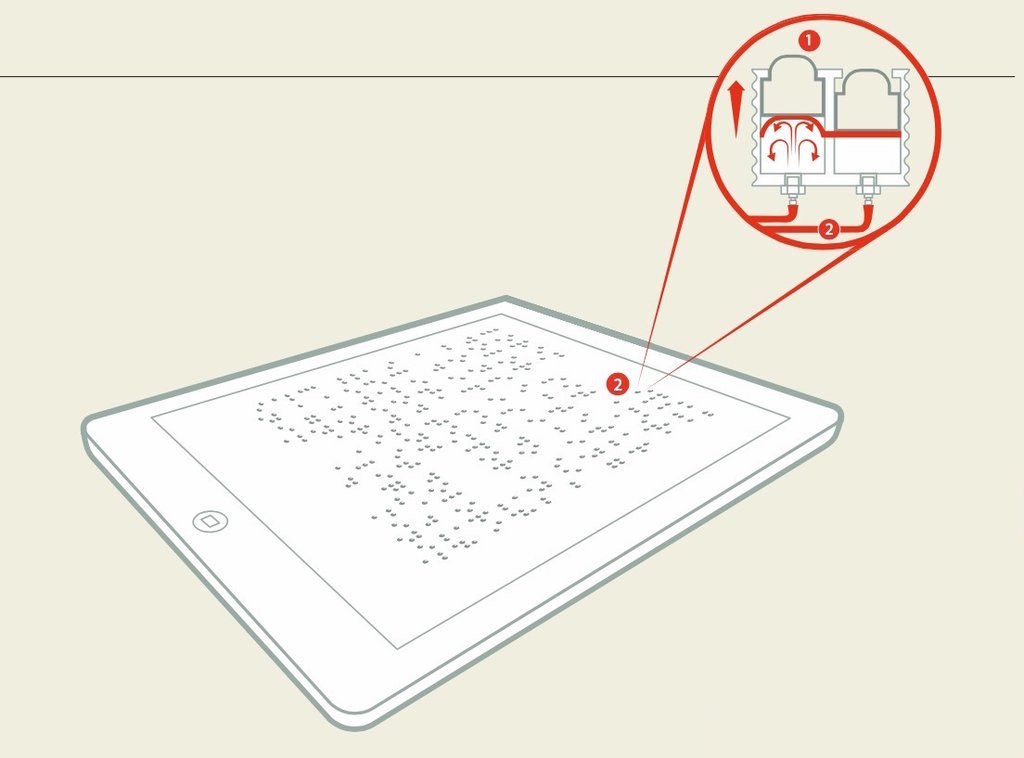