A Medical Lab In A Music Box 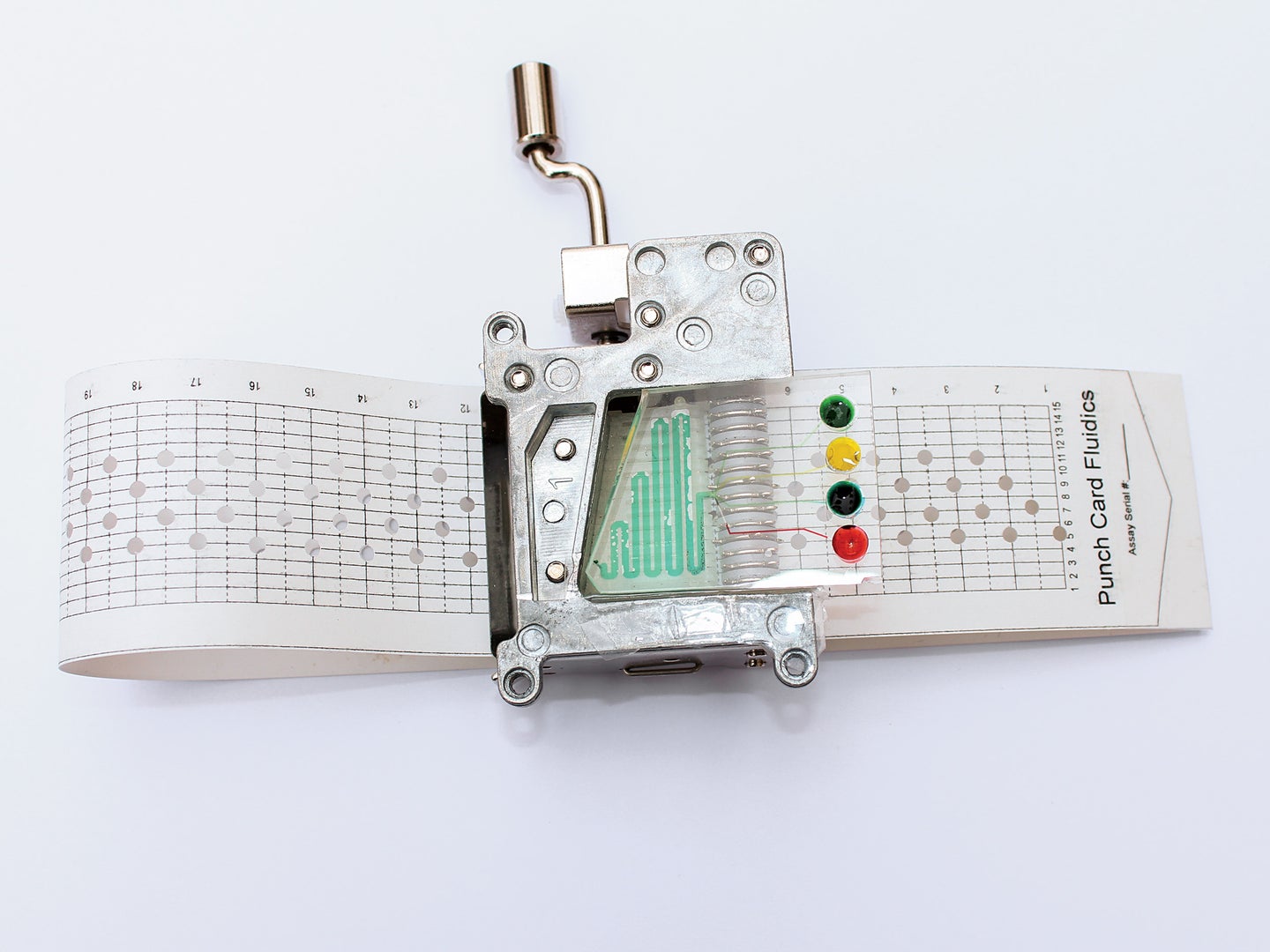 One night in 2011, as Manu Prakash turned the handle on a music box, he realized the simple mechanism–a crank rotating gears–could also run a programmable chemistry set. Most “lab-on-a-chip” devices require computers, technicians, and expensive laboratories to pump precise amounts of liquid through a microfluidic chip. But a hand-cranked mechanism could eliminate all that; Prakash’s idea wouldn’t even need power. “What we’re doing here is steampunk chemistry,” he says.

Prakash, who heads a Stanford University research lab, recruited graduate student George Korir to help create a sophisticated scientific device that works like a music box. First, the duo had to figure out how paper punched with patterns of holes–each keyed to a different chemical reaction–could activate tiny mechanical pumps and valves to generate nanoliter droplets. Twenty-some prototypes later, they’re preparing their apple-size invention, Punchcard Programmable Microfluidics, for mass production. While conventional microfluidic pumps can cost $1,500 each, Prakash says this device, which contains 15 pumps, will run $5.

Relatively simple to use, the instrument will enable anyone with a chip and a hole punch to perform a complex chemical reaction, such as diagnosing disease from a blood sample. Even lightly trained medical providers in rural areas and developing countries could identify, and thus control, fatal illnesses. “I grew up in Kenya and saw a lot of preventable suffering,” Korir says, “so I’m passionate about getting the right tools to the people who stand between life and death.”

Invent things that make people’s lives easier, safer, or more creative. Explore big problems—what could you invent to get me from New York City to London in 15 minutes? Explore small problems –what would it take to manufacture nanoscale ball bearings?