Pens And Paper Are Holding Your Kids Back, Says Microsoft

Oh and also, Microsoft has several products that can help 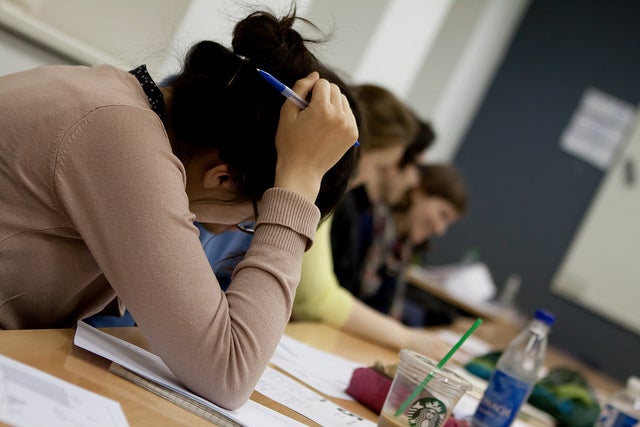 Modern classrooms aren’t working for kids, according to Lia De Cicco Remu, the director of Partners in Learning at Microsoft Canada. “Our schools are like jails–brick walls, colorless, not very engaging or exciting,” she tells the Georgia Straight, days before a Microsoft educational summit in Vancouver.

This grim declaration is a part of De Cicco Remu’s push for pencil-less classrooms. She believes pencils, paper, and chalkboards are all outdated methods of teaching. If De Cicco Remu has her way, “inking”, or using a stylus and a tablet, will be the new handwriting. Also, kids need to have the appropriate products–all Microsoft, of course. (She plugs Office 365 and OneNote as being helpful for classroom settings.)

“When was the last time you used a piece of chalk to express yourself?” De Cicco Remu asks. “Kids don’t express themselves with chalk or in cursive. Kids text.”

De Cicco Remu isn’t the only one who thinks classrooms are behind the times–many have criticized schools, saying traditional teaching methods are too passive and don’t inspire creative thinking. Classrooms that have integrated technology into the curriculum, on the other hand, are praised for increasing creativity, motivation, and self-esteem.

Besides, it’s no secret that kids are struggling in school. In 2013, PopSci wrote about how U.S. science classes aren’t adequate after 69 percent of American high school graduates failed to meet college-readiness benchmarks in science. Memorization isn’t cutting it, and teachers need to adopt a more flexible and interactive teaching style.

Technology is likely a stepping stone to better education. A few years ago, a UK study showed that students learn math faster and more effectively with multi-user touchscreen desktops. This teaching method invited collaboration and interaction. When tested afterward, 45 percent of the students solved more math problems than before the experiment, as opposed to only 16 percent taught via traditional pencil-and-paper methods.

When kids go home, they’re surrounded by devices, and they spend a lot of time online. De Cicco Remu says it’s unfair to expect them to behave so drastically different at school.

For teachers who are hesitant to move away from the traditional teaching styles, she has a message: “Shift or get off the pot. Seriously, it’s not fair to the kids.”