Researchers May Have Found A Fragment of Amelia Earhart’s Plane

A patch of aluminum discovered in 1991 has been identified as part of the long lost aircraft. 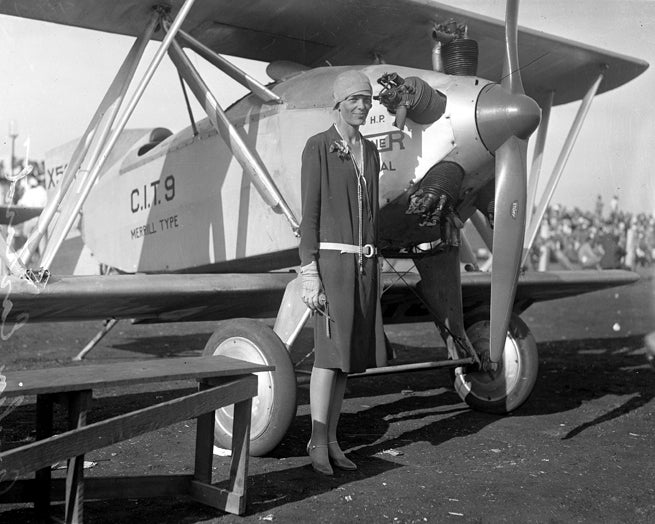 Amelia Earhart disappeared 77 years ago, but 2014 is turning out to be a banner year for her. Her namesake completed a memorial flight around the world, reenacting the original Earhart’s infamous flight (without so much of a tragic ending). Now, a group believes that they have found a piece of Earhart’s ill-fated plane.

The International Group for Historic Aircraft Recovery (TIGHAR) announced in a press release that they had positively identified a piece of aluminum as belonging to Amelia Earhart’s plane. The fragment was discovered on Nikomuaroro, a remote island in the Pacific in 1991, but was only recently identified as a patch from Earhart’s plane, which was attached to the aircraft in Miami prior to her attempt to circumnavigate the world in 1937.

TIGHAR found that the artifact had a pattern of rivets unique to her aircraft, based on pictures of the plane prior to its disappearance, as well as comparisons to a surviving Lockheed Electra (the same type of plane Earhart was flying in when she disappeared.) The non-profit group has focused on Nikomuaroro for years, believing that instead of crashing in the Pacific after they ran out of fuel, Earhart and her navigator crash landed on the island’s reef, and survived for some time before Earhart perished weeks or months after the crash.

The organization has launched numerous expeditions to Nikomuaroro, including some that have earned the support of celebrities, like Hillary Clinton. They have identified numerous artifacts on the island that could be related to an Earhart crash, but all the evidence so far has been circumstantial, including fragments of what could be a woman’s compact and a jar that could have contained freckle cream (Earhart was reportedly embarrassed by her freckles.). The panel is the first peice of evidence that directly ties Earhart to the island.

Though the group has attracted many supporters and tons of public interest, TIGHAR hasn’t been entirely without controversy. There is a lawsuit from an unsatisfied donor who claims that non-profit already located the plane in 2010. TIGHAR vehemently denies the claims, and has raised money to cover the legal cost of the suit.

The organization relies on donors to fund its expeditions to the island. The next one is scheduled for June 2015, in which the group will be focusing on an anomaly noticed on the last expedition, which could be part of Earhart’s plane. After announcing the identification of the panel, TIGHAR Executive Director Ric Gillespie told Discovery News: “Funding is being sought, in part, from individuals who will make a substantial contribution in return for a place on the expedition team.”