The Surface Book 3 and the Surface Go 2 bring more power to the extremes of the lineup. 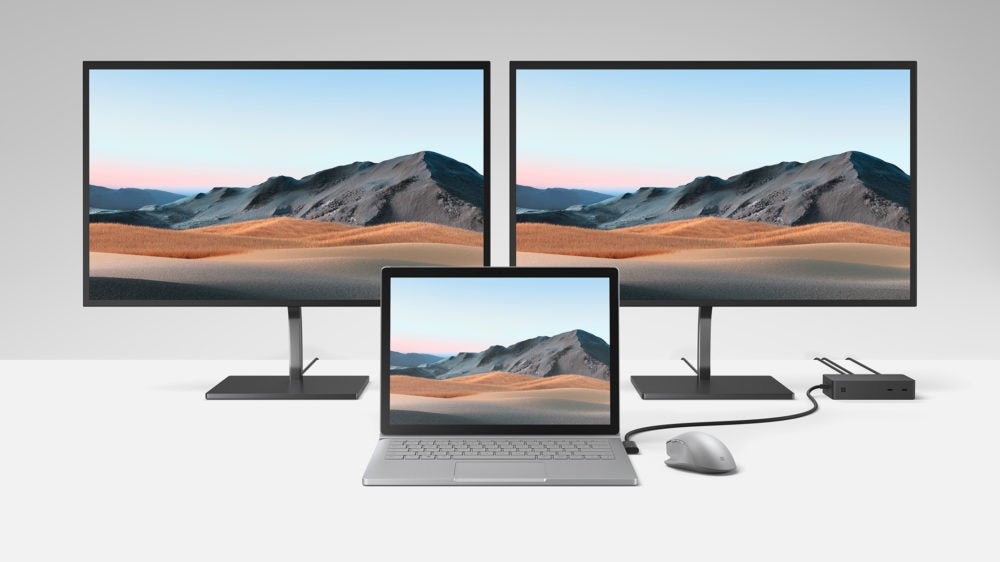 The original Microsoft Surface Go was a big deal despite its relatively small $400 price tag. The entry-level tablet was somewhat underpowered for anything beyond basic computing tasks, but adding the $99 keyboard case turned it into a surprisingly capable little productivity machine complete with the touch-enabled features you’d expect out of a Surface product.

Today, Microsoft announced the Surface Go 2, which raises the ceiling on its tiniest Surface device. The screen area itself is now bigger, checking in at 10.5 inches, up from 10 inches before. The extra display real estate comes from a shrunken bezel.

The base model remains at $400 and comes with 64GB storage and 4GB RAM, as well as a somewhat paltry Pentium Gold 4425Y processor, which probably won’t create that much of a performance rift between the update and the previous model. If you’re willing to spend some extra cash, however, Microsoft will throw in an 8th-gen Core m3 processor. Combined with 8 GB RAM and 128GB of storage, that brings the price up to $630, but should increase performance considerably so you can be sloppy about the tabs you have open.

Climb further up the chain to the $780 and $880 models and you can add LTE connectivity. Once you get to that point, however, the device loses some of its entry-level charm since you’re paying as much as you would for a full-fledged laptop.

With schools suddenly forced to place even more emphasis on distance learning via digital devices, cheaper models will likely get more attention in the coming production cycles. Chromebooks still have a dominant position in the education market, but competition could increase if schools need to ramp up their arsenals of digital devices.

On the other end of the Surface spectrum, the new Surface Book 3 is Microsoft’s answer to higher-end laptops like the MacBook Pro. Microsoft’s machine still comes in two sizes, 13.5 inches and 15 inches. Now, however, both models tote vastly updated processors and GPUs to bring them up to current user expectations.

The 13.5-inch Surface Book 3 offers a Core i5 with integrated graphics, or an updated spec with an i7 processor and GeForce GTX 1650 graphics.

The 15-inch machine offers the same Core i7 processor, with the choice of a slightly upgraded GTX 1660 Ti or a considerably more powerful NVIDIA Quadra RTX 3000. That’s a serious upgrade over the previous generation Surface Book, but falls quite shy of the specs you’ll find in the current 16-inch MacBook Pro.

From a design side, however, Microsoft hasn’t changed much of anything. That has always been one of the Surface Book’s strong suits, including the sturdy hinge that’s extremely reliable and burly, but leaves a slightly annoying gap between the keyboard and the screen near the joint. The company also hasn’t changed the keyboard, which provides a generally excellent typing experience.

It’s easy to forgive someone who forgot Microsoft even makes headphones in the first place. We first heard about the Surface Earbuds back in October, but they’re just now ready to hit the market. As a pleasant surprise, the original $250 promised price tag has now dropped down to $199 despite no changes in functionality. That makes them more expensive than Google’s new $179 Pixel Buds and Apple’s standard AirPods, but $50 cheaper than the AirPods Pro.

The Surface Headphones 2 haven’t changed much at all from what came before, but the price has dropped from $349 to $249 and now you get extra battery life, promising up to 20 hours of playback on a charge with the active noise cancellation engaged.

This kind of hardware typically arrives this time of year to coincide with Microsoft’s annual Build developers conference. Now, because of the coronavirus pandemic, the event will take place May 19th and 20th as a virtual event. We’ll likely hear more about the company’s software plans during that timeframe, so if you’re excited for Windows news, keep an eye out around that time.